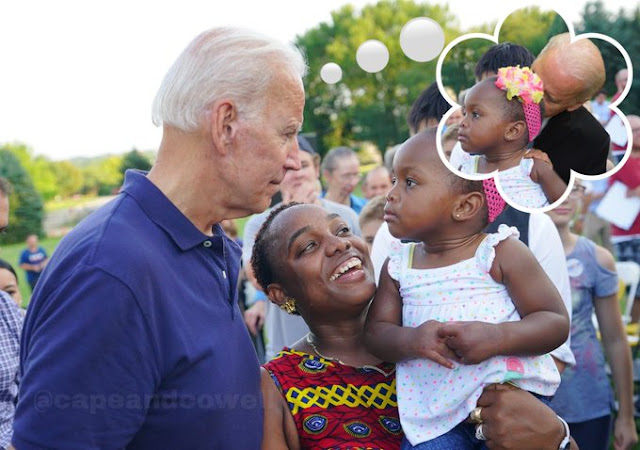 Have you visited Joe Biden's Twatter feed? He typed out a doozy the other day:

If this election is NOT a joke then how could it be that Lunch Bucket Joe Biden is even in the race to say nothing about leading the field? The #FakeNews is lying their teeth out right now trying to kill off the Biden candidacy by citing Monmouth University's polling "outlier" claiming a 3 way tie between Biden, Crazy Bernie and Pocahontas - it's bullshit. Joe Biden is ahead by double digits and he's going to stay ahead all the way to Iowa and New Hampshire because he's tied up the Union and Black vote so none of these other clowns have a chance of beating him. Once he wins in Iowa and NH he will slay them all in South Carolina and the Democrat race for the nomination will he over.


This will be an amazing achievement because, it must be said, Joe Biden is completely incapable and unfit to be President of the United States of America. His "gaffes" (as the #FakeNews likes to call them) are not gaffes at all but absolute disqualifiers and if this beady-eyed know-it-all didn't come from Delaware and take orders attentively from the oligarchs and financial institutions that run that "off shore" state then he would have been washed out 40 years ago. Lucky for him (and his family) he does take orders well and the only losers have been the good citizens of Delaware and the American People who have had to listen to this pompous blowhard pontificate on race relations, "our" values, "his" religion, women, foreign policy and Scranton for the past 45 years. It's not fair, we don't deserve it, but it looks like were going to get another 14 months of the Dwight Schrute of American politics and that is a wonderful thing for the KOTCB blog.


If Biden had not been "pulled off the trash heap" and installed as VP by Obama then he'd probably be polling at about 3% (like all his other Presidential runs) but since he was tapped by Barack to 1. get him out of the Senate and 2. placate the finance crooks and white supremacist Union members he is now top dog - in a dog race. The other candidates are even mangier dogs than Biden and that includes his closest competitors:
It breaks down like this:

That leaves us with 15% of "the undecided vote" which are the people who really don't think about politics until Halloween 2020 and then (and only then) will they think about who they might vote for. FYI - these squishes will end up voting for Trump.

That's why all the hyperbole and "hair on fire" rhetoric from the Donkey herd is actually true. 2020 is an "existential threat" and Trump's next electoral victory will "end the USA" as they know it by "organizing an attack on POC." "Trump is using immigration to rip this country apart" because he "does not value humanity" in the same way that Stacey Abrams "values humanity" (i.e. Humanism). Instead of "looking the other way on racism" the Trump voters are looking right at it and through it to something much bigger and more important than racism or sexism or any other ism or phobia the Cucks pushing a SJW agenda are focused on - Trump voters are looking at Freedom, Competency and True Humanity which is why they pulled the lever for the Elvis from Queens in November 2016 and why they continue to fill stadiums to see the show. The power of incumbency is insurmountable (every professional politician knows that) which is why none of the Democrat heavy hitters are even bothering to run in this election - Sherrod Brown, Andrew Cuomo and Terry McAuliffe are all watching from the sidelines. That leaves it to old Lunch Bucket Joe to go get slaughtered with dignity while keeping some semblance of the Democrat Party intact for a 2024 resurrection. The problem, for the Left, is that 4 more years of Trump will solidify the MAGA transformation and they'll be staring down the long road (70 years) of a Keep America Great political establishment with no time for immigrants, race based preferences, gay civil rights or #MeToo skank making our world less free, incompetent and mechanical. They'll be finished. Washed out.

One of those HOPE-less Democrats named Kristen got flushed down the toilet bowl yesterday and we can all hope her miserable political career drowns in the deep waters of the swamp. FWPOTUS hammered the bitch hard:

A sad day for the Democrats, Kirsten Gillibrand has dropped out of the Presidential Primary. I’m glad they never found out that she was the one I was really afraid of!
— Donald J. Trump (@realDonaldTrump) August 28, 2019

KrisGill isn't the first 1%er to drop out of the race, and every time Hickenlooper or an Inslee drifts off to the deep end at least 60% of their voters move to the Joe Biden camp. That's because 40% of the Democrat electorate are insane and they'll begrudgingly push out a hanging chad for Biden election day but their heart is with Bernie or Lotus Flower. They'll never be happy and the inconvenient truth of the matter is that these "woke" jackasses will #NeverBeHappy because they're living in the USA. For them MAGA/KAG is a horrible existence when the glass floor shattered in 2016 their future went into a freefall. Now they're living a JoeK. Hahahahahahahahahahahahaha 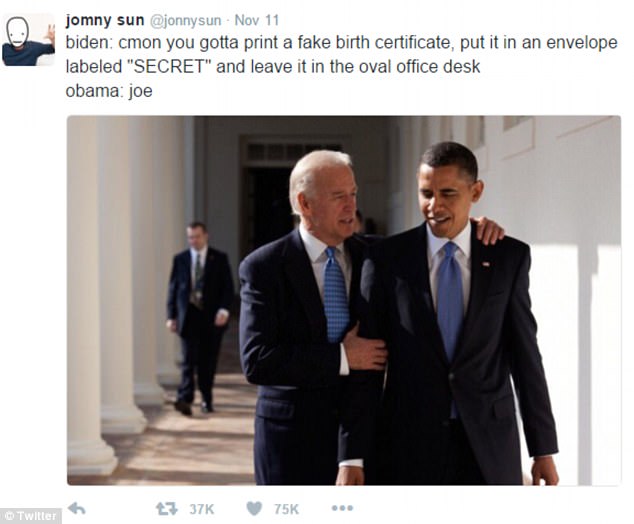