April 11, 2016
Let me take you back to the early years of the millennium when war fever ran high and though Sadam had yet to be pulled from his hidey-hole in ad-Dawr the shit was real and coming down fast. 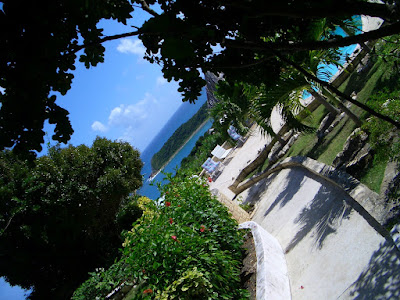 As luck would have it I was not trudging through the desert of Iraq at this time but rather kick'n back feet in the sand, limeade in hand at a fashionable resort on a leeward islands in the West Indies. Happy, heady days with the spring sun baking and aqua ocean beckoning the "war on terror" seemed a world away and pretty darn remote to me and my fellow swells vacationing in the middle of nowhere. It was a cosmopolitan crowd - not just Yanks but Englishmen and assorted Euros who had flown 7 hours across the pond to stroll the pink beaches and listen to the steel drum drift on the gentle breeze. "How do these Europeans afford these vacations?" I asked one of the financiers in my group knowing how our Continental cousins are taxed up the wazoo it seemed amazing that they could spare the extra coin for travel and housing at the compound - it wasn't cheap! "Oh, they keep most of their money off-shore so the government can't touch it" was my friends reply. So that's how it works in these quasi-socialist countries I thought - the .01% just hide their cash from the tax man and they live high and mighty drafting checks from an off shore account to pay for all their goodies.

How much cheddar are we talking about here? Well, in 2012 one estimate had it pegged at $21T (basically the current US national debt) and it's stashed all over the globe. 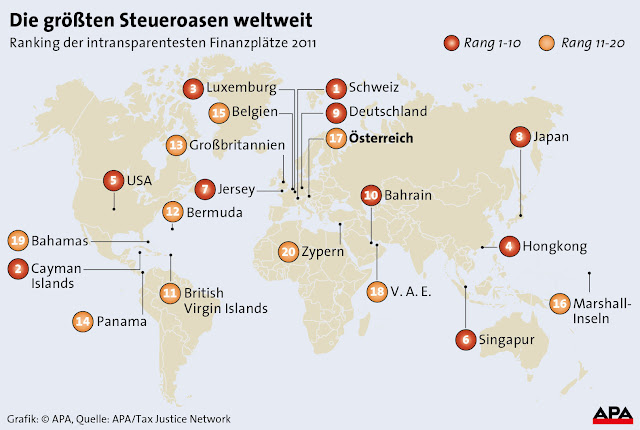 So when a story like the Panama Papers breaks there's a lot of explaining to do. Most folks just don't take the time to explore the world of off shore banking and can't understand the risk/reward calculus that makes it such a great business. They don't understand their own countries banking laws much less the loopholes created for savvy money men that let them hide away their gains. You'd think some politician would try to do something about it but..


Political will is lacking in part because, as we’ve seen this past week, many politicians take advantage of financial secrecy to manage their own wealth. But another reason is the formidable challenge of “getting international agreement for some form of convention,”

And if you ever wondered how an lying imbecile like Joe Biden could become VP or a reanimated corpse like Harry Reid can become a Senate leader it's because they're in on the game too.


At the same time, the United States has not joined nearly 100 countries in agreeing to participate in an embryonic, multinational financial-data exchange organized by the Organization for Economic Cooperation and Development. And U.S. states like Delaware and Nevada have recently become hubs for low taxes and corporate confidentiality. Americans “discovered that they really don’t need to go to Panama,” Henry, of the Tax Justice Network, told Fusion earlier this week. “Basically, we have an onshore haven industry in the U.S. that is as secretive as anywhere.”