Hitlery gets a spray tan 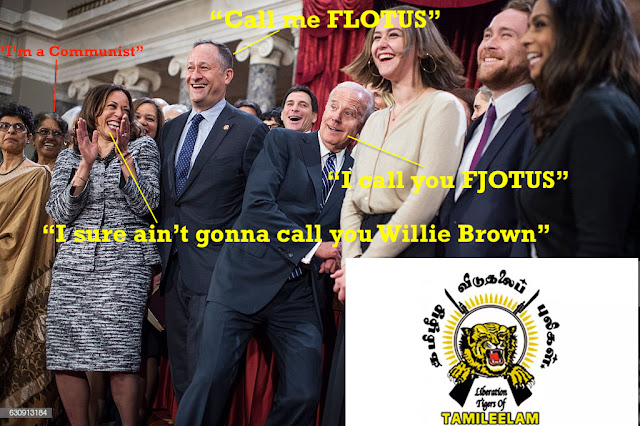 It's been in the works for a while but on Monday Lotus Flower announced her candidacy for 2ndFWPOTUS and The Grey Lady creamed her pantsuite:

WASHINGTON — Senator Kamala Harris, the California Democrat and barrier-breaking prosecutor who became the second black woman to serve in the United States Senate, declared her candidacy for president on Monday, joining an increasingly crowded and diverse field in what promises to be a wide-open nomination process.

Reading between the lines what the NYTimes is saying here is that "what promises to be a wide-open nomination process" is just another broken promise because we've already decided who the nominee is going to be and her name is Kamala Harris. The Atlantic gave Kamala the green light in October of 2018 and The Jacobin called it in August of 2017(!!!) and on MLK Day 2019 it became official thus ending the primary battles and the entire 2020 election (if you live in the UK).

There is no doubt, even among her opponents, about her strength of character, her will to succeed, and her ability to fight. The only question for her now is can she whip up crowds, generating the kind of fervour that Sanders did in the 2016 primaries? On the evidence so far she almost certainly can. She has a clear message, the CV for the job, and the X-factor that Hillary Clinton did not. 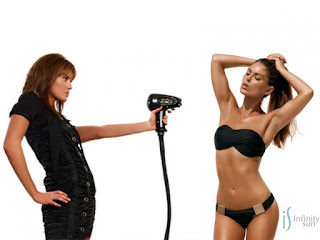 And that X-factor is what? As far as I can tell its a $25 spray tan because in so many other aspects - Lawyer, Political Lifer, Establishment Shill, Programmed Speaker, Risk Averse, Opportunist - there's not a dime's worth of difference between KH and HRC. The general "thinking" in the #FakeNews and political class is that Senator Harris can reestablish "the Obama coalition" and retake the the White House in a sequel titled "Hope Part Deux" but I have my doubts that the Progressive hoard can capture lightning in a bottle a second time. They sort of blew their load with The One and #2 looks brown and smelly to anyone not wearing rose colored (pinkish) glasses. Besides her "color" there's nothing separating Kamala from Kristen or Elisabeth or any other of fembots the Democrats are proposing to inflict on the USA and none of these gals can out "woman" The Überfrau. So it's all about color and this is where the Democrats have a glaring, self inflicted, blind spot which will become painfully apparent to Kamala Harris and her supporters as the primary season unfolds in Iowa and New Hampshire and that is this: Though it's true that Obama was "America's First Black President" (FBPOTUS) it is also true that he was, at the same time, our 44th White President and that was a HUGE unspoken component of his winning coalition - what is now called The Obama Coalition. I know it's not fair. I know it's a horrible thing to say. I know it's "racist" to the minds of those who deny this simple fact of biology and cultural upbringing and education. The fact remains that voters - white, racist, deplorable voters felt comfortable casting a ballot for Barack because he was White and they knew it because they saw it in the man. It's why lily white liberals loved him in a way they could never love Jesse Jackson or John Lewis or Clarence Thomas or Alan Keys (if you want to get really weird). It can't be replicated ever again. The only candidate that could challenge DJT in 2020 is a man's man like JFK or LBJ and there are no more men like that in the Democrat party so... they're gonna lose.