But he was also a late sleeper 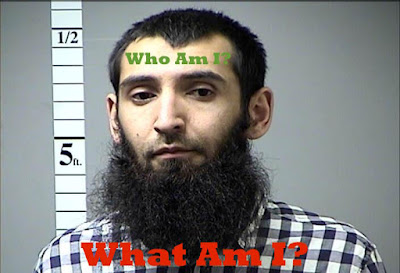 I was meandering down a back country road the other day and heard the most imperfect messenger, Glenn Beck, ranting about current events squawking from my pick-up truck speakers. Mr. Beck and his radio side-kicks were talking about... what was it again? Was it a terrorist attack? Sexual harassment? The DNC scandal? Uranium One?Pedophilia? Iran? NorkNukes? I just can't remember right now but I do remember Glenn's declaration that he "hardly recognizes the country he's living in anymore" and how darn confusing and scary everything has become (Note: buy a Liberty Safe and some Gold). And Glenn often says "I do not recognize my country anymore" but this time it struck me as a little odd because everything he was complaining about has been going on in our (formally his) country for the past 30 years. He is nominally a "newsman" having worked at CNN and Fox and, having lived and worked in the belly of the beast (so to speak), he should be aware of what's going on in the world - privy to the inside information that is kept out of the public sphere out of fear and greed - but he pleads ignorance and surprise. Shocked:

It's all been going on for decades but Glenn Beck (and a lot of other people) are just waking up to the "reality" they've been sleep walking through while whistling a happy/sad tune. And on no subject is that more true then the reality of Radical Islamic Terrorism. Why this is so is a mystifying and troubling subject to grapple with and perhaps some future historian or archeologist will give far off generations an answer. But we have to grapple with terrorism today and despite the efforts of this Keeper of the Clown Bell blog the powers that be simply don't get it. When I talk about terrorism I'm not talking about Stephen Pollock (about whom we know nothing) or Devin Kelley (about whom we seem to know quite a lot) - I'm talking about Sayfullo Habibullaevic Saipov from Uzbekistan about whom we know all we ever need to know simply because he grew up in and is from the nation of Uzbekistan. The NYTimes goes deeper in the aptly titled "Sayfullo Saipov, the Suspect in the New York Terror Attack, and His Past" where they report this gem:


At one point, Mr. Saipov made his way to Fort Myers, Fla., where he met a fellow Uzbek immigrant, Kobiljon Matkarov, 37. Mr. Saipov was working as a truck driver at the time.
“He was a very good person when I knew him,” he said. “He liked the U.S. He seemed very lucky, and all the time he was happy and talking like everything is O.K. He did not seem like a terrorist, but I did not know him from the inside.”

Or how about this one from the NYPost "Wife ‘shocked’ husband arrested for NYC terror attack" which tells us that Saipov's wife, Nozima Odilova, seemed “shocked and horrified and scared and sad” after being grilled by the FBI and this:


Other neighbors on Genessee Avenue where Saipov lived said nothing struck them as unusual about the 29-year-old father of three young kids.

Not to toot my own horn but I nailed this 2 years ago in KOTCB Mastermind when I noted the impossibility of stopping these Islamic terrorists using any conventional method of deduction. Here's the direct quote:

And you know what? Saipov was an Uber driver!!! There is no way of knowing weather one of these guys (or gals) is a terrorist because to them - "inside" - they do not see themselves as terrorists. They see the sleepwalkers like Glenn Beck, they watch House of Cards, they know the political process is corrupted, they see the disunity and disfunction of Americas multicultural mosaic and they want to destroy it completely. Terrorism is a tool or strategy of war designed to change the behavior of your enemy to achieve some desired end - Forward and Not A Step Back! along the Shining Path - but what these "terrorists" desire is the complete annihilation of The West. They're not terrorists like the IRA, the Tamil Tigers or Sendero Luminoso - The jihadi threat is not "terror" but obliteration and when politicians and hand-wringers on the Left rightly claim that these obliterators don't represent Islam it sounds weak because they they can't bring themselves to say what they do represent. If they did, there would be no immigration to the U.S.A. from Uzbekistan or Kyrgyzstan (Tsarnaev brothers) or any other "stan" along the Eurasian Steppe because it is from people born in this fertile land that civilizations (Western and otherwise) have been destroyed over and over and over again throughout the course of human history. You don't need to be in the CIA to know this fact - it's not hidden knowledge. In fact every book on world history tells the tale of marauding hoards riding out of the steppe to wipe-out the established civilization of the day. And now, for reasons that cannot be explained and will never be understood our national leaders have decided it's a good idea to import these people into a place they could never get to on horseback. 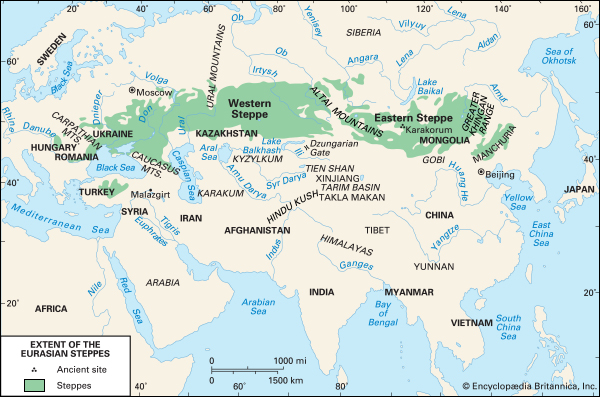 Don't believe me? Here's a passage from History of the World (Penguin Books) by J.M. Roberts:

"No one knows the ultimate origins of the peoples of central Asia. They seem distinctive at the moment they enter history, but more for their culture than for their genetic stock. By the first millennium B.C. they were specialists in the difficult art of living on the move, following pasture with their flocks and herds and mastering the special skills this demanded. It is almost completely true that until modern times they remained illiterate and they lived in a mental world of demons and magic except when converted to the higher religions."

And conversion to the "higher religions" did little to change millennia of "distinctive" cultural programming - just read up on the way Saipov wandered around the USA once he got here. Look, I like Iranian Kabobs and Chinese food more than your average American but I'm willing to forgo a bowl of Uzbek plov to keep our citizens safe from obliteration. Only a nation that has lost it's collective mind would import, by lottery, people from the steppe (and many other places) into their functioning and wealthy civilization risking everything for nothing. This policy is symptomatic of a late sleeper who still has not completely woken up.