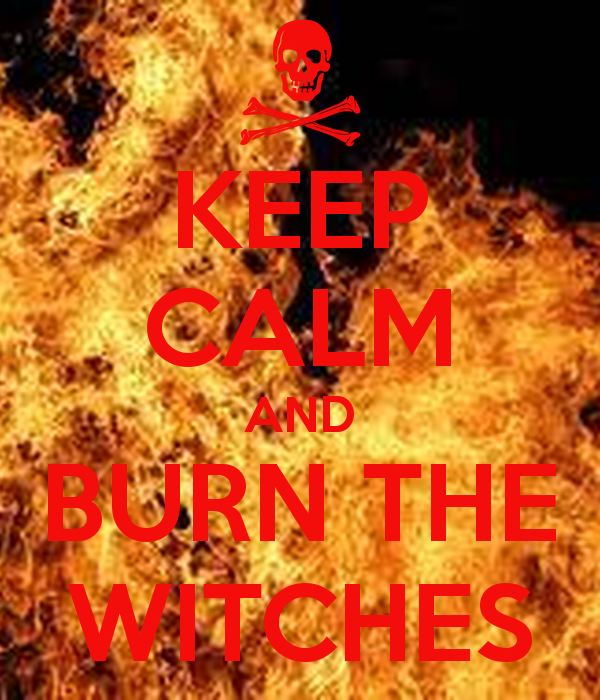 As one who's been lectured on the evils of McCarthyism my entire life the ironies of this Russian witch hunt are hilarious but there is a down side to accusing a nuclear power of committing an "act of war" just because you lost an election. Democrats should probably sit on their hands like they did Tuesday night, shut up and listen for a year or two - then they can raise their hand politely and ask a question. I know they would rather trigger a planet ending apocalypse than give up their power, but the rest of us don't want to die in a sacrificial fire to their pride and greed.

As the KOTCB blog has pointed out twice before (The Complete Idiot's Guide to Vladimir Putin and Out like Flynn) it is almost a certainty that Putin and the Russians were waiting for the Trump Train to pull into the station and bring a new sheriff to town. It's not personal, don't worry Democrats, it's not that Vlad Putin hates you or whatever, it's just business and global security, that's all. I've said for years that great powers need other great powers to be great. It's the difference between playing tennis with a weak player and a great player - the weak player will diminish your game, the great player will elevate your game. Putin's been playing against the JV squad for 8 years and he's tired of it - it's hurting his game and, because it's not tennis but geo-politics that he's playing, putting the world in a dangerous place. 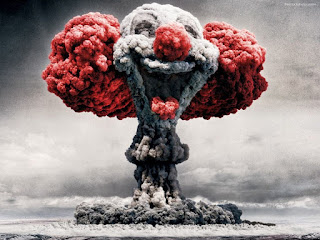 For an idea of what I'm getting at go take a few hours and listen to Dan Carlin's "The Destroyer of Worlds" from his Hardcore History podcast. The subject of this talk is the emergence of the nuclear age and how the USA and Russia almost blew up the world during the first two decades of the cold war. The threat of these super weapons changed EVERYTHING because their sheer power is too lethal  for humans to manage and the stakes of miscalculation or human error are impossibly high. There's also an overview of how the Russians influenced the outcome of the 1960 presidential election because they thought Kennedy would be easier to work with than Nixon (so there's nothing new under the sun). This nuclear "Sword of Damocles", as Carlin calls it, changed everything from presidential power (he's got his unilateral finger on the button) and the establishment of the NSA to Americas relations with all the nations of the world - especially Russia. It also impacted the American culture and for those who think "baby boomers destroyed everything" it must be remembered that in addition to "too much license, TV, and unearned wealth" the Boomers also grew up believing, with almost certainty, that they and their world was going to be incinerated at any moment.  Distorted personalities? You bet your ass they are, but can you blame 'em. And a lot of those Boomers are now working our intelligence agencies:


The frenzy on Wednesday night began with a revelation in the New York Times that members of Barack Obama’s administration had left a trail of breadcrumbs for investigators who happen to be looking into the Trump campaign’s contacts with the Russian government. The report revealed that intelligence officials intercepted communications between Russian officials and “Trump associates,” and that the administration worked frantically in the final days to ensure those revelations could not be buried and forgotten after they left office.

One of those "associates" was a sitting US Senator named Jeff Sessions and the fact that other US Senators don't have a problem with the NSA intercepting and leaking a colleagues communication tells you all you need to know about how desperate and helpless the Democrats feel right now. This premeditated and low hit job on the Attorney General is political theater at it's worst but also a pernicious media lynching that everyone involved - the spooks, the congressmen and the media - knows to be both true and false. It's true that the Russians wanted Trump to win and did everything in their power to bring about that result but it's false that Jeff Sessions (or any other "Trump associate") had the power to make Putin's dream come true. How do the Democrats know that Russia supported Trump in the 2016 election? Because they obviously asked Putin to support their candidate (as they had done in elections past) and he said Nyet with Her. And here we come to the problem of leaving a "trail of breadcrumbs" as markers along the path because they almost certainly will be gobbled up by scavengers and you'll find yourself lost in the woods and, before too long, confronting the witch.

Eventually some enterprising reporter is going to ask a very simple question with a very stark answer. Why didn't Hitlery offer the Russians a better deal and win their support? After all, Putin has no ideological commitment to either party and certainly isn't animated by the notion that we should Make America Great Again. If anything, his political sympathies probably align more with the Democrat party than the GOP but from a practical standpoint he sees America as a unified whole with a bipartisan foreign policy and nukes threatening his civilizations annihilation. Surely there were "Clinton associates" in communication with representatives from the Kremlin like, perhaps, and this is just off the top of my head, Hillary's husband, Bill Clinton, former President of the United States. Is it within the realm of possibility that The Great Stain Maker might have lobbied the Russians on behalf of his wife and promised just about anything to get their backing and accompanying dirty tricks unleashed on her competitor? How about members of the Obama administration - John Kerry et al - or the FBPOTUS himself because, after all, it was his legacy on the line and Russian help in securing it would have been welcome? When you think about it, Putin owed Obama and Hillary a lot so it must have really pissed them off when Vlad jilted them and found a new товарищ. But like I said, it's not personal, it just wasn't working out. The Russians knew Hillbilly all too well - had been dealing with them for 30 years and didn't want another day of it. Besides, they don't think highly of women in politics and, broadly speaking, they don't think highly of woman period.

Since 1993 the Russians have been dealing with Warren Christopher, Madeleine Albright, Colin Powell, Condoleezza Rice, Hillary Clinton and John Kerry as Secretary of State and there's a lot of estrogen in that list. This time around the Russians decided to take a page out of TI's play book and look at the Big Picture, dump the rash emotional woman and back the Elvis from Queens instead.