Driving to lunch today I thought I might listen to a report on the saga of Michael T. Flynn from someone on the "inside" of his demise so I tapped some buttons on my iPhone and streamed up the TYTimes podcast called "The Daily: The 47-Day Fall of Michael Flynn." Typical NYTimes hand wringing over "facts" spoon fed their reporters by "deep state" psych-opps professionals who unleash these same tactics on nation states all around the world in an effort to twist elections or overthrow governments or just gum-up the works and make life miserable for whoever it is running the show. Usually it's not even personal or strategic but just something to do - I mean they've got to do something to justify a paycheck - and hey, if it all blows up and a major crisis results from their meddling then fine because that just means more work for the many NSA cabals stirring the pot. This time it's personal and strategic:


"The growing consensus at this point is that Russia chose sides in the election, and it chose Trump — now the president-elect."

This is not surprising to anyone who's read the KOTCB blog, and it shouldn't surprise anyone - not even Democrats who write for the NYTimes - because 1. Russia is always picking sides and influencing our elections (for good reason) and 2. Does anyone think Putin wanted to be dealing with Hitlery for another 4 years of incompetency? That's right, the Russian's meddle, they influence, they spread propaganda, they lie, they murder, they do whatever they can to improve their situation in the world just like we do. "You think our country's so innocent?" And who can blame them for wanting to sink HRC and her widely believed to be top choice for Sec of State Wendy Sherman? No, I'm not making that up. But what does any of this electioneering sabotage have to do with Gen. Flynn and his 47 day fall that ended with a thud late Monday night? 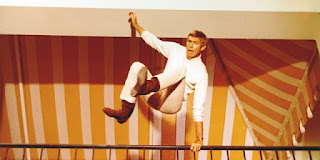 After the election of Donald J Trump to POTUS the Democrats were so angry they started lashing out and searching for scapegoats to blame for their defeat (as you might remember the election was theirs to loose and to be clear DJT only had something like a 5% chance of winning so there was shock and confusion in Blue America) and they first attacked the voters, then Her campaign staff, then the FBI and finally the Russians. The Russians were the perfect foil because 1. they DID try to get Trump elected and 2. they can't really fight back and 3. no one in America can fight back on their behalf without looking like a Putin fan boy and Russo-nationalist collaborator in the mold of someone like, say, Gen. Mike Flynn. So Obama slapped sanctions on the Russian's and kicked a bunch of their diplomats out of the country - and why not start an international crisis over the fact that your fat old, screeching, infirm, drugged up bitch couldn't win a presidential election? Great move Barack and thanks for the brown bag filled with dog poop you left on the front door. So Gen. Flynn called the Russian ambassador in D.C. and told him not to worry about it, that everything would blow over after Jan. 20th when the Elvis from Queens assumes office. No big deal. Happens every 4 to 8 years whenever a new guy takes over.


Look no further than the 1967 spy comedy thriller "In Like Flint" and the battle between Z.O.W.I.E. (Zonal Organization World Intelligence Espionage) represented by Mike Flynn and the Fabulous Face organization lead by Hillary Clampett. "Brain and hair washing at the same time."


Just replacing the name Flint with Flynn in this plot summery from the IMDb web site you get a good idea of what's going on inside our dysfunctional government.


"Flynn is again called out of retirement when his old boss finds that he seems to have missed three minutes while golfing with the president. Flynn finds that the president has been replaced by an actor (Flynn's line [with a wistful look] is "An Actor as President?") Flynn finds that a group of women have banded together to take over the world through subliminal brainwashing in beauty salons they own."

50 years ago Mike Flynn might have been able to figure out and disrupt the nefarious plots of the Fabulous Face organization as effectively as Derek Flint did in the film, but not in today's world. In 2016 Z.O.W.I.E. has been infiltrated by the Fabulous Face and completely corrupted by it's feminine designs and those traitors to America must be uncovered and purged. DJT, Mike Pence and Steve Bannon know what transpired on those phone calls just like the FBI and CIA hacks who handed over the classified info to WaPo and the NYTimes did, but they had to wait for the spooks to break the law and pass on the info in order to root them out. Now the administration is getting a good idea of who the "leakers" are and it won't be long before they get stamped out. 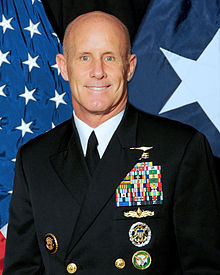 As for Flynn, my guess is that Trump didn't like the job he was doing as National Security Advisor and let him know, "You're fired." The Russians didn't seem to like that much, but maybe it was Trumps way of giving Putin a wake up call. "Thanks for winning the election for me now go pound sand because I just cut the throat (figuratively) of your chief advocate and you're going to have to prove yourself all over again. By the way, I'm replacing Flynn with this guy." So we'll see how the Russians like that and how the "deep state" likes it - my guess is that neither will be thrilled because there is a little discussed commonality in both Flynn and Harward that should cause fear in every spook foreign and domestic - Both of them are Rhode Islander's. That's right people - out of the frying pan and into the fire because the sons of the Biggest Little State in the Union are going to be deciding your fate in a Trump administration and there's no getting around it.