Not a child molester, just gay 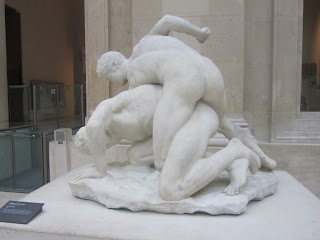 Remember 10 years ago when Mark Foley was considered too inappropriate for Congress? Forced to resign his seat for texting sexually suggestive messages to young pages that worked on the hill his "crime" was investigated by the FBI and Florida police but the cops came up empty handed - not enough evidence to press criminal charges. The House Ethics Committee was so disturbed by Foleygate that it investigated the GOP Leadership in the House to find out why they had not picked up on Foley's dalliances with male pages sooner - before it blew up into a national scandal that tilted the off-year elections in favor of the Democrat party, but the internal investigation couldn't figure it out either. Now I think we know - the Speaker of the House was a "chicken hawk" himself and probably viewed Foley's shenanigans as just another perk of "public service".

It never ceases to amaze me how upset the left wingers get over homosexual behavior by the high and mighty. The Chicago Trib dubs Denny a Child Molester! In todays America the age of a child has been extend to 26 so I guess they have a point but reading through the actual accounts by Individuals A, B, C and D I don't see any children, as I define children, being molested - young men, adolescents, post pubescent wrestlers yes, but not children. I don't say all this as a defense of Hastert who certainly abused his position of authority and let his libido get the best of him but I think his "problem" (if you're allowed to call it that) is a desire for sex with young men - not a desire to abuse children. It's a gray area to be sure but it exposes a downside to normalizing same sex eroticism and sodomy. Hastert bares witness:


In court, Hastert was asked about Cross, Reinboldt, and Individual B, and confirmed abusing each of them, though he said he didn't remember abusing Cross:
"You said you mistreated athletes. Did you sexually abuse Mr. Cross?" Durkin asked.
"I — I don't remember doing that, but I accept his statement," Hastert said.
"Did you sexually abuse Victim B?" asked Durkin, referring to another former wrestler who accused Hastert of performing a sex act on him when he was 14.
"Yes," Hastert replied quickly.
"Alright. And how about Mr. Reinboldt? Did you sexually abuse him?" the judge asked.
After Hastert replied, "That was a different situation," Durkin said, "If you want to elaborate, now is the time to do it."
Hastert conferred with his lawyer.
"I — I would accept Ms. Burdge's statement," he then said haltingly.
"So you did sexually abuse him?" Durkin asked.
"Yes," Hastert replied.

Yeh, "that was a different situation" and probably too difficult to explain the MABLA "relationship" they shared for years. Hastert attended Reinboldt's funeral (he died of AIDS) where the young mans sister, Jolene Burdge, confronted the Speaker of the House with these words, "I want you to know that your secret didn't die here with my brother." Secret? Does anyone think Hastert stopped chasing young flesh when he moved to Capital Hill? Is there any possible way that information like this did not find it's way to the Democrat Leadership in the House? This was no secret except to the general voting public and that is a problem that's turning the political world upside down.

Even Jeff Greenfield gets it.


"And the Trump connection? Much of his appeal is linked to the conviction that the political system is corrupt at root, that the people in power use that power to enrich themselves, and to shield them from accountability. What the Hastert case demonstrates—and what countless other examples, stretching across party lines and ideology, also demonstrate—is that this core belief rests on cold, hard facts." 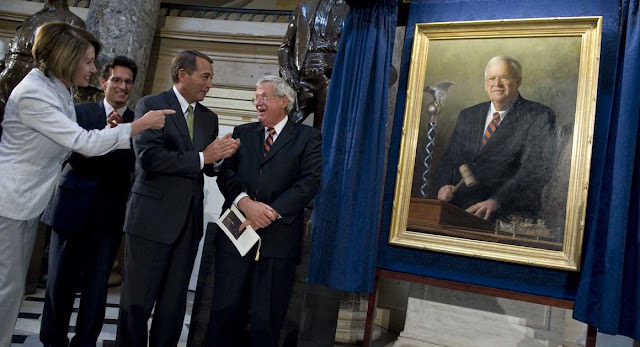