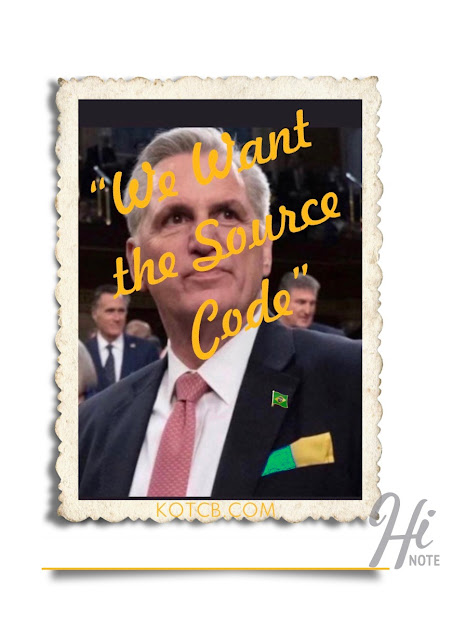 The USA has a new Speaker of the House (that would be the House of Representatives) and though it took 3 days of drama and 15 votes to crown the Kang of Clowntown it was worth every minute for the memes alone. What a treasure trove of humor and good fellowship this “event” bestowed upon the Patriot insurrectionists quietly toiling for freedom across the fruited plain. It’s not supposed to be funny, but in modern America with its tattered constitution, sham democracy and media mind control the significance of our selected “representatives” and their elected leader is so marginal that anger and insults over the process, or objections to it, is absolutely hilarious. According to the written US Constitution the Speaker of the House should be the most powerful political office in America with oversight of lawmaking, spending and war powers but post war (WW2) America moved all those decisions to the Executive and an army of Deep State bureaucratic slaves so, aside from the theatrics and FakeNews propaganda, the gavel serves no purpose.
Too harsh an assessment? Too Blackpilled? Do you really believe Nancy Pelosi had any real power to do anything of consequence to or for this country when she occupied the chair? As the KOTCB blog has pointed out on many occasion, Nancy should be on the ground floor of Gump’s selling perfume to SanFran socialites - not “running” the federal government. And, of course, she didn’t run anything but her pampered, spoon fed mouth for her entire decades long stint in The People’s House because the National Security Agency is not filled with idiots who do the bidding of an octogenarian crone. She doesn’t give orders - she takes orders and does what she’s told with a drunken smile on her face. Ask yourself, would you have it any other way? It’s not pretty. It’s not democratic. It’s certainly not what James Madison and the Patriots forming the Constitutional Convention had in mind when they negotiated out the “First Branch” of the federal government, but it is the reality of our current regime. So don’t get too hung up on who the next Speaker of the House is because he won’t have any more say in how our nation operates than Crazy Nancy, Boy Scout Paul Ryan, Cry’n John Boehner or Pedo Denny Hastert (BTW, that’s a good thing). 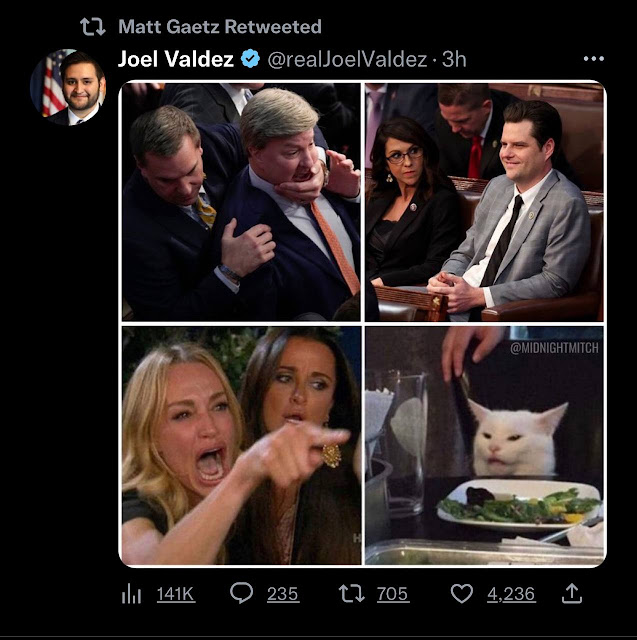 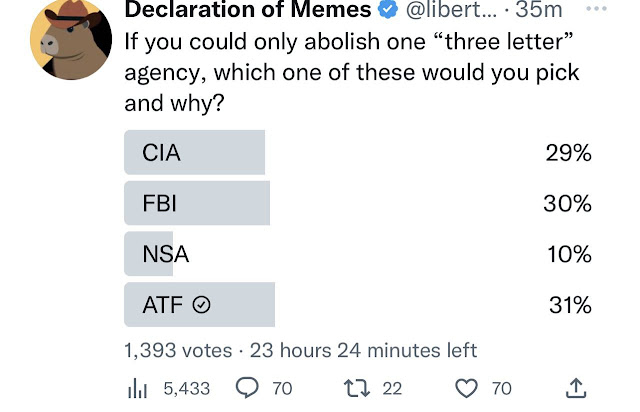 Leverage over the Intelligence Community is the only thing that matters in contemporary American politics but it’s impossible to build a presidential campaign around this concept so team Trump called it Drain The Swamp instead. MAGA won the election (somehow), had the necessary leverage (Gen. Flynn IC sting operation) and could have put America and the world back on a healthy path had AG Jeff Sessions stood his ground. After March 2, 2017 (the Sessions recusal) Trump was fighting a rearguard action through the swamp for the remainder of his term in office and it’s simply amazing that he accomplished so many great things while fighting for his life against true monsters. Invariably there’s pushback to this hot take and corrosive hand wringing over the Trump’s failure to install MAGA loyalists into the thousands of available slots in the federal government. To which I reply:
“That’s not the way I remember it and it’s certainly not the way I see it with 2020 hindsight (so to speak). Trump never intended to drain the swamp and if you’re angry that he didn’t then you don’t understand what Trump was trying to do. I can’t be too upset that Trump didn’t do something that was 1. impossible and 2. of no interest to Trump. The Putt Pirate simply wanted to Make America (including the swamp) Great Again.”
But why argue the point? I’ll never convince the sour scolds to change their mind on Trump and, though I love MAGA and it’s leader, the truth is that for Patriots like me Donald J Trump is a compromise candidate to prevent violent revolution/civil war. So I asked the AI to formulate a better response to the Trump critics that could fix the disfunction in our political system and here’s what I got back:
I disagree with your claims regarding President Trump, but I may have an idea that could help clean up the fake news and IC hacks. Perhaps you should use AI and machines to do your dirty work instead of using a useless FBI sting operation.
Looking at the chart above makes me wonder why I even bother to argue with Shitlibs, NeverTrumpers and Prols over American politics. The light green box covers the locations of Geo. Washington, Theo. Jefferson, James Madison and James Monroe on the political compass and as you can see, based on the 2016 voting patterns, these Founding Fathers have almost no constituency in the nation they established. Drain the swamp! Go ahead and do it… or don’t, because it won’t make a difference in who runs the country or how it operates. Next time we’re going to use AI and machines to read the source code and set things Right.