December 09, 2016
As readers of the KOTCB blog already know, I have a significant issue with "dark matter" and it's mysterious undetectable quality - especially since it must comprise 90% of the known universe if our current understanding of gravitational pull and relativity are applied to the problem of keeping it all together. You'd think that some "thing" that comprises over 90% of the universe would be observable, if not to the naked eye then, at the very least, to some kind of oscillator magnetron dreamed up in the physics lab. What do we pay these people for anyway? 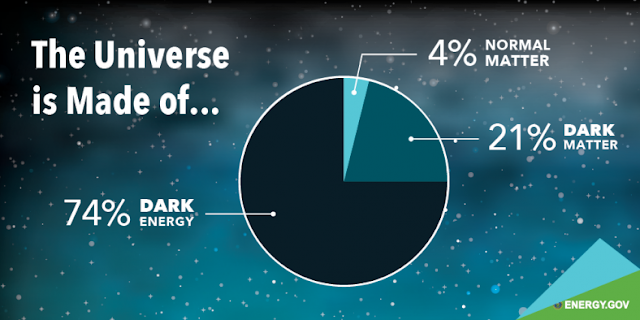 So I was overjoyed to read that Erik Verlinde has found a new, and potentially revolutionary explanation for how things work, why what goes up must come down and how planets revolve around their galaxies a 500,000 MPH - it's all spelled out for a layman like myself in an article titled Radical New Theory of Gravity --"An Emergent Phenomenon, Not a Fundamental Force of the Universe". (I'm not sure how "radical" or "new" Democritus would find this theory, but whatever, the math adds up). Gravity is an entropic force that comes into existence in relation to and as a result of its proximity to material information - an illusion as Verlinde calls it. It only comes into existence when certain conditions are met and it absolutely must emerge under such conditions. 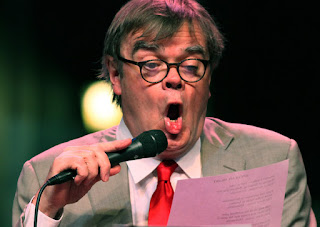 Which brings me to Garrison (not his real name) Keillor and his many, many diatribes written over the past few months on the subject of Donald J Trump - basically every week he submits an OpEd to WaPo that tears down, dismisses, ridicules and makes fun of The Elvis from Queens. This blog has taken a particular delight in watching the collective mental breakdown from the "conservative" punditry as Trump dashed their wistful hopes and dreams but (for the most part) the KOTCB has ignored the liberal/progressive hysteria unleashed on the pirate because, well, it's all predictable and would have been foisted upon George Pataki or John Kasich had they been unlucky enough to win the GOP primary. So we would have seen Keillor opinions with titles like "What every New Yorker knows about George Pataki" or "Kasich voters will not like what happens next" throughout the campaign and I probably wouldn't comment even now except that something interesting seems to be "emerging" from the sage of Lake Wobegon. Last week he speculated that "Maybe a Trump presidency is what God intended" and followed it up this week with "Thank you, Trump voters, for this wonderful joke" - What can I say? You're welcome now take your seat on the Trump Train. 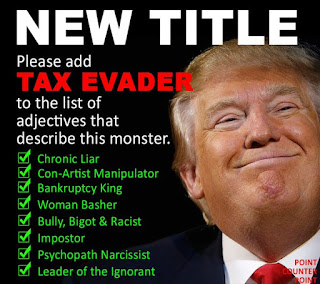 I should say right now, before I go any further, that I like Garrison Keillor and find his humorous opinion pieces very entertaining, love his radio program (it's one of the best things on Government Radio) and I've even payed good money to see him live on stage doing his thing (granted this was in the late 1980's when he was at the top of his game) so I don't mean to single him out but to use him as an example of what must be the most widespread misunderstanding of Donald Trump shared by virtually everyone with any brains - left, right and center - including, if I may be so bold, myself when this whole thing started. This commonly held illusion goes something like this: "He is a showman, and oddity has paid off for him, as it did for Lady Gaga and Gorgeous George and Liberace." See, it's like this, Trump is a clown, a flamboyant huckster, a celebrity who's no more serious or qualified to be POTUS than Liberace. Nothing more than a "showman" who looks funny and talks funny always about himself and his observations colored by the particular region he grew up in and how it's cultural oddity shaped his thinking - someone like, say, Garrison Keillor. How the hell could you vote for someone like THAT for president? Not qualified. Imagine Garrison Keillor with a boney finger on the nuclear button and meditate on it hard you simplistic bumpkins. 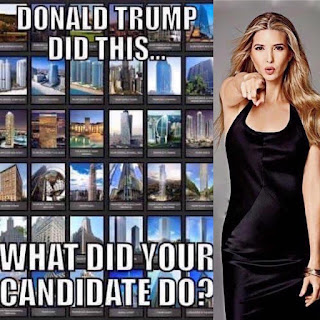 That's the way they see it or saw it as the case may be, but there's another way to look at Trump and I have to admit that I never really saw this possibility until he was well into the race and knocking em out right and left as he marched to the top of the hill. Maybe the celebrity mask is something he created as a diversion for the REAL Donald J Trump that exists out there in the universe, undetectable and unmeasurable, which emerges when the situation demands it. After all, the guys primary concern has always been real estate development and building - the best selling books, universities, food products and top rated TV shows are sideline projects and vanities he does for fun. It's not like he's devoted his life to bringing Celebrity Apprentice to fruition and all his eggs are held in that basket (the way most showmen are) because he'd be fine without it. The guy he calls @realDonaldTrump is no more the real Donald Trump than Garrison Keillor is the real Gary Edward Keillor. It's a tantalizing proposition and based on how the Trump Transition is shaping up it seems to be true - it's something I believe most Trump voters (especially the ones who would have gladly watched him shoot someone on 5th Ave. and not changed their vote) understood intuitively but those who vehemently opposed him never realized - some never will. The haters spent their election year searching for dark matter, certain that it must exist because their theoretical models couldn't hold up without it, but it never occurred to them that there was a different explanation.

Yesterday Trump went back to Iowa to thank the Hawkeyes for their votes and support. His victory lap did not go unopposed:


The progressive women’s rights group UltraViolet, meanwhile, hired a plane to fly over Hy-Vee Hall on Thursday afternoon trailing a banner reading, “Drain the swamp. No Bannon, No Sessions” — a reference to controversial Trump adviser Steve Bannon and U.S. Sen. Jeff Sessions, who are both in line for top positions in the president-elect’s administration.

Do you know what DJT said about "drain the swamp" at his Iowa victory rally? It's quite instructive: