What Time Is It?

I knew the world was coming to an end a few weeks ago when Chuck D. bounced Flavor Flav from the band because Flav would not endorse Bernie Sanders. Do I even need to say this?

There is no Public Enemy without Flavor Flav.

I mean, what time is it? 30 years after Fear of a Black Planet these guys are breaking up the band because Flavor Flav is not woke enough for the Bernie Bros?
Get the fuck outta here.
Shut it down.
Burn it down or Bern it down.
I can't take anymore. I give up. This is a betrayal of anything and everything East Coast was all about. It's pathetic and I'm using it as a cautionary tale to impart very important moral lessons to my son (my son loves Rap Music).


Don't give me that Fight the Power Revolution bullshit. Don't Believe the Hype - Bernie is no revolutionary. He's a pathetic old man who is, in actuality a Constitutional Monarchist (thought he himself does not seem to understand this) and he's a de facto racist based on his life choices.


.@MrChuckD are you kidding me right now???,,,over Bernie Sanders??? You wanna destroy something we've built over 35 years OVER POLITICS???,,,all because I don't wanna endorse a candidate,,,I'm very disappointed in you and your decisions right now Chuck,,,
— FLAVOR FLAV (@FlavorFlav) March 2, 2020

The offensive "politics" that caused the PE rift was a Sanders Rally in Los Angeles (West Coast) held on March 1st. I realize I'm talking about another world that has evaporated in the past 3 weeks but there was a time when Bernie was riding high and you can watch it with your own eyes.

As we now know, the day after Bernie's LA House Party the Democrat Party brought the hammer down on the "democratic socialist" by forcing all the "moderate" candidates to drop out and kiss Jo(((k)))e Biden's ring. Pete ButtJudge was the first to pull out on the same "Night of the Living Baseheads" when those  "Prophets of Rage" (Bernie and Chuck D) were spitting their "Mind Terrorist" rhymes. The next day Amy Klobuchar dropped out and fell into Biden's warm embrace and that was the day before Super Tuesday. A year of hand shaking, baby kissing, rubber chicken at the Rotary Club eating campaigning and you've got to pull the butt plug 24 hours before your supporters vote. ButtJudge had actually won (maybe) or tied a couple of the earlier primaries while Biden limped into 4th and 5th place finishes but, at the 11th hour, he gave up.


On 03/03/2020 (Super Tuesday) Lunch Bucket Joe had an unbelievable night - and when I say unbelievable, I mean unbelievable - because he won states that he had no organization on the ground and had not run a single advertisement. Bloomberg spent $500 million and could only win American Samoa but Jo(((k)))e won from coast to, er, the Gulf of Mexico (35% of the vote "won" Texas) because Bernie "won" California with 36% of the vote. These guys are winning primaries with pluralities that are just a little more than 1/3 of the vote and the #FakeNews is shouting about Biden's momentum (the Big Mo) coming out of South Carolina! There was no Momentum, there was no energy or excitement, there was nothing but pure party power politics and the sickening proof, as if proof were needed, that none of the work these candidates and their staff do means is worth a pot of piss.


Example A: The State of Virginia.
Bloomberg owns the state legislature - on the debate stage he admitted to buying it - and he spent a fortune in advertising and buying the top Democrat political operatives in the Commonwealth and that won him 10% of the vote. Jo(((K)))e spent no money, had no organization, made 1 campaign appearance and crushed it with 53% of the vote!!! You'd think that the Deep State candidate would carry all NOVA counties and any place that makes it's living off the Federal Government (Norfolk) but Biden won EVERYWHERE. Everywhere but Floyd County that is, which is filled with Bernie Bros., has (had) a great music festival (Floyd Fest) and is named after one of the Greatest Freethinking Americans Ever. Shine on you crazy diamond but you're a throbbing half of a broken hart and, unfortunately you've jointed the New Confederacy. 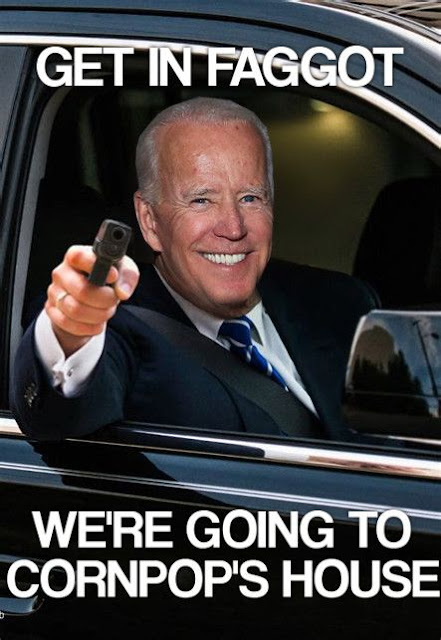 The day after losing big Mini Mike left the stage, endorsed Biden and promised to spend a billion dollars to defeat Donald Trump which he did. The biggest loser on Super Tuesday was Pocahontas because a different woman of collar named Tulsi won 2 delegates in American Samoa and those lonely little people living in the middle of the South Pacific ensured sweet Tulsi a place on the Democratic Debate stage. The DNC had to change the rules to keep pesky Tulsi off the stage because looking at Bernie and Biden flanked by the beautiful 38 year old Polynesian Congresswoman would have cause Red Pilled mind melt in the average MSLSD debate watcher. On problem, Liz Warren didn't have any more of a chance of winning the Dem Primary than Tulsi did but the optics of giving the Schoolmarm of Massachusetts a podium while kicking Hawaii's Hero down the stairs would be acceptable. So on March 5 the Democrat Party forced the one time female frontrunner to drop out of the race in order to keep another woman from having her voice heard by the people - let's hear it for the Sisterhood. Like Bernie said, a woman will never become POTUS and the reason for that is exemplified by Elizabeth "Pocahontas" Warren. 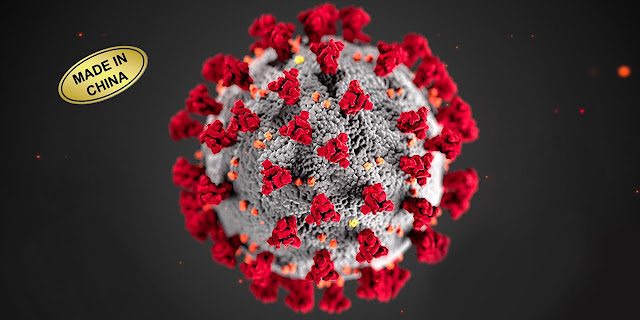 On Friday March 6, 2020 President Trump visited the CDC in Atlanta and the battle against the Chinavirus started in full. Life started shutting down and by Friday the 13th the March Mad had replaced March Madness and by the Ides of March the two remaining Democrat candidates had a debate where they solved the problems of a world that no longer existed. St. Patrick's Day was Canceled and and by the first day of Spring the DJIA was trading below 20K. Time is slowing down and the Old Public Enemy has been replaced by a New Public Enemy that makes the past irrelevant. The Democrats are not serious about finding a leader to confront the Enemy so well just have to Make America Great Again.