Living with a broken heart

It has long been my proposition that Virginia + what is now West Virginia is (was) the beating heart of what became the United States of America, and it is from this old, broken beating heart that the republic it founded derives its life source. I write this as a Virginian who, inculcated the Commonwealth's noble history since childhood feels a natural pride,  but also as an American who has lived in many magnificent States over my lifetime - Colorado, Massachusetts, California, New York and Rhode Island - which, extraordinary though they are, all have mystic ties to Virginia and what happened there between the years 1763 - 1820. The start date corresponds with the end of the French and Indian War which showed the colonists that the European powers were planning to replicate the same horrible strife and hatred in the New World that they enjoyed in the Old Country. The end date is pegged to the conclusion of James Monroe's presidency and the beginning of a 40 year disintegration that would culminate in a war the Founders had created the country with an aim of preventing. It didn't work. It failed. The heart of America was broken and torn in two during the conflict and up to this present day it has never been repaired (I doubt it ever will). 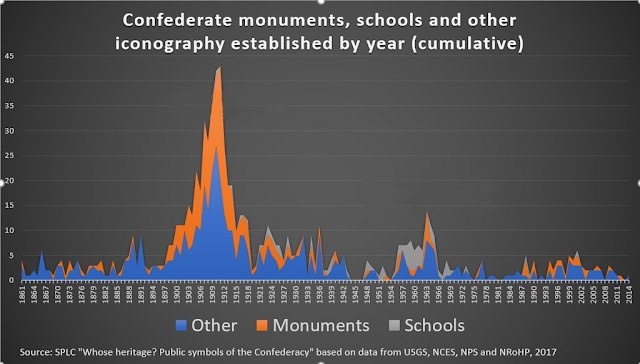 The bloody and burnt half was not formally restored to the Union until 1870 and for the next 60+ years she, and all her sister Confederates, operated like a 3rd World appendage to a vibrant industrializing powerhouse. Virginia had little more than US military bases of an occupying army and cigarette manufactures to push its economy along and a cast system culture of nostalgia filled the void.  In 1890 a hundred thousand Virginians flocked to Richmond for the unveiling and dedication of a statue honoring Robert E. Lee which was the first of several stone dead Son's to be immortalized on Monument Avenue over the next 30 years. As is the case with almost any contest, the victors went on to greater things while the vanquished stewed in their defeat endlessly reliving what might have been had "the lost cause" played the game differently. The last POTUS born in the Commonwealth was the OG "constitutional monarchist" Woodrow Willson and though Virginian's claim him as a native son it should be noted that his formative years were spent in Georgia and South Carolina where he internalized the political philosophy of Dixie. Like anyone who wanted to make a mark on the world in those days he left the South and created a life in the Northern State of New Jersey where he was an educator and Governor. Upon his death he was interned under a marble slab in the National Cathedral in Washington DC which was, as it turned out, his true home. The P in Wilsonian Progressivism stands for Parliamentary Democracy with a Monarchal Executive holding court as Philosopher King in four year increments. It's tempting to claim WW as the originator of this approach to government but in truth its just warmed over Jefferson Davis Confederacy made more palatable through a rebranding name change. Wilson did not come from the Heart of America (in fact he despised the heart for its failure) but from the tortured half of that rent portion that survived the titanic struggle of the republic. Life did not improve for Virginians or any other Southern state under his leadership and once he was gone, while the rest of the nation roared through the 1920's the Land of Tobacco and Cotton suffered a economic depression now forgotten only because it was eclipsed by the squaller of the 1930's.


In 1932 Virginia and all the Confederate States were ready for a New Deal because they'd been cleaned out in the 1860 game and suffered three score and twelve years of bad cards. FDR's platform of Progressive Reform dovetailed with the political ideology that metastasized in the sick, broken heart of Virginia and he carried the State wth 68% of the vote. It's a simple fact that all of the segregationist South was a true blue New Deal stronghold and Roosevelt proved the perfect leader to deliver revenge on their oppressors while creating the nation they were advancing in the 1850's. Over the next next 40 years the Southern States were forced to change their social structure because the Northern States refused to continue to accept black emigrants fleeing Dixie and, from a corporate sales and marketing perspective, segregation is bad business. This cultural change was a bitter pill for Jim Crowe to choke down and Virginia, being a boarder State, had a hard time swallowing the medicine but this prescription was the only way to finally integrate the South with the rest of America. Once it was done Yankee businesses started to expand southward bringing Yankee people with them and The South began to change. The Liberal segregationists New Dealers let negro folks into their clubhouse and held on to power well into the 1980's in a quid pro quo that benefitted both sides of the color line and that's how you arrive at the Virginia of today.

That was one week ago today. The situation in Virginia has only gotten worse and worse with every passing day.

We Virginians do not know what tomorrow will bring but at some point the finger of blame must point back to Terry McBloomberg, the carpetbagger scum and Clampett money man, who installed himself as 72nd Governor of the Commonwealth in 2014 (with a lot of help from a Libertarian tool named Robert Sarvis) and groomed these three clowns to take over at the end of his term. The long and excruciating death rattle of the Confederacy and it's rebirth in the form of the New Deal is finally reaching it's point of extinction. We can see this in the moral and psychological implosion occurring in McAuliffe's Old Dominion politics (BTW - none of the State's Democratic leaders are going to resign) but also at the national level with the proposal of ... wait for it... a New Deal. That's right America, the Democrats are going back to that old jug and attempting to put their plaintive whine in a shiny green bottle - it still sounds like Song of the South to me. The Green New Deal is the dead end, speeding car racing off a cliff, monument to Confederate Socialism which had it's moment of triumph but is now fading into the past. The broken heart of our country still beats and there is no need for a New Deal, green or otherwise, because the power and energy of this nation does not spring from Washington DC. It is time, at long last, to discard the New Deal and Make America Great Again. 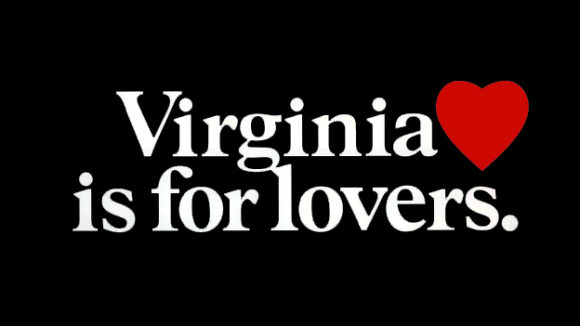