Way back in 1996 I was working at ABC Television and in those days the entire network focused on the Academy Awards broadcast because, aside from the Super Bowl, the Oscar's was the biggest night in television (meaning the advertising revenue for the show was astronomical). It's hard to believe now but 25 years ago there was still a broad celebration of Hollywood heroes and the art of filmmaking that crossed political lines and united the country (and the world). The winner of Best Picture that year was Mel Gibson's "Braveheart" which is an epic celebrating freedom and Scottish nationalism - with some based Catholicism weaved into the narrative. There was the de rigueur celebration of nepotistic achievement with Nick Cage (Coppola) best actor and Mira Sorvino best supporting actress but that's part of the Tinseltown business model. There was even the (stealth) celebration of a homosexual pedophile when Kevin Spacey won best supporting actor for his portrayal of Roger "Verbal" Kint/Keyser Söze in "The Usual Suspects" so… a little prize or acknowledgment for everyone. As always, it was an #OscarsSoWhite evening but the Academy even tossed a bone to the POC by asking Whoopi Goldberg MC the festivities.

Ten years later, in 2006, the Awards Shows had all gone gay and Brokebutt Mountain was looming with America's people suffering under a forced march of awareness. Start pushing Sisyphus - it's a big hill to climb. Alphabet people were being pushed to the front lines of the culture war and the national security state was leveraging the resulting confusion and division to powerful effect. This kicked off an exciting run of fundamental transformation that worked according to plan but not fast enough for some people.

Ten years after that, in 2016, we were living through the #OscarsSoWhite dispute over diversity and racial representation as chronicled in The Guardian: Hollywood claims to have listened. So will 2016 be the last ‘white’ Academy Awards? It's too good (it really is), now that "The Slappening" has happened, to sum up this wonderful meditation from the UK's Edward Helmore (no, I did not make that name up) on the state of 2016 Hollywood - You simply MUST click on the link and read it, and I mean take it ALL in, the photos, the captions and especially the comments section containing 174 pearls of wisdom. But I will cite one specific passage from this article having to do with Will Smith's decision to boycott the Oscars and how Chris Rock was weaving a comedy act out of this thespian’s principled stance for equity.

Entertainment trade magazine Variety reported that Rock’s routine included a joke about the celebrity couple boycotting the awards – Will Smith, denied a nomination for Concussion, and wife Jada Pinkett Smith, who have cited systemic racism in the industry as their reason for their non-attendance. Sadly, that joke may never be heard; its punchline is considered “too lewd” to get past the Oscar censors.

What was that joke? And don't tell me it was the "Jada boycotting the Oscars is like me boycotting Rihanna's panties. I wasn't invited" joke that did get past the Oscar censors at the 2016 awards because I'm not buying that cover up. That's not the joke that's been rattling around Will Smith's brain for the past 5 or 6 years but, when you think about it, you have to assume that Will Smith was thinking about more than one spicy joke. Will and Jada are a rich vein of comedy gold for anyone in the business of making people laugh and, as bad as things were in 2016, the Academy Awards did not officially die until the La La Land/Moonlight incident in 2017 so I'm not going to pick sides on the Smith vs. Rock beef. It's obviously long simmering and emotionally difficult for everyone involved so my guess is that Tupac fit somewhere in the punchline.

I stopped watching the Academy Awards years before #OscarsSoBlack dragged the show into a ghetto of bitch slapping family feuds. If that’s what the new audience wants from their silver screen icons then let them have it. 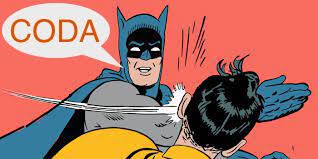 So there you have it - 6 remakes, 6 nostalgia flicks and a propaganda film celebrating the end of the world. That’s entertainment.