February 26, 2017
Back in the early 1980s I had a communications professor at university, Tom Cooper, who also had the unfortunate task of being my faculty advisor. One day we were sitting in his office shoot'n the shit and I asked him what he thought the future of cinema would look like. He said many things that have since come to pass and one very interesting observation he made had to do with the position films/movies (which were primarily shown in a movie theater in those days) would occupy in the future - he equated them with opera. People would go to movies and they would still enjoy the experience of siting in a theater and seeing images flashed upon the big screen, but films would be few in number and these extravagant productions would be very targeted to a particular audience. Movies of the future would NOT have mass appeal but instead would be high concept fetishes that appeal to folks with a lot of money. Also, there would be a financial imperative driving studios to re-make past success that have a proven audiences (i.e Ghostbusters 2).

All of which has transpired and shows my professor to be prescient, but he did not take into account how easy it would be to make a movie with new (inexpensive) technology and a global distribution network enabling "little movies" to keep on getting made and celebrated. As long time readers already know the KOTCB blog usually gives a brief review of the best picture nominees for the Oscar's 2014 - 2015 - 2016 but not this year.

Do any of the domestic products have any more purchase on the broad cultural imagination than the imports. I say no. I don't think anyone cares anymore and I'll be the first to update this blog post tomorrow if the overnights come in and blow everyone away with high ratings. I saw "Arrival" and "Hell or High Water" and they were okay but not worth the time it takes to come up with something cleaver to say about them. If I did it would be something about an octopus and family loyalty but I can hardly do an AADump having seen only 2 of the pictures. I wanted to see "La La Land" (because I love LA) and "Lion" (a little bit) and my wife saw "Manchester by the Sea" (she cried a lot seeing the carnage in America) but I never got around to seeing them. I hear "Hidden Figures" is great - I know a few people who saw it and just raved about it. 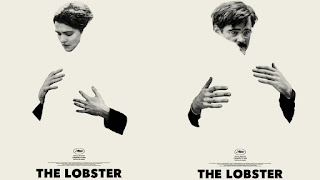 But I did watch the Awards show tonight just to check out what's happening in La La Land and from what I can see there's a very important TV event called "When We Rise" coming soon to the ABC Television Network. Also, the Iranian film "The Salesman" won best Foreign Film, then someone got up and talked about how horrible the Syrian civil war is - Ironic, right? But that's not the worst - the worst, absolute worst, is nominating "The Lobster" for best original screen play. This film, like so many of this years nominees, came from a foreign country called Blue America that has nothing to do with anything of substance or bedrock reality. The screenplay was horrible, as was the film, and Yorgos Lanthimos and Efthymis Filippou should be sent to GITMO for inflicting it on the American public. It's the kind of movie that NEVER would have been made in old Hollywood much less honored at their awards show. And don't sit back in your chair chuckling at my philistinism because I can go toe to toe with anyone on the topic of avant-garde filmmaking - from "Meshes of the Afternoon" to "Window Water Baby Moving" I've seen just about all of the great experimental cinema there is and I love it. If "The Lobster" is one of the top 5 screenplays then the movie business is dead this year, and it will not awaken. 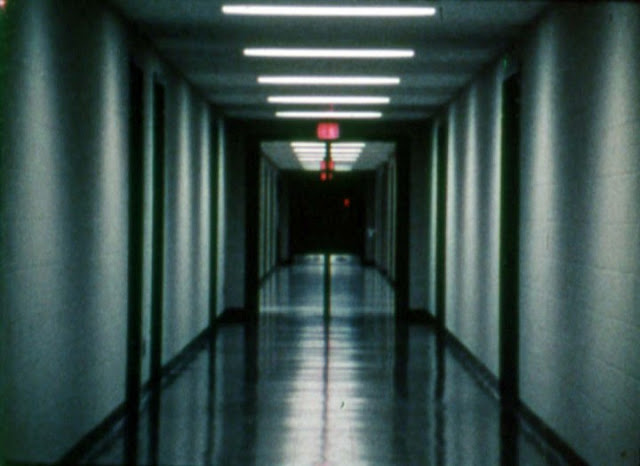 UPDATE: La La Land in the Moonlight
I published this blog post BEFORE the best picture award was handed out last night and I've just got to come back for more because what transpired after midnight was 1. one of the greatest moments in awards show history (if not THE GREATEST MOMENT of all time) and 2. put an exclamation point on everything I wrote earlier while the Awards were going on. Also, as a student of Hollywood history the cosmic justice of having "Bonnie & Clyde" rob the Oscar and go down bloody in a hail of gunfire is the kind of thing that makes me believe that there is a benevolent and all powerful Deity that watches over us all and does intervene in human events to set wrongs right at a time of His choosing - not mine.

I'm sitting downstairs in my kitchen - wife has already gone to bed but I've stayed up this late so I'm gonna see who wins this thing - waiting for La La Land to pop out of the envelope. BTW, overnights are in and the numbers ain't good 22.4 rating/36 share - Sad! And there's Diana Christensen and Senator Jay Billington Bulworth up on stage commemorating the 50 year anniversary of Arthur Penn's counterculture masterpiece and fulcrum that tipped Hollywood from what it was to what it is. The odds on favorite to win best picture is a nostalgic musical updated for contemporary audiences, just as professor Cooper had predicted, so when Bonnie and Clyde looked at the winning card they just blurted it out. Now all night long the Academy had been showing clips of Award winners from a bygone era get up and say things like "I've dreamed of this moment my entire life" and that's exactly what the producers of "La La Land" said when they clutched their Oscars until... Oops! Sorry guys, but someone's dealing from the bottom of the deck and we got the wrong card - the REAL best picture is the one about the transgender black guy in "Moonlight" so hand 'em over. Awkward! The movie business died last night a 15 minutes after midnight EST and it will never come back.