Did you honestly think the Keeper of the Clown Bell was going to let the death of Stephen Sondheim pass without comment? Not a chance of that happening but, as is customary in polite society, if you’ve got something unpleasant to say about someone who  just kicked the bucket then give it a week or two before hurling your insults. In the case of Sondheim I am understandably restrained in my pronouncements because his lyric “isn’t it rich?” has been a tagline of the KOTCB blog since 2004 so I owe him (as do we all) a debt for composing the Clown World anthem in that pivotal year of 1973. “Send in the Clowns” moaned forth from the Broadway stage in the  year of the disposable lighter and Sleeper prescience or, put another way, the waning of the Evel era when the celebrated master reinvented the American musical by adapting a 1950’s Scandinavian art house flick into “A Little Night Music.”
On that last point I should pause and declare that I am by temperament a cinephile and NOT a musical theater enthusiast so that predisposition quite naturally colors everything that follows but, to be clear, I’m not a Broadway hater and have happily tapped my toes to a Gilbert & Sullivan confection or a Rodgers & Hammerstein extravaganza. But the fact that a new “reinvented” form of the American musical is based on an Ingmar Bergman movie about adulterous Swedish royals is, well, hilarious. It’s perfect really and that’s why I lifted the lyric and appropriated it into the Clown Bell ethos which might make Sondheim fanatics mad (it probably should) but that’s the way this blog rolls.
When I use the word fanatics instead of the colloquial abbreviation “fans” I do so with intention because the admirers of Stephen Sondheim are devoted, obsessive and (IMHO) cultish. They are the kind of people who would read this glib blog post and spend considerable effort doxxing me, tracking me down and killing me for what I’ve just said and am about to say so… Before I write another word I want to go on record as recognizing that Sondheim was a true innovator and prolific artist who’s impact on the world of musical theater was extraordinary and I appreciate the complexity of his musical arraignments and cleaver observations in his lyrics. I’ve read and listened to enough obituary recollections by critics, players and patrons to understand that this man was beloved by many and (it would appear) transformational to more than a few. So my criticism, if you can even call it that, is not rooted in base philistinism or know-it-all hyper intellectualism - I’m not attacking Sondheim from the bottom or the top but, rather, straight ahead as directly as is possible.
The thing is, the thing (criticism) about Stephen Sondheim - which has nothing to do with his UWS upbringing, sexual proclivities, transgressive themes and subject matter (or maybe it has everything to do with that and more) - the “thing” is that I hate his music. I can’t stand listening to the fucking “songs” that comprise his musicals because they make me feel like killing myself. Sondheimism is a cloud covered, wind swept autumn Monday staring out over Central Park colors from the corner office contemplating the email you just received from your wife informing you that she has run off to Belgium with your mistress and they will be raising your son in a lesbian commune there and in a parting act of spite she euthanized your toy poodle and stuffed it in the freezer as a goodbye gesture of revenge and hate.
The music goes like this:
bumpbumpbump bump…                                bump
Bump bump… ^                                                      bump bump…^
And the lyrics sit atop like so:
Is it true?… she always hated Brussels…can it be….true?
It is sad… losing a wife, mistress, son…and a…dog.
Life’s strange… toiling for so long …to make…a life.
Standing here…looking at a bitter king…dom of…death.
Some sophisticates defend the Sondheim sound by noting that his songs are not meant to be “hummable” and rubes visiting the Great White Way are expected to swallow this line of argument and shut the hell up while digging deep in their pocket to afford the staggering ticket price. But this explanation is understatement elevated to a conspiratorial level of farce because this music goes way beyond melodic confusion and schizoid syncopation crossing the line into homicidal/suicidal sonic crime.
I know, it’s just me, and I assume millions of other people because I can’t be the only one who feels this way, which is why I hesitate to call my objection a proper criticism when it’s really just a matter of taste. And I get it that there are others - cat lovers, thespians, Jesuits, etc. - who listen and listen and listen to Stephen Sondheim’s music on the daily. They love it. It’s amazing to hear them talk about it or read what they write about it. My gut feeling is that Sondheim fanatics are the same people who manufacture and operate Clown World and they have been doing so since 1973. 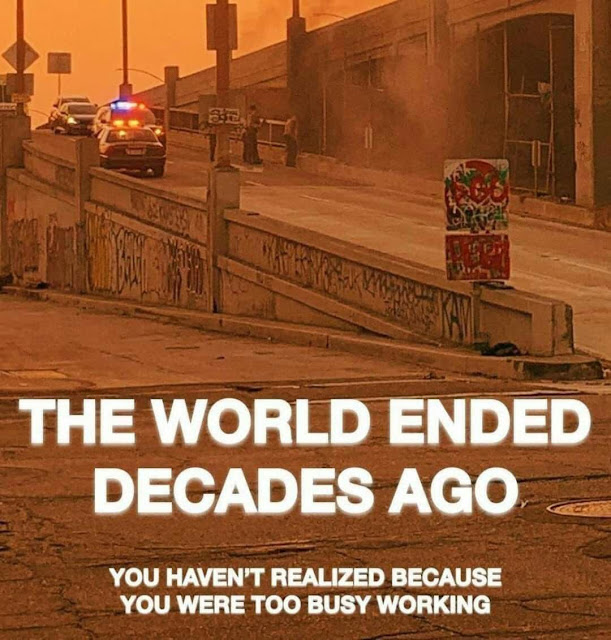 For example, when Sondheim’s musical "A Little Night Music" was premiering in NYC a young lawyer named Hillary Rodham was working on the House Judiciary Committee during the Watergate investigation in DC. A 30 year old Joe Biden was being sworn in as a US Senator for the first of many terms on Hamburger Hill. They’re still here!

A peerless composer and lyricist, Stephen Sondheim stirred our souls, broadened our imaginations, and reminded us that no one is alone.

He changed the theatre—and our culture—with his craft, his humor, and his heart. Everybody rise! pic.twitter.com/iWo3xcVh8g

And both of them are Sondheim fanatics.

Stephen Sondheim's work will be discovered and rediscovered for generations to come. As I mentioned during tonight’s Kennedy Center Honorees Reception at the White House, Sondheim was in a class of his own as a composer and lyricist.

I've been through Reno, I've been through Beverly Hills, and I'm here
Reefers and vino, rest cures, religion and pills, and I'm here
Been called a 'Pinko', commie tool, got through it stinko by my pool
I should've gone to an acting school, that seems clear
Still someone said, "She's sincere", so I'm here
"I'm Still Here" by Stephen Sondheim - Follies 1971
A few days ago (Dec. 2021) Hillary Clinton gave her 2016 victory speech five years too late - or is it? "I've never shared this with anybody. I've never read it out loud." This bitch hasn't even started the speech and she's blurted out two monstrous lies just clearing her throat. If she had an honest bone in her body or, more importantly, a sense of humor she would have come clean with a truth bomb along these lines - "Robby Mook and Huma wrote this clap-trap back in the summer of 2016 and I've read it, like, five thousand times to Bill and Chelsea and Huma and Tim Kane and Terry McAuliffe and Donna Brazil and to myself of course. I love reading it to you deplorable and irredeemable voters because I am on my way to becoming President of the United States of America."
The smart DC wags think Hitlery is combing through yesteryears aborted boilerplate to set herself up for a 2024 Presidential campaign, but these journalists always think too small or (the smart ones) misdirect and confuse their readers to provide cover for crafty politicians. Her highness is not waiting for 2024. HRC is never going to allow Lotus Flower to be installed as America's First Woman President. Queen Kamala? Not. Going. To. Happen. Nope, it's Hillary Clinton for the win and everything should be wrapped up by July 4th 2022 (possibly much sooner) so she can rally the DemocRATS for a big victory in Her mid-term elections. First HillBilly will need their people planted in the Whitehouse to hustle VP Harris out the door and into oblivion which, give the devils their due, is something Clinton World is very good at. Next, have Jo(((k)))e Brandon nominate Ms. Clampett to the empty Vice Presidency as the most logical replacement for "my good friend Kamala whom we are all praying for as a nation" and let Mitch McConnell find the GOP votes to confirm Her. Finally, kill president Biden and his entire family by some insane pyrotechnic CIA concoction, pin the crime on MAGA Patriots, and step into the Oval Office and take a seat behind the Resolute desk. Order the Smithsonian to dig out that bust of Eleanore Roosevelt and call up Rosemarie Howe to see if she can expunge 200+ years of toxic masculinity in the executive mansion and transform the White House into a Pink House. It's happening America -when the clock strikes midnight in Times Square and Barbara Streisand belts out a rendition of Sondheim's "Send In The Clowns" before President Hillary Clinton wishes a Happy New Year to all her Subjects then you will know in your bone what 50 years of failure feels like.