I have a soft spot for overly ambitious works of art that absolutely fail if measured by conventional standards of aesthetics and good taste but must be admired - worshipped in a way - for their sheer audacity and scope. The 1970's (especially the first half of that decade) is a treasure trove of these spectacular crashes which include John Boorman's "Zardoz" (1974), "Tales from Topographic Oceans" by Yes (1973), "Einstein on the Beach" by Phillip Glass and Robert Wilson (1975/76), Robert Pirsig's "Zen and the Art of Motorcycle Maintenance" (1974), "Mockingbird Wish Me Luck" by Charles Bukowski (1972), Richard Nixon's Resignation (1974) and Evel Knievel's Snake River Canyon Jump (1974). Evel Knievel was a boyhood American hero of mine and his death defying AMC Harley-Davidson motorized leaps over cars, trucks, water fountains and many other things are legendary but strapping himself inside a gigantic bottle rocket and lighting the fuse took daredevilry to the next level. The fact that his Skycycle X-2 malfunctioned and auto-pulled the rip-cord for the parachute mid-flight only adds to the insanity which was broadcast live via closed circuit TV to thousands of anxious gawkers and then re-broadcast on ABC Wide World of Sports to couch potatoes plotted across the fruited plain. We are entering the half century anniversary of the American transformation that was the Evel Era - 1971 Biography film staring George Hamilton, 1972 the Cow Palace jump, 1973 the LA Coliseum jump - and on Sept. 8th in 1974 the Snake River fiasco mirrored with POTUS Jerry Ford pardoning Nixon. Something very special slipped away and We the People found ourselves living in a land of meritocracy induced mediocracy where "hooray for everything" was the nation's default cultural critique and a perverse informality spread throughout the land. Looking back on it now, I can see that this Evel Knievel Aesthetic was the death rattle tantrum of an America getting choked out by the technocrats and bugmen who swarmed out from their office cubicles or suburban hives to attack and kill what was GREAT about the USA.
What does Make America Great Again mean?
It’s not 1776 - that’s long gone.
It’s not the antebellum South - that’s long gone too.
It’s not New Deal fascism.
It’s not 1957 New York.
It’s not even pre-Civil Rights 'Merica (50 years of failure).
MAGA is 1973 and the Evel Knievel Aesthetic. Before the creation of the disposable butane lighter. Before Watergate and all the other "gate" scandals. Before "I'm mad as hell, and I'm not going to take it anymore" or Mr. Jensen's intractable and adamantine demands.
Donald J. Trump offered a way out by simply scrubbing 50 years of misguided and dishonest policy and restarting the American adventure from an Evel (not evil) place. He showed everyone in America and the world what life could be like if a champion of the people held the scepter of power. This heroic example was intolerable to the DC Swamp, Globalist oligarchs and FakeNews scum who conspired to cheat The Elvis from Queens out of his well deserved landslide electoral victory on November 3, 2020. 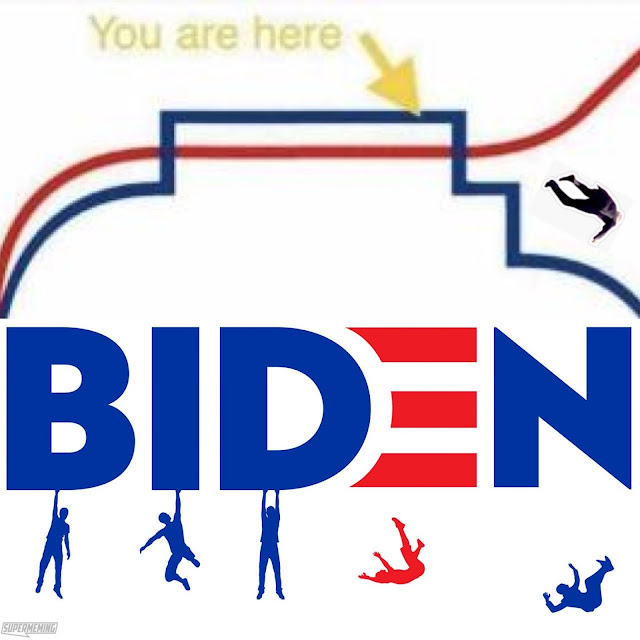 Regression Toward The Mean
1972 was probably the last semi-legitimate election that America ever had for a national or state wide office holder and, as we can now see opaquely from the 2016/2018/2020 contests, the rot in our voting systems has spoiled every "elected" politician in the land. The bipartisan commitment to this conspiracy and the magnitude of the deception inspires a kind of twisted awe and, while it fills my soul with the dread of someone discovering they have an illness without remedy, I feel a kind of relief in understanding that many puzzling or inexplicable election results, laws and court rulings have a root cause. A detailed diagnosis can be found on the ASHE IN AMERICA blog in a post titled "the ultimate gaslight 2: what do eric, joe, vodka nance & the kraken all have in common?" which contains this gem (among many gems):
"Stealing elections is the most bipartisan effort I’ve ever seen. Most government corruption is bipartisan; the whole partisan thing is a psyop meant to keep you thinking that your neighbor with the BLM flag, or the Trump flag, is the enemy — so you don’t look too closely at the “official” people or notice the boot on your throat."
This theft will become obvious, or shall I say more obvious than it already is which is painfully obvious, in future elections when the shocking irregularities of the 2020 election are placed in the context of other post pandemic elections.
Go ahead, blow your mind and learn all about scientific probability theory. Think about the coin toss or roll o' the dice. Contemplate the value of Control Groups when evaluating the effectiveness of a new miracle elixir. Was the Star Wars sequel actually better than the original? Imagine a world without Star Wars!
When anyone asks you to do anything for America, for the government or the people give one of the following retorts.
Then go on about your business and live the Evel Knievel Aesthetic.