Conventional military wisdom is that hill battles should be avoided if at all possible, the cost in men generally wouldn't be worth the fight. When a commander was ordered to take one they would often question the rationale, "Is this a hill worth dying over?"

I've never been able to get a hard on for Gay Marriage (marriage is many things, but gay?) or Same-Sex Marriage (merge maybe, but how do you marry two like things) or homosexual rights in general. Having squandered my life whooping it up with 1%ers in Virginia's horse country, in DC's DuPont Circle (the fruit loop), in San Francisco's hills, in NYC's concrete canyons and LA's shimmering ocean of lights I've never felt the equestrians, K Street lobbyists, Pacific Hights walkers, investment bankers and film studio executives that I've met were anything resembling an oppressed minority - even though they were homosexual. Though they are a minority, they are a very prosperous minority with sycophants and hangers on just like any rich person - maybe more so. The idea that gay men and women be extended even more acceptance and congratulation than they already receive puzzles me, but hey, I don't know what it's like to be "different" so I'll just pocket my reckoning. I do know a lot of homosexual people, have work with them, have eaten with them, have them in my family - I guess there will always be the god hates fags gang out there but my response to them is always the same: Michelangelo. I don't suffer from homophobia but I do experience something I like to call "ho-hum" (it's not as fun as it sounds) which is a kind of homo-monotony brought on by gay news like today's SCOTUS ruling on gay marriage. Check out the first paragraph of Lyle Denniston's "analysis" of the ruling and you'll see what I mean.


Putting itself back in the forefront of the gay rights revolution, the Supreme Court ruled by the narrowest margin on Friday that same-sex couples across the nation have an equal right to marry.  The five-to-four decision was based firmly on the Constitution, and thus could be undone only by a formal amendment to the basic document, or a change of mind by a future Supreme Court.  Neither is predictable. 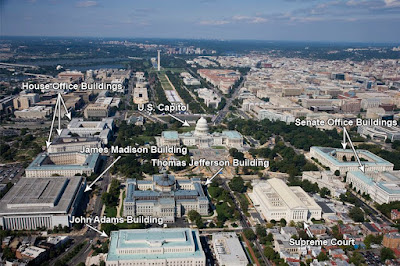 What a pathetic joke. SCOTUS is such a laughing stock that they even have a section on their blog called "Plain English" which attempts to explain what they were thinking. What they were "thinking" in this particular case was telegraphed by Ruth Bader Ginsburg months ago and that thinking hasn't improved with time. Now we have the predictable celebration and disappointment from the opposing sides but in the end it is the beast that triumphs and for those of a small "r" republican disposition - who are conservatives, moderates, liberals, flag wear'n, hard party'n, gun tote'n, joke tell'n, freedom love'n people - it's time to ask the question: Is this a Hill worth dying over?

I'm not even talking about gay marriage - I think gay marriage is a symptom not a disease. I might disagree with the wording on philosophical grounds and I might be skeptical of homosexual practice on moral grounds but that's my thing - SCOTUS isn't ruling that I have to marry some guy (yet). Let the gay people get married and see how they like it - a lot (most?) of the homosexuals I know don't have any interest in getting married and I doubt this new "freedom" is going to compel them to the alter. But for those who do take the plunge... Enjoy!

I'm talking about something deeper than the ephemera of sexual fetish - The sense, the feeling in your bones, that you're being ruled capriciously by people who are not worthy of the privilege. It is a nagging, frustrating and dispiriting knowledge that Justice Kennedy, as smart as he is, is not that smart and shouldn't be doing what he's doing (i.e. leading a revolution) - at age 78 he should have retired 13 years ago to make way for younger blood. That the President and Congress and all their minions on the Hill are as far removed from everyone west of the Potomac river as King George and British Parliament were in 1776 and no 40 car motorcade can bring them back to the real world. That any of the 9 Justices on SCOTUS would be more discombobulated  and uncomfortable at my dinner table than I would be at a gay wedding.  The battlements are secure, the walls are high, the position is impregnable and every fool hearty knight who attempts an assault on the keep gets burned alive in front of the peasantry or absorbed into the massive fortress.

The problem been explained in excruciating detail in recent years: 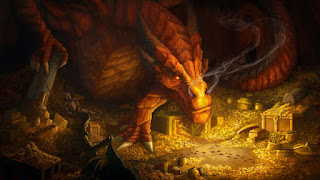 But how to take action and correct the perversion? Vote? Vote away, vote early and often, vote to your hearts content then vote some more - it will not solve the problems outlined in the books listed above - especially not the problem that Philip Hamburger nails in his book. You could vote out every member of Congress, impeach the president, clear out SCOTUS and the Administrative State would remain - DC could function just fine without those three branches of government. The Administrative State is the dragon that was unchained in 1932 and it flew into the nation's capital never to leave - there it sits on a mountain of gold breathing fire and threatening the Village People with destruction or mercy. Every June citizens in all 50 States wait in feverish anticipation for the pronouncements of 9 robed oracles - why? - because the dragon ACTS on the oracles words. The oracles can be "at the forefront" of a revolution if they so choose and that's a bad place for a judge to be.

Thankfully there is a simple solution baked right in the Constitution of the United States in Article V. A Convention of States to offer and approve amendments to the Constitution and that dragon on the Hill (nor all his servants) can't do anything about it. Oh, the servants will yell and scream - every media group from the NYTimes to Fox News is built around the current Uncle SAM paradigm and so you can expect goggles of bits to be unleashed in an effort to disparage and kill the effort - but a Convention of States is on the way, because it is the only way left to preserve the republic and breath new life into her. A great benefit of Justice Kennedy's "leadership" might be the rallying of the army of Liberty to choose a different theater of battle. 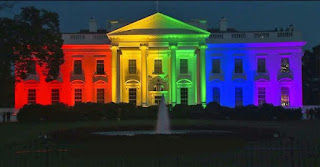 Because weather you support gay rights or object to homosexuality on whatever principle suits you, everyone should agree that Geo. Washington and James Hoban are rolling over in their graves when the Executive mansion gets turned into a billboard. This display shows the depravity of the Administrative State in all it's colorful boredom - splashed across a white canvas owned by ALL Americans is the garish kitsch of the gay rights movement. Most homosexuals I know have better taste than that - too bad one of them isn't President of the United States.

September 08, 2016
She was "sexy", but "too much hard work." I'm a regular Fox & Friends viewer (mostly in protest of the other insipid morning programs like Today and Good Morning America) so over the years I've gotten to know Gretchen Carlson pretty well. Stuck between Steve and Brian she always seemed a prudish scold with an irritating, self-righteous demeanor that I simply put up with because I figured some people in the Fox audience actually liked her persona. It was obvious that Steve and Brian did not, but they were stuck with her like so many talking heads and had to make the best of it - which they did. Besides, she was no worse than any of the other women on morning show TV - I mean, you're only going to find a certain kind of person to do this kind of work and that kind of person is the Gretchen Carlson kind. Then, one day, she was gone and replaced by Elisabeth Hasselbeck and the F&F ratings began to climb, and climb and climb - in two months view
1 comment
Read more

No Step On Snek

November 21, 2020
On The 2020 Election: In an elemental way We the People of the United States lost because Trump, and the MAGA movement he champions, forced the Deep State/Administrative State/New World Order (whatever you want to call it) and its enablers in Corporate America - Finance/FakeNews/Big Tech - to declare their sovereignty and steal our election in the most obvious way possible. The brazenness and " in yo face " shamelessness of the crime is a big part of its effectiveness and loudly proclaims an intent to demoralize and defeat the America First ideology which actually won the highest number of votes in this nation's history. It wasn't even close and that was made clear when key cities in 5 or 6 swing states declared they would pause (stop) counting(?!) votes until all the rural districts had submitted results allowing the big city machines to manufacture the ballots required to put Jo(((k)))e Biden in the lead. NPC's and Normies don't get too critical of process a
2 comments
Read more

January 13, 2021
What happened to the 11,000 tweets? Twitter has conducted a "purge" of "conservative" voices from its "platform" and that includes the account of one Donald J Trump who happens to be the President of the United States of America. To which I say GOOD! Let's take it from the top. A purge (the bad kind) does not include getting kicked off a social network. If that's such a bad thing then the problem is with the society and not the network. Purges are when police officers bust down your door at 3AM, grab you and drive out to some empty field where they shoot you in the head and then tossed your limp body in a mass grave. A conservative is someone like Mitt Romney or these tools at the Lincoln Project who are free to post whatever lies or inflammatory rhetoric they want on Twitter. Twitter has no hatred for “conservatives” or Republicans as far as that goes and I don't think a single member of Congress or the political establishment has been "p
Post a Comment
Read more