The Liberty of Bizzy Barefoot

March 31, 2015
The foundations of the US republic can be looked at from two similar but distinct perspectives: 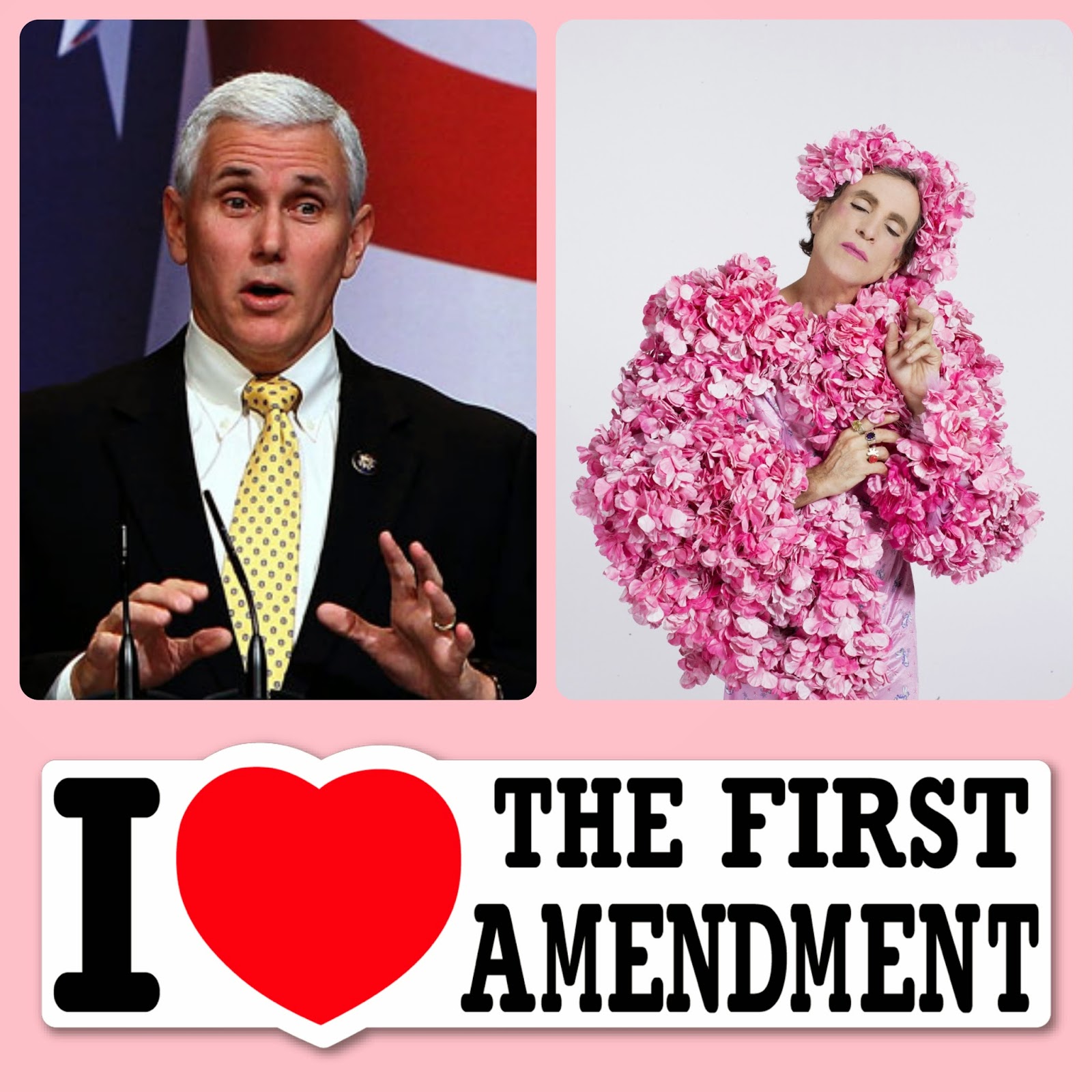 Choosing 1 or 2 will have a significant impact on one's "pursuit of happiness" and it has been my observation that those who choose door #1 are unsatisfied, bitching, moralizing buzz kills. It's top of mind because of the hysteria surrounding the Religious freedom restoration law recently passed according to the constitutional process specified by the State of Indiana the preamble of which reads:

TO THE END, that justice be established, public order maintained, and liberty perpetuated; WE, the People of the State of Indiana, grateful to ALMIGHTY GOD for the free exercise of the right to choose our own form of government, do ordain this Constitution.

And what is the first order of business after this throat clearing?

ARTICLE 1. Bill of Rights
Section 1. Inherent rights
Section 1. WE DECLARE, That all people are created equal; that they are endowed by their CREATOR with certain inalienable rights; that among these are life, liberty, and the pursuit of happiness; that all power is inherent in the People; and that all free governments are, and of right ought to be, founded on their authority, and instituted for their peace, safety, and well-being. For the advancement of these ends, the People have, at all times, an indefeasible right to alter and reform their government.

And that "indefeasible right to alter and reform their government" is what The People of Indiana did because they felt the principle of religious liberty needed to be RESTORED. Restored from what the inquisitive citizen might ask? The Chicago Tribune gets to the bottom of it:


When Indiana Gov. Mike Pence signed a new state law that allows people and companies to claim a religious objection to doing business with same-sex couples, he pointed to Illinois and Kentucky, saying he was simply bringing the state in line with its neighbors.
But the Republican governor and possible presidential contender left out an important fact. While Illinois does have a law that gives special protections to religious objectors, it also bans discrimination based on sexual orientation. Indiana, on the other hand, has no such ban.
That distinction is crucial, legal experts say, because anti-discrimination laws are considered stronger than religious exemptions.

So the Government of Indiana is "allowed" to pass a law supporting (or restoring) the concept of religious liberty as long as it passes another law that will trump the religious liberty law in court when the frivolous law suit is filed against photographer Homophobe or baker Gayhate. Not that the photographer or baker actually "hate" homosexuals, they just don't feel comfortable taking pictures of their wedding or spending hours baking  a cake for a ceremony they don't "believe" in. But since there are no gay friendly photographers or bakers in Indiana the power must be fought. More Trib:


Robin Fretwell Wilson, a University of Illinois law professor who has followed debates on similar laws in other states, said the religious exemptions serve a purpose but get "badly demagogued on both sides."
"You have a moment of great social change," Wilson said. "And people latch onto a (religious freedom law), thinking this is a device to protect themselves from social change."

This "moment of great social change" will pass and Indiana will still be standing and probably very
homosexual free, like most other states, because sapphists and spartans keep their own company.


Some are radical faeries (a faction founded in 79 by Harry Hay, with pagan-spiritual elements and remote sanctuary camps), some are not. They're all artists in some way or another, and activists with counter-culture leanings, fighting for causes from green space to health care to youth art. You could call them "anti-assimilationist"

The unreported truth is that some (many) homosexuals consider the idea of same sex marriage a bourgeoisie bore and even reject the concept of "Equality" as a goal worth striving for. And when it comes to Religious Liberty as a hedge against social change it's important to remember that Laws about religion are a double edged sword.


Congress shall make no law respecting an establishment of religion, or prohibiting the free exercise thereof...

This simple concept is (was) "great social change" for real and, God willing, the USA will preserve it from the meddlesome Gay Fetishists and New Age Quacks.