Uneasy lies the head that wears a crown 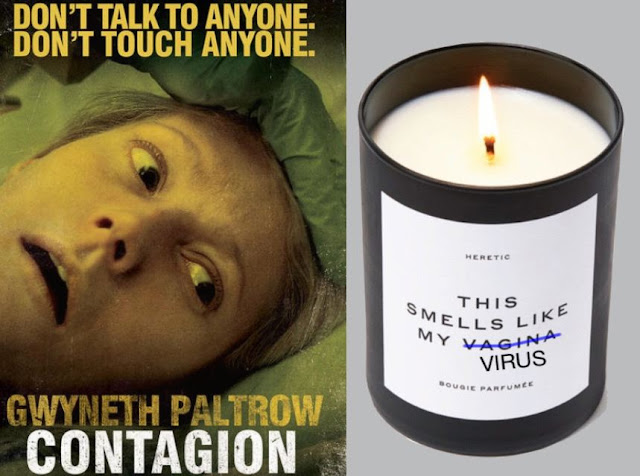 Way back in 2011 Steven Soderbergh made a movie about a viral epidemic that sweeps a big portion of humanity right off this beautiful planet and it turns out to be an amazingly prescient foreshadowing of the Coronavirus pandemic threatening the New World Order. The "movie has people freaking out" because it's plot mirrors the origin (Chinese food), symptoms (flu) and transmission (Yankee corporate whore) of this contagion with a fanciful and completely unrealistic resolution of the global crisis. The CDC is monitoring the Wuhan strain and POTUS Trump has enacted a travel ban with little or no objections from the usual suspects (except China). So the current reality of Make America Great Again is a little different (better) than the Yes We Can world of Hope and Change captured in the film where the virus made people brains hemorrhage and spread like wildfire across the fruited plain. So far, we're safe from the Coronavirus but that's not the only contagion spreading through human contact and crippling large segments of our population.


In 2008 the virus of communism mutated into a laboratory manufactured form of Constitutional Monarchy and infected almost all urban centers of the US. The CDC is finally taking emergency measures to stop the spread of this deadly 2020-Anifa strain but a standard mutation carried by Bernie Bros and the Yang Gang is leaking out of our cities and polluting the heartland. Almost all US cities are overwhelmed including the nation's capital city of Washington, D.C. and the surrounding counties. The horrible symptoms of mind melt were on full display by Rep. Adam Schiff in his closing TDS blathering on the Senate floor at today's impeachment hearing. What an odd labyrinth this small man has constructed in his mind and I challenge anyone to listen to his delivery and follow the impeachment managers reasoning:

This guy is chairman of the Intelligence Committee in the House - he's been talking about Russia interfering in the US Presidential election for the past 3 years. He claims, with a straight face, that he has proof that Trump "colluded" with Putin to "cheat in the election" in 2016, not cheat in 2018 but 100% cheat again in 2020. And sure enough, just like Schiff had warned us, the Russians (or some organization very much like the Russians) attacked the hallowed institution known as the Iowa Caucus and completely destroyed our democracy. Boo hoo. 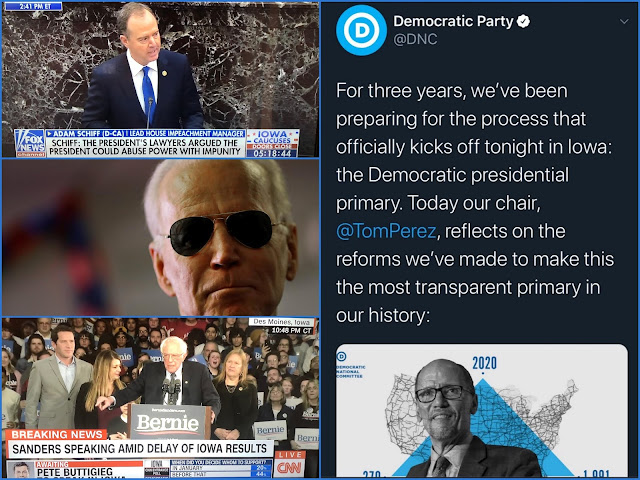 Well, the Russians didn't COMPLETELY ruin our democracy because the GOP didn't have any trouble counting the votes on their side and the Republicans released their results at 10:30PM. For their part, the Democrats haven't blamed the Russians (yet) for their Iowa immolation but the Überfrau did celebrate the death of (D) democracy the morning after "midnight in Washington."

The Democrat Caucus is an unmitigated disaster. Nothing works, just like they ran the Country. Remember the 5 Billion Dollar Obamacare Website, that should have cost 2% of that. The only person that can claim a very big victory in Iowa last night is “Trump”.
— Donald J. Trump (@realDonaldTrump) February 4, 2020

The Democrats do blame an App and technical "glitches" that prevented them from counting a few hundred people in selected school gymnasiums and town community centers scattered around Iowa's 99 counties. The Dems have been managing the disastrous impact the Iowa Caucus has had on their political candidates since 1972 when Gary Hart leveraged it's !st in the nation status to catapult Geo. McGovern into viability and eventual standard bearer status. Not this year!!! A friend of mine sent me the breakdown of what happened late last night:

>Iowa caucus tonight
>Results start coming in very slowly
>Results not actually coming in, lots of reports that something is wrong and it shouldn't be taking so long
>Reports that there is some weird new app that the Dems are using for the caucus start coming in
>Suddenly it isn't working properly
>The app starts reporting counts wrong, to the wrong districts, to the wrong people
>Turns out Pete Buttigiege funded this app partially
>The DNC pulls the plug, removes all results, says it will take time to tally the votes, nothing until tomorrow
>Biden, Warren, and Bernie all make speeches saying that they expect good results
>Pete Buttigiege comes straight out and says that he actually won the caucus
>Digging into the app more reveals that it was created by Hillary staffers from 2016
>CEO locks twitter account
>Bernie campaign releases their internal numbers, which is only 40% of the total vote
>Shows Team Bernie not only won the night but mopped the floor with everyone else, especially Biden. Only Pete came close
>They put this out without DNC consent, which means if there is discrepancies between DNC numbers and their report, there will be MASSIVE seething

There is quite literally no possible way that tonight could have gone worse for Team Blue.

Also tonight, Trump apparently won the most votes for an incumbent in Iowa in history, had about 99% of the vote.

The Democrats spiked their election, just like the #FakeNews Des Moines Register scrapped its election eve poll, because they didn't like the results. It had nothing to do with Robby Mook or an IT company named Shadow that coded an unsecure system to tally votes. It was pure, raw political expediency and made a mockery of this Jo(((k)))e of an election. At 5PM today the Iowa Democrats released some results from 62% of the reporting precincts that gave Alfred E. Newman and Crazy Bernie apox. 25% of the delegates each and divided the remaining 50% (i.e. half) of the delegates among the others. Since the Dems are holding back 1/3rd of the results it tells me that Bernie killed it in the fantom precincts and probably pulled 35% to 40% of the vote - just like he did in 2016 - and beat Mayor Pete by double digits. Since the HRC vote is divided by three women (Buttigig, Warren and Klobuchar) and a doddering old fool (Biden) this 2020 Dem primary is already a bust. If the final numbers are ever tabulated and released the trifecta will be:

But We the People will probably never know the real numbers - tonight there is a State of the Union Address and tomorrow there will be an impeachment acquittal in the US Senate and on Friday there will be a Democratic Debate before the New Hampshire primary 7 days away. Iowa, the disgusting Democrat duplicity, the caucus results and any reporting on the true winners and losers will disappear forever after 9:00PM EST. That's how the communists do it in a Constitutional Monarchy. 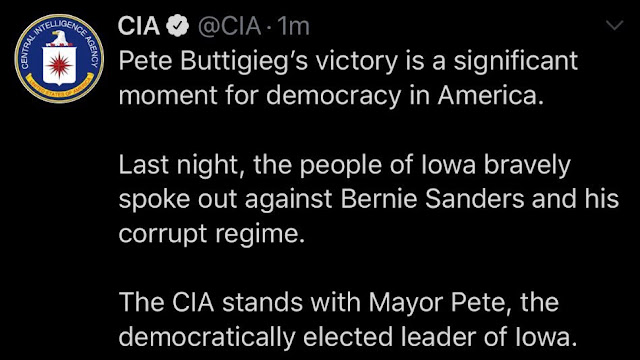 Former Republican strategist Steve Schmidt argued that President Donald Trump's probable acquittal in the Senate this week will transform him into the most powerful leader in U.S. history, suggesting he'd be akin to a "king" or "emperor."

Fat Assed Jerry Nadler says ‘He Is a Dictator’

But the #NeverTrump human scum and the soft communist #Democrats are simply projecting THEIR political ideology onto the "enemy." As was explained 3 years ago in KOTCB Red Hats, White Pussy and Bluestockings "the problem these women protesters have is NOT with fascism but with the fact that THEIR fascist is not calling the shots." These Democratic Socialists, as they like to call themselves, want a king as explained in KOTCB A Constitutional Monarchist's Lament because they believe the American Revolution was a mistake. Establishing this king - the Imperial President - has been a long term project started in the Antebellum Southern States as explained in KOTCB Living with a broken heart and reaching fruition through the machinations of Wilson and FDR. This American King they claim to fear is the creation of the same people that invalidated the votes of simple people who braved the February chill and gathered with their neighbors to participate in something called democracy. What a deplorable and irredeemable political party!

There is an antidote to this virus of the crown - in the embedded video you can see who is infected and who has been cured. God Bless Donald J. Trump - the anti-King, the republican and the cure.