The art of playing it where it lies. 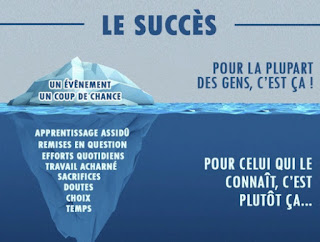 That's from DJT's #1 Best Selling book Trump: The Art of the Comeback which details how the future President of the United States clawed his way back to glory and super wealth after losing it all (on paper) due to divorce and a '90's "depression" in the NYC real estate market. There are those who find The Donald's beliefs "odd" and this Top 10 list is just the tippy-top peak of a mammoth iceberg of belief like the kind of thing you find floating off the coast of Greenland. It's a well developed design for living born of disciplined parenting and hard knock disappointment and betrayal and the Elvis from Queens has no trouble discussing, in detail, the foundation of his worldly philosophy.  In the video below he discusses the prudence of paranoia, the pleasure of getting even with one's enemies and the painful necessity of securing a prenuptial agreement with your girlfriend. But you'll learn other things - incongruous things - that run against the grain of conventional wisdom about The Donald including his flat out declaration that "greed is NOT good" and that relationships (including marriage) is the most important part of life. One other thing, and I can't stress the importance of this enough, that comes up in this interview on a few occasions and is expounded upon with considerable passion toward the end of the interview is that Donald J Trump thinks of himself as... wait for it... an Artist. Not a reality TV star. Not a playboy. Not a politician. Not even a businessman or builder (which is close and a common self-attribution). No, even though he is all of those things (and much more including barbarian, philanthropist, gambler, patriot, etc.) he thinks of himself, first and foremost, as an ARTIST.


Do you agree? Does it matter if you agree with Trump's identity (as he sees it)? No. No, it doesn't matter but it does explain quite a lot if you'd consider the possibility that we're all witnessing the greatest and most audacious and extravagant piece of "performance art" ever conceived and executed by a human being. Winning the Presidency is impressive by any measure but if it's done as an expression of artistic will to extend and cap an arguably significant body of work then we're truly living through a modern renaissance. The key to pulling off this amazing work of "art": Golf.

Yes, rule #1 is Play Golf. That's the tippy top rule which means that if you just can't go against the tide or don't have the luxury of working with people you like you can still be a great artist, and therefore a success, if you play golf. Some day in the future I'll do a deep dive on "The Game" but suffice it to say success on the links requires the ability to play the ball where is lies and being able to do that changes the way you think. It is often claimed by supporters that DJT is playing some kind of 4D Chess and this blog has proposed that The Elvis from Queens is that rare Republican that knows how to play football (in the political sense) but the truth is that our Artist in Chief plays golf.


He's not alone. The other day El Rushbo (also an avid golfer) complained about a #FakeNew Clown from the NYTimes named James Poniewozik who has compared Trump to the borish Al Czervik (AKA Rodney Dangerfield) from the 1979 film "Caddyshack." In promoting his new book "Audience of One: Television, Donald Trump, and the Fracturing of America" Mr. Pony falls back on the same lazy analogy that Limbaugh cited 15 months ago (!!!) in May 2018 that Trump = Czervik/Dangerfield and the DC Establishment = Judge Smails/Ted Knight so Rush is pissed that his "cutting edge of societal evolution" wisdom has been plagiarized. But in December 2015 the KOTCB published "Trump forces Golf to commit suicide" and drew the sly comparison "Hey everybody, we're all gonna get laid!" = Make America Great Again and that predates the EIB Network by 2.5 years!!! If anyone should be pissed-off about a NYTimes hack plagiarizing one of the most obvious silver screen Trump dopplegangers of all time it would be yours truly, Mr. White Chocolate Chas T., but I'm not angry because I know that the Al Czervik analogy is just as sloppy and off the mark as the Archie Bunker analogy or the Tony Soprano analogy (both of which Ponwoz deals from the bottom of the deck). Trump is NOT a nouveau riche stiver crashing the country club. Trump is NOT a loudmouth bigot living a cloistered provincial life in a NYC borough. Trump is NOT a Mob Boss navigating the complexities of modern suburban life and choking down the multicultural rainbow stew that gets ladled into his pasta bowl every day. Trump is an Artist and, like most true artists, he is completely misunderstood and ridiculed by the popular set who maintain their top tier social status by conforming to the absurd conventions deemed "proper" by the establishment overlords.

So Donald Trump is not Al Czervik, the cartoonish character played by Rodney Dangerfield in the slapstick comedy "Caddyshack", but DJT is like Rodney Dangerfield in this important way - he gets no respect. No respect from the trend setters, the comedians, the thespians, the #FakeNews scum, the #NeverTrump "conservative" turncoats, the political "establishment" in DC and, especially, from the Deep State spooks in the Intelligence Community who have been hell bent on thwarting his election and then removing him from office once he got elected.


With my dog I don’t get no respect. He keeps barking at the front door. He don’t want to go out. He wants me to leave.

Yep, the watchdogs want him gone and if you're wondering who watches the watchdogs, well, the answer is they do it themselves (in other words, no one). Up until last week the CIA was willing to play the game according to the long established rules with the understanding that despite Trump's penchant for cheating and the bitter acknowledgement that he'd played the first nine holes with skill and luck (Rule #8 BE LUCKY) the back 9 would be his undoing and the Mueller Report fueled impeachment hearings would drive this brash interloper from the links (along with his peanut gallery of rubes). Once the Special Counsel dropped his report the fairways would narrow and water hazards would grow while the sand traps sank lower and lower and the greens dried up and wobbled for each put. It was going to be triple bogeys and lost balls for that silly old POTUS while he flailed his way to disqualification courtesy of the groundskeepers who turned the course into a gigantic booby trap. It was long planned and this blog dedicated a considerable amount of attention to illuminating this nefarious plot: 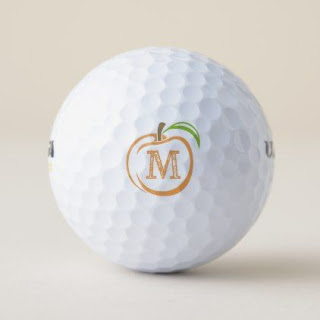 And so the Mueller report which was dropped at the end of March (6 months ago) was supposed to kick off a full scale impeachment inquisition but didn't. Trump and his allies pulled a fast one and the spooks saw 3 years of conniving work burn so the CIA and their friends in federal law enforcement scrambling for something new, something simple to understand, something so murky and fucked up that no one would ever want to look at it straight because doing so would cast a spotlight on THE ENTIRE DC ESTABLISHMENT and how the nepotism game is played. Have you noticed the deafening silence of partisan Republicans rushing to demand that Jo(((k)))e Biden explain how it was that his ne'er-do-well son landed that $50K a month gig with the Ukrainian gas company? Nobody has anything to say about that except Rudy and very soon even that obnoxious ginny will be silenced - Joe Biden Demands That TV Networks Stop Giving Giuliani Airtime. The beauty of this play is how it cuts to the very heart of Trumpism and the threat it poses to politicians who trade off their proximity to power and their ability to write laws, demand regulations and basically game the system to ensure that their spouses, siblings and children get richly rewarded as a result of selfless public service. The CIA is going to impeach a President for the "crime" of exposing graft and corruption and they know that all the politicians on both sides of the isle will let it happen rather than give up the scam they all participate in. It's a disgusting and very effective act of espionage but Gina Haspel might be surprised at how We the People react to having our President tossed out of the game to save Hunter Biden's reputation.