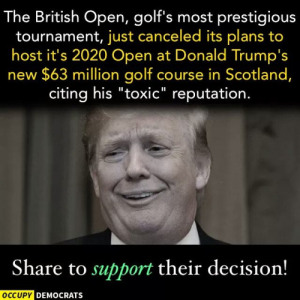 Golf - It's the greatest, am I right? If you're a golf person the answer is a no brainer. People get obsessed with golf, fill their homes with golf stuff (throw pillows, wall hangings, knick-naks, drinking glasses, picture books - the list is endless, they even put golf joke books in the WC so they can chuckle about golf during their morning constitutional) and talk about the game endlessly.  How a person can get so wrapped up in what is arguably the most frustrating and emptiest of all human endeavors is amazing but "to each his own". If you're the kind of person who likes walking (or driving) around in spiked shoes on 200 acres of insecticide drenched, hyper landscaped, faux natural fairways swinging titanium sticks at a likeness of your testicle and then telling stories about it for hours of drunken revelry at the 19th hole then you're probably a Republican. I know that there are many Dems who love golf just as much (or more) than Donald Trump but most of them don't own a golf course - The Donald does and the 2020 British Open was scheduled to be played there - No longer.


One member close to the championship committee told the paper about recent discussions: “One word was thrown around: Enough.”

The Golfers can't take it any more (A sizable number of Trump supporters have said the same thing about GOP golfers).

But Golfers everywhere, including those at the R&A should take a look at who watches golf and tread softly. The stats on advertising buys are very illuminating and you can learn a lot about Democrats and Republicans by looking at where they spend money on political advertising. Dems buy airtime on E! and Comedy Central while GOPers spend their cash on the Golf Channel and History. Can someone from the Network please call up the R&A and inform them that they're killing themselves over political correctness. 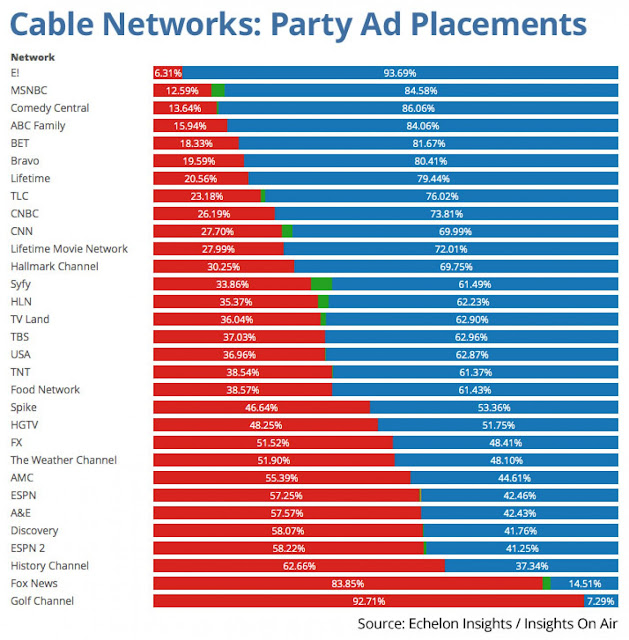