“fine people” on BOTH SIDES

One of the most unusual and controversial #MAGA boosters is a former bank and telecom employee + cartoonist (Dilbert) named Scott Adams who became infamous for predicting a Trump victory in the 2016 presidential contest and has been patiently explaining the success enjoyed by The Elvis from Queens to his faithful audience. Using his television appearances, daily video/podcast exhortations, blog posts and twitter feed Mr. Adams gives a rational argument to the irrational success of DJT based on the art of persuasion, sales technique and what he calls a "talent stack" that made the seemingly impossible happen. He is a Man of the Left ("I'm left of Bernie") and just like his idiotic rational for Obama's "Master Wizard" strategy to beat ISIS in 2015 he's always exploring innovative ways to explain, using reason, uncomfortable truths like 1. free will is an illusion 2. we live in a computer generated simulation 3. Jeffrey Epstein's suicide is a result of institutional incompetence, and so on. It's hilarious to listen to a guy who is so self assured and comfortable in his correctness that he can diminish the nation's founders as slaveholders but be perfectly content to wash his hands of even having to handle the issue of abortion which is, as he sees it, a question of popular sovereignty reserved for women to vote upon. Scott Adams does not vote in elections.  Whatever his strengths or weaknesses the man is a tireless advocate for POTUS Trump and that includes his detailed refutation of what he calls "the 'fine people' hoax" that sprang up after the Charlottesville white riot psycop the IC community ran in August 2017 and We the People were told from the podium that there were "fine people on both sides" of (presumably) the conflict (but in fact it was a reference to the issue of removing confederate statues). Adams makes this point in the opening paragraph of his detailed deconstruction of the hoax and the cognitive dissonance it produces - especially in those fine people suffering from Trump Derangement Syndrome (TDS):

I’ve been publicly debunking the “fine people” hoax since 2017. The press created the hoax by consistently and intentionally omitting the second half of President Trump’s comments about Charlottesville. If you only see or hear the first half of what the president said, it looks exactly like the president is calling neo-Nazis “fine people.” But in the second part of Trump’s comments, he clarified, “You had people in that group who were there to protest the taking down, of to them, a very, very important statue and the renaming of the park from Robert E. Lee to another name.”

BTW, the new name for Lee Park is Emancipation Park, right beside Jefferson Street in downtown Charlottesville not far from The Common House. But Scott Adams skips over the biggest debunking nugget of Trump's scandalous "fine people" statement and that is this: Trump said, “You also had some very fine people on both sides” and though you might encounter some fine people on the white supremacist, KKK, Proud Boys side of the conflict you won't find anyone even slightly "fine" on the Antifa, SJW, Occupy side. As a resident of Charlottesville I didn't (and don't) know anyone who participated on the "Right" side of the Unite the Right Rally (except the organizer Jason Kessler who is a Leftist) and my understanding is that the vast majority of neo-Nazis that marched and protested and fought were visitors from out of town - out of State even. But I do know the #Resist degeneracy that populates the "Left" side because I buy food at their stores, listen to their music, do yoga with them, dance and sing with them, eat dinner with them, party with them and let me say, straight up, they are not fine people. Many of them are crazy cranks who engage in a pretzel logic of resentment and grievance to justify their pampered existence in this beautiful and protected college town. Like any other American college town - Chapel Hill, Bouler, Berkeley, etc - the professoriate, administrators and parasites who live off the University develop a cloistered and enigmatic world view that simply denies reality. These people are as blinkered as any esoteric religious sect when it comes to participating in "normal" American life but instead of bowing to a deity these grubby trustifarians, soy boys and womyn worship cultural Marxist fads, deconstructionist drivel and mystical bullshit. They hate America. They hate the US Constitution and our nation's founders. They hate the flag. They hate you and they hate themselves. For better or worse white supremacists have been roaming around this continent the past 400 Years but when did this other group of "not-fine people" which I'll call "fucking hippies" show up in America? The Answer: 1969. 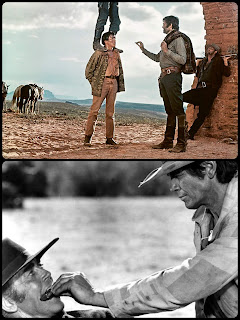 If you want to understand what the "Again" in Make America Great Again stands for you need only wander down to your local multiplex and watch Quentin Tarantino's new movie "Once Upon a Time... in Hollywood" and get the answer. As a Western film buff and Sergio Leone fan I naturally tried to draw comparisons or allusions to the director's masterpiece "Once Upon a Time in the West" and though there were references to Spaghetti Westerns and hat tips to Leone's style (as in every Tarantino movie) I simply couldn't find the complement except in one important way - both movies chronicle the end of an era. The Hollywood film is full of things that existed 50 years ago but are now gone - fun cloths, westerns, drive-inn theaters, the Playboy Mansion, TV antennas, cameras and beautiful cars that lined the streets of Los Angeles.  The cars in this movie are incredible and they are as antiquated and impossible to comprehend as riding a horse to work must have seemed in 1969 when "Once Upon a Time in the West" was released in movie theaters. The Cadillac Coupe de Ville that the film's heros drive around is gorgeous and these were the days before unleaded gas (and don't even think about ethanol) so these cars were basically burning airplane fuel as they motored through the Hollywood Hills. The MG that Roman Polanski drives probably wouldn't even be street legal in 21st century California with no roof and hardly any doors on the vehicle it's a thing of beauty. Gone. Gone with the hot Santa Ana wind and never to return. We lost all these good and great things over the past 50 years but the one thing we didn't lose is the thing we needed to lose the most - fucking hippies. 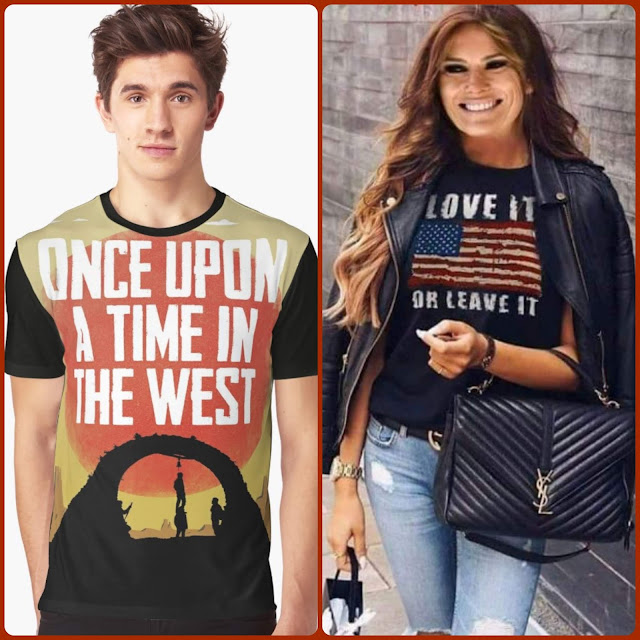 Instead of disappearing into the dustbin of history these fucking hippies have been mutating and growing in number - They now comprise an army of weirdos determined to destroy America. It's not possible that Donald Trump would consider these miscreants "fine people" because they're basically the bastard children of Charles Manson and Squeaky Fromme. The circus clown, Alexander Dial, is one of these misguided offspring and he's raised over $10K to pay for his legal defense after being arrested last weekend in Portlandia for attacking fine people. These Beta Cucks 4 Life are not the future - they are the past - as harmful and useless as a cathode ray tube in an old television set.