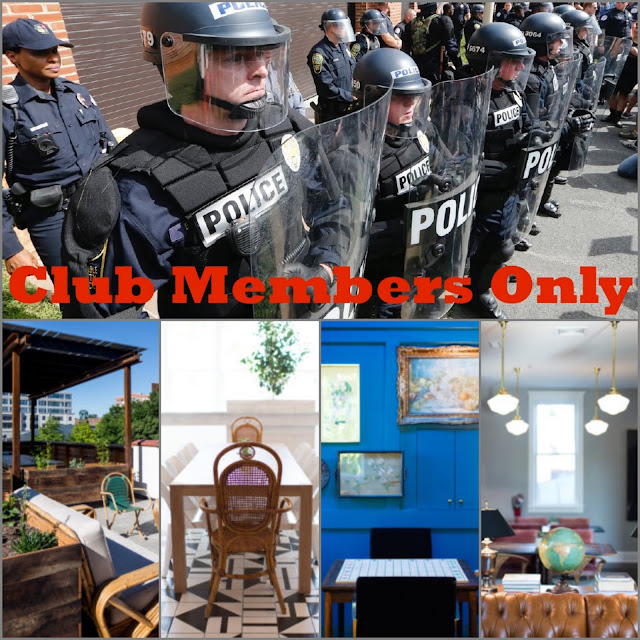 You might have heard that there was a State of Emergency declared in Charlottesville, VA this morning due to a clash of civilizations between the Alt-Right (commonly called White Nationalists) and the Antifa/BLM/LGBT/SJW (uncommonly called fascists). It was a good show for the cable networks and politicians made a lot of pronouncements about hate and what can and can't happen in our society. For my part, I was working in my garden and preparing for my fall plantings but I did see the helicopters flying and heard the sirens crying as EMT's rushed down Rt. 29 to care for the injured. I'd get updates from my pals in town and heard some wild stories - I'm sure I'll hear many more over the next few days and blame will be cast far and wide but as far as I'm concerned ALL the blame for the violence and terror unleashed on this quiet college town rests squarely on the shoulders of the Charlottesville City Council and their idiotic vote to remove the statue of Robert E Lee from Emancipation Park (formerly known as Lee Park). See KOTCB blog post Total Eclipse for a detailed explanation of why these idiots should be tarred & feathered then run out of town on a rail.

I escaped Manhattan (and other cities) to avoid this crap but the crap has seeped out of the cities and flowed down the asphalt tributaries to small towns all across the country bringing the "civic sprit" of authoritarian control in the name of do-gooderism (one of the worst ism's there is). How do I know? Because bastions of protection have started to emerge in these small time communities which is a sure sign that people need a safe zone from the society they "live" in. Take the Common House as an example... What? No, I'm not talking about some government building or civic center. I'm talking about Common House - a new private club just off the C-ville downtown mall where like minded people can go, relax, have a drink or dinner, play bridge or billiards and pay, pay, pay for it. Today the club even sent out an email inviting it's members to come on down and watch the crazies in the street from high atop the rooftop deck (I tried to get a copy of the email but nobody will send it to me). Insulated from the riff-raff a man can stretch out and enjoy himself amongst friends or, at least, amongst other people who crave insulation from the riff-raff - it's grand.

So don't worry about the haters, the stooges running city government, the POPO or anything else - just hand over your wallet and buy your way out of it then feel sorry for the saps who can't. Defend the Common House!!! Without it all will be lost.