Rats in a trap

I was recently asked about the annual budget for the CDC and, since it’s a pet peeve of mine, my immediate answer was $10 Billion burned because that money goes to the CDC&P where the P stands for PREVENTION - as in, the Centers for Disease Control and Prevention based in Atlanta, GA. That $10,000,000,000 has been funneled down south and squandered by “scientists” every year for decades and adds up to hundreds of billions of dollars over the lifetime of this agency. So when a global pandemic gets uncaged and released on the USA you’d think someone at the Arlen Specter Headquarters and Emergency Operations Center would have a plan stashed in the back of their filing cabinet detailing how to PREVENT the bio-weapon from spreading across the fruited plain. Too difficult? Then how about a plan to mitigate the impact of a pandemic so the the entire US (and by extension world) economy isn’t forced to grind to a halt thereby destroying the livelihoods of countless millions. No? Can’t prevent it and can’t control it? $10 Billion per year and America still has to take a 15 day, er, month “pause” from work, school, church, weddings, funerals, everything but grocery shopping? What, exactly, are We the People getting for our money?

Answer: not much. Boondoggles for scientists and the corporations that fund the politicians that appropriate the tax dollars (that’s where you and I come in) that pay the scientists that support the corporations by coming up with reasons for the saps (that’s you and me again) to buy Big Pharma poison and consume it. It’s a wonderful agency for a few select groups making money off of it but as far as controlling and preventing disease goes the CDC(&P) is a very costly Big Gov Black Hole of failure. It’s exactly the kind of Scientific-Technocratic Elite organization that Ike warned about in his farewell address to the nation which big brain Constitutional Conservatives love to cite with a tisk-tisk shaking of the head but keep on funding anyway.

As bad as the CDC(&P) is, and it is bad, this satellite money-pit is small time dirty south crumbs compared to the big daddy National Institutes of Health (NIH) located just outside the DC city line in Bethesda, MD. The NIH has a budget 4X that of the CDC(&P) which pays for tentacles that wrap all the way around the entire globe and funds “experiments” that confound Nature and Nature’s God. One arm of this leviathan is called the National Institute of Allergy and Infectious Diseases (NIAID) and these geniuses will actually help create the kind of lethal killer “bugs” that the CDC(&P) is paid to stamp out - a perfect circle

HUGE! — RAT IN A TRAP: Fauci Admits COVID May Have Been Man-Made — ADMITS TO FUNDING CHINESE LABS! (VIDEO)

What could go wrong? Dr. Tony Fauci is the director of the (NIAID) and he’s been getting a lot of airtime over the past year because the Chinese Communist Party (CCP) decided to use one of his “experiments” to start World War 3 and, I guess, he’s trying to make things better. I stopped listening to him and all these scientists around February 4, 2020 when I realized that even though Steven Soderbergh had made a movie in 2011 titled “Contagion” that pretty much detailed the WuFlu pandemic like a time traveler these people at the CDC(&P)NIHNIAID had no frigg’n idea how to handle an outbreak of the bat bug. Hey, dipshits, just do what Samuel L Jackson would do, oops, I mean Lawrence Fishburne. “Contagion” is a two hour movie made 10 years ago that maps an almost perfect timeline to what has happened in our world as a result of the Chinavirus with one exception - the Fauci character in the movie (Fishburne) sacrificed his own safety by giving his precious vaccine to a sickly kid at the end of the movie. That’s not how it goes in real life. 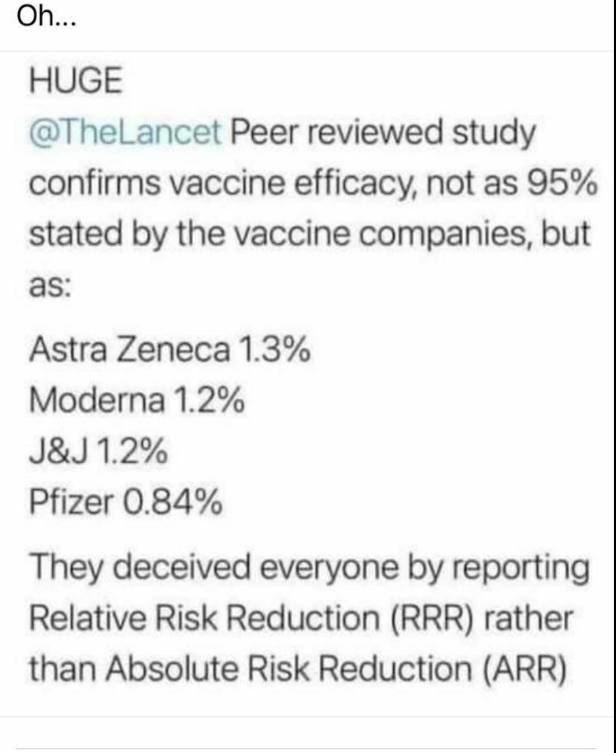 In movies the vaccines work and save lives but in real life something very different happens. We’re just going to have to wait a little while to see how this non-movie plays out. I think the VAX is great because for about 40% of the population getting the jab is the only way they will ever feel comfortable rejoining our society and while I personally have really enjoyed roaming the earth while that group of people lock themselves inside I know it’s selfish to keep them confined in their mental prison. The fact that these vaccines have a 1% chance of being effective means that they are, for the most part, a placebo designed to make people feel better (in their mind) and won’t do much to the sheeple who get injected but there’s always the odd possibility.... 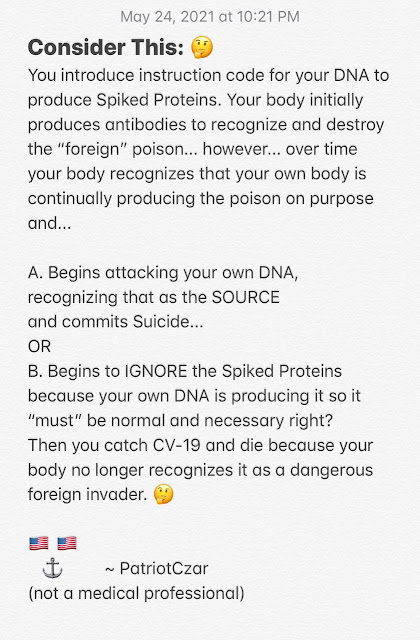 If you don’t want to take the chance of unintended consequences the KOTCB VAX Card is a good fallback option but be warned - there are well known side effects from the KOTCB treatment including nausea, irritability, sleeplessness and violent outbursts. The full Clown Bell mind vax will change you at the core of your being and you’ll probably hear a ringing in your ears for the rest of your life but you will be free. As Jo(((k)))e Biden says, “The choice is yours.”
You might be wondering how we got to a place where the ChiComs felt it necessary to release a weaponized bat virus from a P4 lab in Wuhan and poison the world and why our NIH went along with this act of war knowing what they did about COVID-19 which is quite a lot because Fauci funded the gain of function “experiments” required to create it? There is an answer to this question! Almost no one talks about it but if you know where to look the prime directive can be found.
For example, Andrea Peterson writes an article titled “Final FY21 Appropriations: National Institutes of Health” for the American Institute of Physics (AIP) which is a 501(c)(3) not-for-profit corporation that advances, promotes and serves the physical sciences for the benefit of humanity and she tells it like it is.
“The National Institutes of Health is receiving a 3% funding increase in fiscal year 2021, bringing its total budget to just under $43 billion. This is the sixth year in a row the agency has received a boost of over $1 billion. Most of NIH’s component institutes will receive budget increases of between 1.5% and 3%, except for those focused on aging and minority health disparities, which will see significantly larger increases.”
It makes me as sick as Gwyneth Paltrow to read that the NIH, which created the the COVID-19 virus in collaboration with the CCP, and the CDC(&P), which couldn’t/didn’t control or prevent the pandemic’s spread, are getting their budgets INCREASED by 3%. And there’s more special funding for emergency pandemic response and $Billions that have already been stuffed in the technocratic overlords pockets during the pandemic that is supplemental and off-budget so the “real” NIH budget is probably closer to $50 Billion. This money is being targeted at big problems like pandemic responsiveness, collaboration with other labs, leveraging AI, improvements to infrastructure, increasing diversity in STEM and putting a stop to sexual harassment in the scientific workplace. Padding the budget is a good motive for running bio-warfare first strike on your own country but there is one other thing that Andrea P. snuck into her article that illuminates the real reason  - it’s a graphic (inserted above) that shows Trump’s projected 10% cut to the NIH budget for 2021. I realize that’s only $5 Billion but it’s a start and it’s probably the first proposed cuts those “swamp rats” at NIH have ever seen. Well they showed everyone who the REAL rats are in this societal maze - and it ain’t Dr. Fauci. 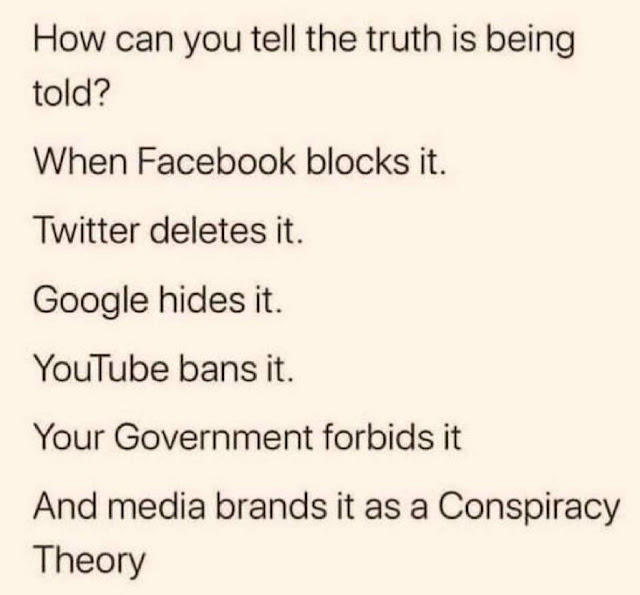 Yeah, they showed Trump! Orange Man wants to take away our money well how about we kill a few million people world wide, crush the global economy, take away everyone’s freedom and then inject them with a semi-harmless (maybe) and totally ineffective poison as the price of reentry into “normal” life? How about that? Do you still want to cut our budgets? Do ya? I CAN’T HEAR YOU!!!
The Elvis from Queens has packed up and moved to an island just off the cost of America’s flaccid penis, but the thousands of scientists and tens of thousands of administrators who work at the NIH haven’t moved anywhere - they’re still pushing paper in Rockville, MD and getting more money than ever before.