May 31, 2018
I should say right up front that I'm not a Roseanne Barr fan, which is not the same as saying that I hate her because she's a racist Trump supporter, but simply makes the point that I'm not her demographic and have never seen any of her TV shows or comedy acts. I know almost nothing about her and the only memory that I do hold is of her butchering our national anthem at some baseball game in the distant past - like 20 years ago. So getting her show canceled by the ABC Television Network because of some early morning tweet she sent out to the big wide world will have zero impact on my life. However, I am a big fan of "The Planet of the Apes" (ranked #6 on KOTCB all time great Sci-Fi movies list) and an even bigger fan of the ingenious French author, Pierre Boulle, who conceived of this dystopian future. And when I hear people calling a reference to "Monkey Planet" racist I simply must spring to the defense of Boulle, Charlton Heston and Franklin J. Schaffner and the masterpiece they created. Because Roseanne's "crime" was NOT comparing Valerie Jarrett to an ape, as is reported by the #FakeNews media, but was instead claiming that the “muslim brotherhood & planet of the apes had a baby=vj” which is, in my opinion, an objectively true observation:


If one were to marry Mohammed Badie (gotta luv the name), leader of the Muslim Brotherhood in Egypt (now imprisoned forever by al-Sissi) with Dr. Zira (played by a very caucasian Kim Hunter) and they had a baby, that baby would look a lot like Valerie Jarrett. Is that "racist?" As far as I know, I'm the only person in America that's even done the work to validate of disprove Roseanne's hypothesis. And the big time TV star apologized to everyone, even though it was pretty much true, and then lost her show anyway.

I have a modest proposition based on this event (and many other events like it) which is that from this day forward no one pay any serious attention tweets from thespians, or anyone else for that matter, because tweets are just throw away comments made in cyberspace. They're bullshit like the kind of things anyone might say while making their morning coffee or having a beer around the BBQ and they mean nothing - a tweet is no more important or meaningful than a bad joke, misunderstanding or stupid idea that people make verbally ALL THE TIME in their daily life but instead of having the words vanish into the ether they are captured and plastered on the insane Twitter Wall for all to see. In other words, give everyone the same licence to say whatever the hell they want that Twitter extends to its African-American users and let the chips fall where they may - like this: 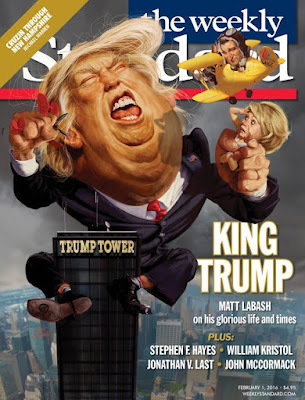 Do We the People look like apes? Yes we do. "Chimps are our closest living relatives — we share 98.8 percent of their DNA" and it's that hook that made Boulle's fantasy so effective and, based on his personal experience, showed what animals homo sapiens could be. Take a second to Google search "Trump Ape" and see what come up in your web browser if you think I'm being a racist for pointing out this stark fact of life. Insults are cruel by design but it doesn't sting any more if you call a "black" politician (is VJ black? because I really don't know) an ape - or at least it shouldn't in 21st century America - and unless you're a soulless AI or a racist yourself you probably don't think there's any more monkey in a black person than there is in any other race. I've strolled the causeway leading to the Haji Ali- mosque in India and given alms to the impoverished beggars lining each side of the mile long pathway leading to the holy site and among that cast of crippled, disease riddled humanity were honest to god "monkey people" on a leash holding out their tin cup. No one in American politics can be legitimately compared to these wretched urchins and their desperate lot in life so fucking lighten up! We are very fortunate what with our smart phones and twitter accounts and freedom of speech (up to a point) but we should always keep in mind that a Planet of the Men is just 1.2% different than a Planet of the Apes and we should honor and nurture that small but profound difference. Love, forgiveness and honesty will always overcome fear, hatred and lies but the hard part is deciding who's side is authentically loving, forgiving and honest - being able to chose correctly is what makes a human being.