Gone are those halcyon days of Baracketology broadcasts one ESPN from the West Wing complete with FBPOTUS analysis of the key matchups, strengths and weaknesses of each team and predictions. With all the wars raging around the world, the terrorist threat, the anemic US economy, senseless murders, drug epidemic and myriad of other problems resting squarely on the mans shoulders it was impossible to escape the conclusion that BHO watched A LOT of basketball. How in God's name did he have so much knowledge about the 13 seed teams in his bracket? I know he's smart, but common, only God can speak with authority about Norfolk State's game (or so we thought) but there he was, taking the entire nation through his bracket in prime time and going deep, deep into speculative prognostication for all the world to see.

Aah, the unambiguous pleasure of being #1.

That was then, this is now:


Just because I have more time to watch games doesn’t mean my picks will be better, but here are my brackets this year: https://t.co/ETRchPcZxF pic.twitter.com/gnNXw0Ysxr
— Barack Obama (@BarackObama) March 14, 2018 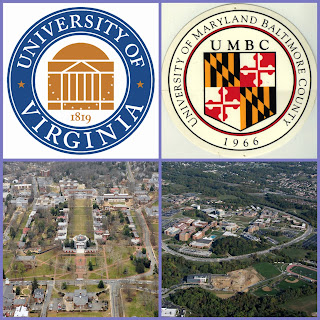 He's watching even MORE basketball now!!! WTF - how could he be watching more than he did as president? And his bracket is already blown to hell (not that I hold it against him) just like 99.999% of everyone else in the world because UVA lost to UMBC in a truly epic contest with an unbelievable outcome. The number one team in the nation and number one seed in the NCAA Tournament lost to University of Maryland, Baltimore County - not the Maryland in College Park with a long hoops history but a tiny suburban college located on the outskirts of Baltimore near the BWI airport. It is one of the inscrutable aspects of the game, by which I mean the game of Basketball, that on any given night any team - even a mediocre, less talented and lucky team - can step onto the hard wood and light it up like the 4th of July. That's what happened to UVA last Friday night when they suited up, strolled out of the locker room for their perfunctory win and ran into a buzzsaw.  It happens.

Last night UMBC played it's normal game and got it's ass handed to it by K-State (shooting under 30%) as would have happened in the UVA game under normal circumstances. But now UVA and UMBC are just memories and weather you're happy or sad about what happened it won't change any of it. The parade marches on and in a few days those that were sitting at the top will be forgotten and something new will catch the publics eye, captivate their interest and consume their energy, adulation and anger.