'Mildly Nauseous' but no regrets

May 06, 2017
Let me apologize up front for the photo of Mika's mouth and the lewd joke I'm making at her expense. It's cruel and ungentlemanly, I know, but I'm only trying to make a point so I can't say I regret it and will do it again and again and again until my point sinks into your thick skull. The people who talk to you on TV - virtually every single person you see on TV - is pulling down six figure incomes and (more importantly) live a life that is nothing like yours in any meaningful way. This includes all politician, news readers, pundits, talkshow hosts, game show hosts, advertising pitch men, sports stars, musicians, soap opera stars and late night comedians. All of them, every single one, is rich in comparison to their broad audience and they lie to you every single day to keep it that way. Not only are their material circumstances different (better???) than yours but their personalities are different too because thespians (actors of every stripe) are not "normal" and will not hold themselves to your standards of behavior, morality or humility. Case in point: @MorningJoe's engagement to @MorningMika:


Of course, Scarzinski’s road to betrothed bliss wasn’t simple. When the show began on MSNBC in 2007, they were married to other people. Brzezinski divorced journalist Jim Hoffer after 23 years of marriage last year, while Scarborough and his second wife, Susan Waren, split in 2013.
Still, their engagement feels just a bit inevitable. The proposal itself was fittingly cinematic – according to The New York Post, the couple were celebrating Brzezinski’s 50th birthday in Antibes at the Hotel du Cap-Eden-Roc’s Bar Bellini (a fave of F. Scott Fitzgerald).

Eden Rock ain't cheap and if you want to take a look around the place be my guest (cyberspace is probably the closest you will ever get to being there) but don't look at the room rates unless you want you eyeballs to fall out of your head. In another time - back when America was great - this affair Scarzinski would have pushed these two right off your TV screen and out of polite society to the point of exile in France. But today they are celebrated and keep their idiotic TV program, lucrative contracts and book deals - the jackass Joe Scarborough keeps his pension for years of "public service" in the US Congress - and no one raises the slightest objection to being lied to for years (for this affair has been going on for years) and the wreckage of their respective marriages. Talk about "defining deviancy down" and lowering the bar for everyone! Well, almost everyone:

Now this kind of truth telling is very unpopular and when you treat millionaire journalists like you would any other person they get very, very upset. Their anger and hurt feeling spread to others in their "community" and you might even find their boyfriend leap out to defend the honor of an aggrieved party. That's what monsieur Colbert did for his "colleague" John Dickerson who was rudely brushed off by the POTUS just for pestering him with uncomfortable questions about Obama wire tapping Trump Tower after the election. Colbert wanted the president to know that you just can't treat a journalist like that and get away with it so he called Trump a cock sucker on national TV. He doesn’t regret that either - he feels great about it. Why shouldn't he? Who's going to step in and slap his wrist for the transgression? He's not going to get fired or run out of town or droned by POTUS.

It's enough to make one feel mildly nauseous that almost no one would change any of the decisions they've made over the past few years. Even when they've proved to be completely wrong in hindsight.


“It makes me mildly nauseous to think that we might have had some impact on the election,” he told the senators. “But honestly, it wouldn’t change the decision.”

That's from the FBI Director, James Comey, who toyed with the HRC campaign for over a year and finally made a "decision" 11 days before the election when he reopened the criminal investigation on the criminal and threw Her under the bus. Even Doug Schoen got backed away from his long time patron after that news. No regrets - hell, Putin hated Hitlery so much there was no way he was going to let her win and it's not like the FBI could do anything to stop the Russians from stealing the election so...

All that being said, there is one group of people who did change their mind over the past few weeks and the House Republicans, after failing to pass the Obamacare repeal and replace Bill, thought about it and probably regretted their earlier decision so this week... they passed it. Yep, they passed it and now it's on to the Senate who will hate being put on the spot (as usual) but will have to pass some form of Obamacare repeal too and then comes reconciliation and then a Law. In other words, the gigantic boulder that the GOP has been pushing up the hill for 7 years just inched over the crest by 2 votes and is on the way down the other side with no one to stand in the way or stop its progress. Healthcare is now firmly in the hands of the government so every two and four years you'll be voting for your life (literally) and that's the way the politicians want it. 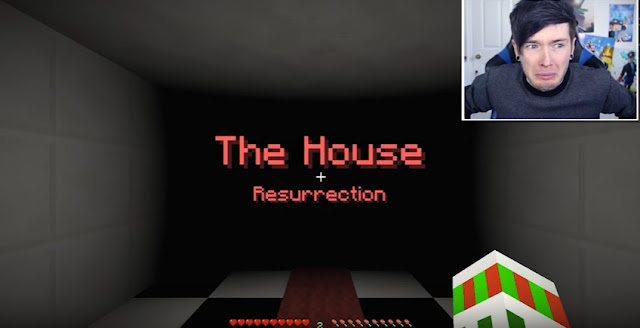 How did Trump pull this off? I mean, if you listen to Joe and Mika or M. Colbert or James Comey the POTUS is a clown who doesn't know what he's doing, doesn't belong in the White House and "might" be involved in espionage with the Russians. Watch the video below and DANTDM will take you through the play-by-play (metaphorically) of how it happened.

Keep searching for the truth TV people and the clown will kill you.