we're going to have to allow some fluidity 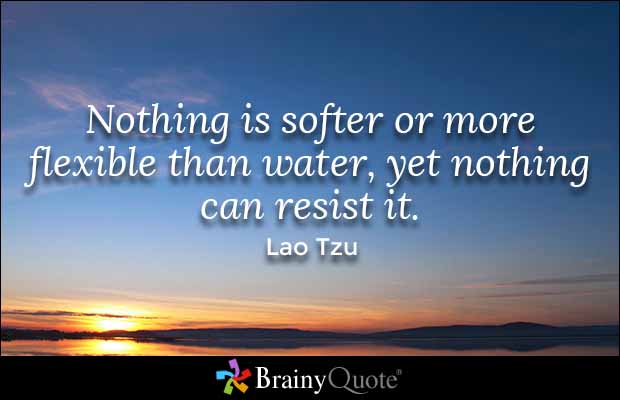 Good news - Dolezal is b(l)ack and talking truth to white power privilege and black power poverty in an NBCBLK interview where she blew up the social order with an impassioned defense of her trans-black worldview. I've always had a soft spot for Rachel Dolezal and felt that she got a bad rap from the start because her views, and the way she manifest them, were too heterodox for our stupid age of racial, gender and ethnic classification. She's written a book, "In Full Color", which looks great on the outside but I fear it might read something like this universal answer to almost any question you ask RD:


Well I did, and for people who read the book you can kind of go walk through that journey. The funny thing is that when I was asserting that in college, for example, people were constantly — when I was like, "I was born to white parents," people are like, "What are you?" and I would tell this long story, which people's eyes would glaze over and they didn't really wanna hear all that. But also the response would always be like, "No, you know you're part Black."

America is full of the type of social justice warrior that's always going on about implicit bias, trans-identity and many other "deconstructive" theories they learned in college (or somewhere along the way) and listening to them, if you're a normal person, makes your "eyes glaze over cuz you don't really want to hear all that." Have you ever encountered one of these SJW's? Well, Rachel Dolezal is the kind of person who makes those people's eyes glaze over so you know that in her we've found someone who's gone so far 'round the bend that we're about to come out the other side. And do you know what your average, run of the mill, SJW tells Ms. Dolezal after they've listened to her long story through ears that don't really want to hear and glazed eyes that cannot see? They tell her that she's "part Black" which might confirm her own Trans-Black identity but can hardly be called an affirmation of Blackness. 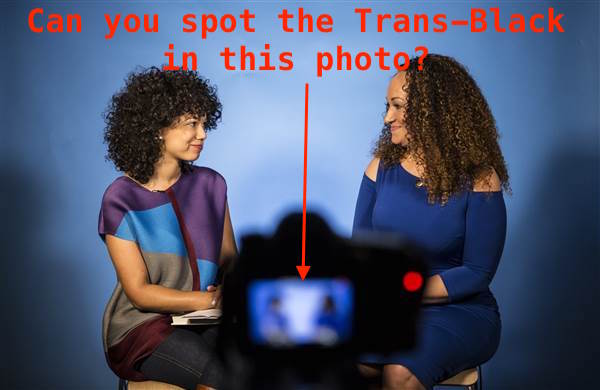 
SJW - What are you?
Dolezal - Right, if I was allowed a more complex term, I would say I'm a pan-African, pro-Black, bisexual, mother, activist, artist, you know that's like too long. So trans-Black is quicker.
SJW - Do you feel that you can be kind of a unique, I don't know, kind of liaison?
Dolezal - Yeah, kind of a bridge. I mean I do kind of feel somewhat caught in between a little bit, because, like kind of like a ping pong, getting slapped from both sides. But I guess that's you know maybe useful for people to have something to bat around a little bit because people do want to talk about race and it's something that, you know, we don't talk enough in substantive ways. We kind always kind of talk about little surface stuff.
SJW - No, you know you're part Black.

We've now come to a very fluid place in our cultural life where the Trans-formation of almost everything is on the table. If you're born a boy, win the Olympic decathlon, and decide to transition to being a woman - go for it. You'll win awards for your courage. If you're born white but decide you're more authentic being black then be loud and proud. We'll give you a book contract and put you on TV. If you want to meld your physical body with the machine and live forever as a cyber-human with your consciousness downloaded to a solid state hard drive that's great. We call it the singularity. I've often contemplated the possibility that all this transmutation is a symptom of the machines rise and humanities fall and ultimate self-destruction. When a society accepts the idea that a persons genitalia does not determine their sex and a persons pigment does not determine their skin color then why imprison someone's personhood in flesh and bone - the very idea of humanity is so reactionary. 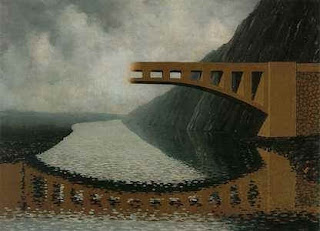 This idea of fluidity is as old as western civilization itself and erupted from the Greek city of Miletus like an underground spring in the person of Thales - the first philosopher. This great man believed that water was the primary element of existence and permeated everything. He hypothesized that the terra firma floated like a log on a vast sea of water and that we humans were made of this mutable, protean stuff. Under this natural order there is little one can do but go with the flow for nothing can resist waters capricious power to erode or evade. It took a neighbor from the north to reset the debate when Heraclitus said, "You cannot step into the same river twice, for other waters are continually flowing on." So it is fire (change) that is the true primary element that fixes our perception of life or "reality" and that change requires conflict - my blog in your stream of consciousness. This concept is beautifully captured in one of René Magritte's most under appreciated paintings titled "Heraclitus´ Bridge" where we see a fully realized bridge reflected atop the running river, but the actual bridge - the practical, physical structure a person could walk on - is incomplete and waiting for it's other half to arrive. To create a bridge between people, between ideologies or religions, between governments or countries a design and framework needs to be constructed to align the structures. The "trans-whatever" world of Rachel Dolezal and her supporters packs their half of the bridge with TNT and blows it up - then they jump in the river and demand some fluidity from society because they're now just "kind of a bridge" now. It's enough to make you want to build a wall.