The descendants of Ham

June 17, 2015
This troubled soul has been in the news lately and I'm honestly loath to write about her specifically, but rather her as some kind of warped totem of racialist "thinking" in the USA. By now there's probably not a person in America (or the world) who has not heard the story of Rachel Dolezal and her fall from race, but for those who just emerged from their cave today Vox.com breaks it down. Her experiment is not so unique, and if she'd been smart enough to write a book about her experience she'd be treated like a hero instead of a whack job.

And what a book that would be! My suggested title "Black Like Thee". She could tell a fascinating story about what it's like to attend Howard University in Washington, DC as a white woman and what it's like to be a black NAACP leader in Spokane, Washington. As a white artist she attempted to sue Howard University - Dolezal’s lawsuit contended that Howard was “permeated with discriminatory intimidation, ridicule, and insult.” That racism is something Larry Whitmore finds ridiculous, but as a white person who's actually walked onto the Howard University campus I find highly credible but know it to be absolutely impossible to "prove" to a DC court. Her black experience in Spokane was more successful and Whitmore can't wrap his head around that fact either - Check out the video clip below and you'll see what I mean. Maybe Whitmore needs to be more whit to "get it".

You see, the world wide web is a lot of fun because you can find photos of Larry Whitmore everywhere - in all shapes and sizes (and colors). I know you can't tell a book by it's cover, but taking these random photos as a sampling - who's got more color? It's a toss up from where I sit, but the whole question is kind of beside the point. The guy on the left is a comedic personality with a cable TV show and the guy on the right is the librarian at the Brownsburg Public Library in Indiana (for real, Brownsburg, I'm not making it up - I couldn't make it up). Which of these two jobs is more beneficial to people of color - or just people? Answer: Librarian 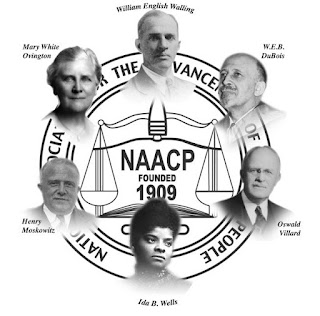 There is a lot of odd commentary about the plight of Rachel D, but one thing I don't quite understand is why a white woman can not head the Spokane chapter of the NAACP? Spokane only has a black population of 2.5% so it's not like they have a huge pool of African American talent to choose from and isn't it possible that a white woman with black siblings might care about the advancement of colored people? Contrary to its storied history, the sad truth is that Mary White Ovington would have no place in today's NAACP because she was as white as her name and that's unacceptable in America circa 2015. And so Rachel D. became black(ish) to fit in and gain acceptance from an organization that would not accept her otherwise - or maybe it was just for kicks. The Baltimore, MD chapter of the NAACP was founded by William Ashbie Hawkins who was an early civil right hero. But Hawkins grandson, born to black parents, identified as American Indian and did his work under the identity of Red Thunder Cloud. Look at Baltimore today and ask yourself does it need more Rachel Dolezal or more Red Thunder Cloud? 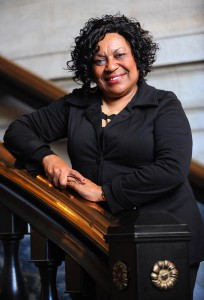 Today, the good people of Baltimore have Tessa Hill-Aston as their NAACP President and this is word for word how she is described on the Bmore NAACP web site:


For more than two decades, Tessa has been abdicating for those who some times are not able to speak for themselves.  Her ever present involvement and activism demonstrates her passion and commitment for building and inspiring men and women in the City of Baltimore; seeking to enhance the quality of life for all people.  Her ability to bring together parties and resolve conflict – coupled with her continued diligence and dedication to simply help others – has led to outstanding leadership and success in a myriad of areas dealing with the restoration of relationships, equality and harmonious living.

How true - especially the "abdicating" part.

It was Baltimore where Frederick Douglas got his first taste of freedom from his love - Anna Murray and he later wrote these words:


If the lineal descendants of Ham are alone to be scripturally enslaved, it is certain that slavery at the south must soon become unscriptual, for thousands are ushered into the world annually, who, like myself, owe their existence to white fathers, and those fathers most frequently their own masters.

It's something for the descendants of Shem, Ham, and Japheth to think about while they ridicule Rachel Dolezal.