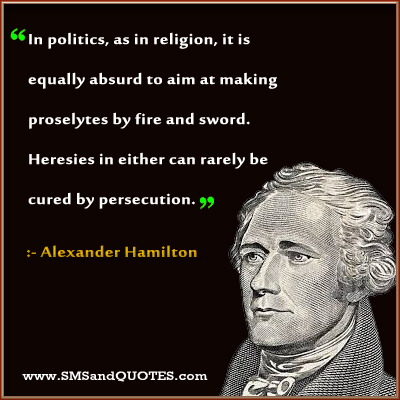 From Playbill - Face value of tickets purchased at the box office are as follows: Standard tickets start at $139 and Premium tickets start at $549. So a family of 4 can sit in the cheap seats for about $550 which is worth it if you love musical theater (I don't) and want to see conventional US history retold as a song and dance gimmicky minstrel show. And what does the audience get for their money aside from a sore ass, control group tested melodies, Disneyfide costumes and set design, hammed up "acting" of high school history book characters - well, if you're the soon to be VP, you get lectured on your way out the door. It's to be expected that a Knight of the Golden Circle would feel compelled to speak truth to power when he has a hated Republican trapped in the theater but there is something particularly ironic when that "truth" teller is Brandon Victor Dixon (dressed as Aaron Burr) graduate of 0.01%er St. Albans School located beside the National Cathedral on one of the 7 hills of New Rome and Columbia University (known as King's College in Hamilton's day). So BVD's little speech was not so much T to P but rather, strange to say, Multi-Cult NWO Power speaking to Hoosier Truth.

The KOTCB blog pointed out in a previous post, Trump is exactly the type of person who founded the USA and all the talk about how the Founders never intended someone "like" Trump to attain the office of presidency is rubbish - worse, it's a lie propagated by lousy history and bland corporate pop culture. The fact is that Trump believes the same thing as Alexander Hamilton and, like Hamilton, he is despised by the same kind of people. Those people are Americans Loyal to Leviathan and in colonial times they thought Hamilton and all patriot revolutionaries were insane for turning on their English masters. Once the war was over and the Americans had won their independence many of these wealthy urban swells packed up and moved to Canada - and they've looked down on the lower 48 ever since - but unfortunately not ALL of them left. These loyalists are not represented in modern day musicals (or history books) but their progeny are still living in New York City, and many other cities in coastal America and they still threaten to move to Canada but unfortunately I don't think they will.