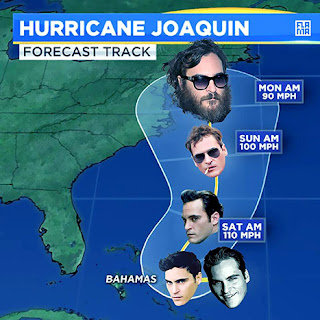 Al Gore has warned us that "once in a thousand year events are occurring more frequently" and that holds true for weather as it does for everything else. Since I have a daughter living in Charleston, SC and many old friends in the Palmetto State I have been following the deluge that drowned the low country over the weekend with great interest. We were discussing the flooding over dinner tonight when grandmother said it reminded her of the Great Ohio River flood of 1937. Oh yeah, 1 million people washed out of their homes and hundreds of millions of dollars (something like $10 Billion in todays money) in damages. She lived in a railroad car for a few months while they repaired her parents home in the Kentucky town where she lived. So I guess Al Gore is... right? Who the hell knows, floods happen with or without the internal combustion engine and a modern energy grid - if anything we handle them better today than we did yesterday.

Of course, things could have been much worse for the South Carolinians had Hurricane Joaquin actually made landfall as a CAT 4 apocalypse the way it was supposed to. But it didn't, so continues the long string of none events that have shaken the eastern seaboard to its foundation for nothing. The hurricanes happen, to be sure, but they don't make landfall, so they really don't happen in any meaningful "climate change" kind of way - "if a tree falls in the woods..." - meaning that while they churn out in the Atlantic no one can "politicize" them. Thank God!

And I do thank god for his mercy, for it looked to all the world that Joaquin was headed for our Nation's Capital to drown the rats and topple monuments. Had it happened I certainly would have been one of the first to claim divine wrath and righteous judgment on the wicked. But Gods love is infinite and I hope the puny people pushing paper in the District of Colombia consider that reality in their daily grind - writing regulations and scolding We the People with their sanctimonious preaching. The Lord could wipe their city off the face of the earth with a small (by his measure) storm, but at the last minute he sheathed His terrible sword and lifted the hand of fate. Just another day in a world we humans can barely understand and rarely appreciate.