To Deux Two Dva Too 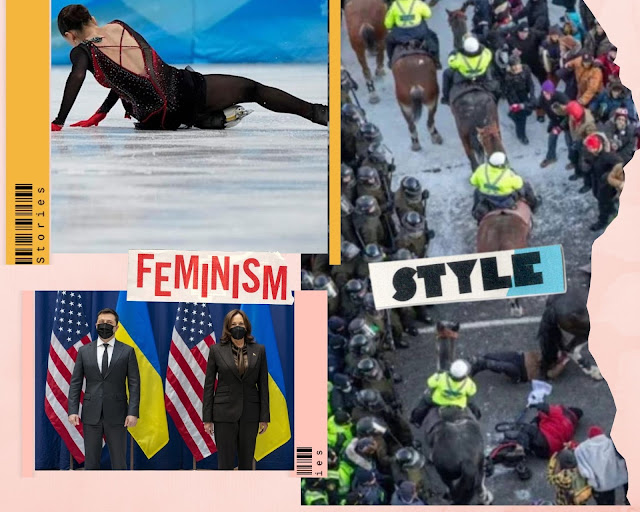 For better or worse its a man's world and no matter how much we try to get the girls involved by encouraging them to be more masculine in their approach to life they just keep falling down on the job. Three recent examples will prove my point:

Russian Olympic figure skater Kamila Valieva: Why is she doing quadruple jumps at the Olympic Games in Beijing. China? Grown women can't do these jumps - only young girls can - and they look stupid and ungraceful when they succeed. Ban the Quads from the competition IOC! Stop encouraging women to perform feats of athletic daring and concentrate on their feminine grace and beauty on the ice. It's a man's maneuver that requires performance enhancing drugs and the coaches are scum who don't think twice about juicing these teenage girls.

Roberta Paulsen, the woman trampled by police horse in Ottawa: I can't believe I even have to describe this horror of a grandma with a walker standing in a protest line and "holding her ground" when horse mounted police move in to break up the crowd. It's just stupid to let an old woman die to make a martyr for the cause of stopping vaccine mandates because they might injure or kill you. Let the boys hold the line and let the women and children bring them food and water or reload the weapons or whatever.

Vice President Kamala Harris sent to Europe to handle Ukraine: To be honest I didn't think the Lotus Flower would be returning from this trip to Germany. I know, I know, but the fact is the Biden people must be thinking of a way to toss this broad overboard and I thought some false flag assassination was a distinct possibility. Or maybe just a Ron Brown type of accident - sad. But instead Clown World gave us this:

A reporter pressed her: “But if Putin has made up his mind, do you feel that this threat that has been looming is really going to deter him?”

But that answer contradicts repeated American predictions that Putin has already decided to invade.

“As the president has said,” Harris told reporters just minutes after saying the threat of sanctions will deter Putin, “we believe that Putin’s made his decision. Period.”

So let's stop with this feminist bullshit because its ugly, its going to get us killed and it doesn't make any sense. I'm not saying we should disrespect women - I'm saying that we are disrespecting women right now and we should stop. Our women are critical to the survival of humanity and they are extremely capable (dare I say superior) to men in many facets of life. But we need men to engage with other men on the field of battle and not every civilization has collapsed into feminine Gaia worship. Russia, for example, has few women in politics. Russia's leader is not a soy boy. Unless the West rediscovers its masculine sky God rationalism the civilization it created and protected will not sustain itself. 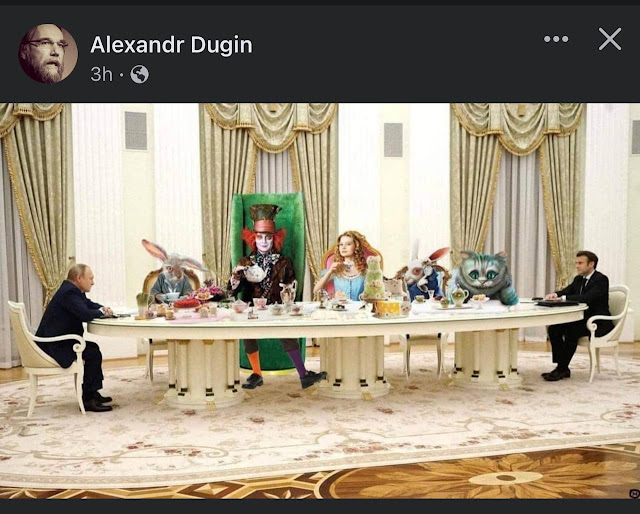