It has long been the proposition of the KOTCB blog that, had Donald J. Trump never entered the 2016 presidential contest, national hatred of Her Would have allowed JEB! to capture the highest political office in the land. I even rewrote JEB!’s speech announcing his candidacy to help him capture the imagination of the deplorable and irredeemable citizens who might be attracted to a “staunch conservative” like John Ellis Bush. Unfortunately for JEB! a brash and unapologetic New Yorker glided down the golden escalator of his mid-town tower and completely eclipsed the competition with a pretty good speech of his own. The rest, as they say, is history (not Herstory).

JEB! got washed out. Mission accomplished. Aside from a few funerals and chippy comment from Kennebunkport or Boca Grand the Bush Clan have been sidelined. But today we got an image of what life could have been like for Americans and the world if events had turned out differently. 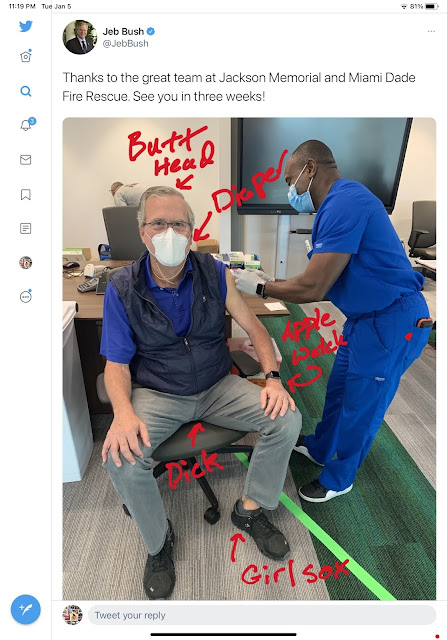 It would have been a long, boring and depressing 4 years of slow growth and endless war. The Bush family wants to bring back the bad old days of a pre-Trump America but they still don’t know how the November election will be resolved. See ya in 3 weeks JEB!