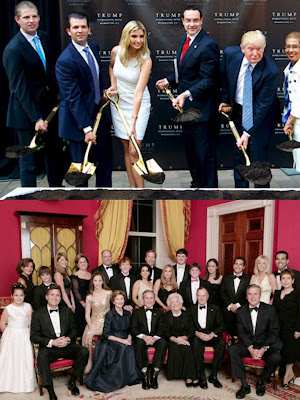 South Carolina has delivered it's verdict and JEB! is out after spending over $100M to win he lost and lost and lost. Now everyone is wondering where his votes will go - Rubio, Gov. K, ...? Um, I guess those are the only two options left (unless they go to Donald Trump, which some undoubtably will because Trump and Rubio's ideological support is almost identical). As was noted long ago, and sighted several times on this blog, the Donald has captured the sweet spot of the GOP electorate and there's no way to move him or his supporters. He's played a game of King of the Hill and he raced to the top right from the start and has been pushing down every opponent consistently and with dispatch. Those opponents have included every GOP rival who have, at times, pounced in coordinated attack but also include the broad press corps, liberal AND conservative pundits, Hillbilly, Obama and even the Pope. Pundits claim that Trump can't win because his favorability rating is too low, but if you had $500 Million in negative advertising dumped on you the odds are lots of people would think poorly of you too. What's uncanny is how Trump is able to move the favorability score once he comes to town and starts meeting people - it's an amazing trait or quality that he possesses and I'm not sure it can even be learned. I don't know if there's another candidate in the field that can change peoples minds and perceptions as effectively as Trump.