September 21, 2015
Gov. Scott W. takes a powder. This is sad news for cheeseheads at the RNC and Badgers everywhere, but Trump's picking them off one-by-one and growing his circle - he's set his sights on Carley and she'll probably be his next victim. Now 2 of the "best" GOP Governors are out of the game an I don't think there's another Republican Governor who can capture the center so eventually they'll all be gone... There supporters will be left squirming on the floor looking for someone to support, but who will that be? 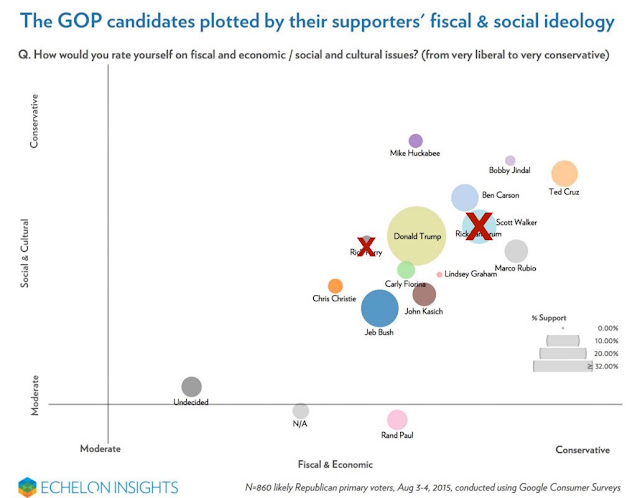 Kasich? Not if Leon H. Wolf has any say in the matter (and he hates Trump).
Politics