December 07, 2019
When discussing the American Republic known as the United States of America and fidelity to the Declaration of Independence that initiated it, the Articles of Confederation and Perpetual Union that formed it and the Constitution that established it I like to remember the fact that at least 1/3erd of the Colonial settlers wanted nothing to do with this "experiment in self government" and hated the fledgling nation a small group of free-thinking rabble-rousers and farmers created. Our Founding Father revolutionaries foreswore tea in testament to their republican commitment but from the birth of our nation until this very day there has always been a significant number of tea drinking cat ladies Loyal to Leviathan.

"The Constitution says there can be no titles of nobility, so while the president can name his son Barron, he can't make him a baron" - so says Pamela Karlan, Cat Lady Lesbo Law Professor at Trump University. This harpy sat on Obama's "short list" of potential SCOTUS appointees, so if you're wondering why RGB didn't take the opportunity to retire during the eight years of enlightened rule by The One Karlan's a big part of the answer. Say what you will about the octogenarian Justice getting medivaced to the ICU to keep herself alive, but having seen the level of incompetence Obama was willing to install on the Supreme Court in his first two picks, she wasn't willing to be replaced by a self described "snarky, bisexual, Jewish women". RGB waited... and waited... and waited for Hitlery to replace Obama but, inexplicably, the First Woman President turned out to be Trump so now everything is all gummed up. Ginsburg can't leave the court - she can't even die - while Trump is President and so the DC establishment needs to "fire" DJT through impeachment or, at the very least, make it impossible for him to nominate a SCOTUS from his short list before the 2020 election.

Professor Karlan got scolded, but good, by our magnificent FLOTUS for making fun of the burdensome name she and The Elvis from Queens bestowed upon their son - NOT as burdensome as Lord Trump but still... The larger point the "constitutional scholar" made in her quip should be examined in the context of this Ukraine scandal and the Abuse of Power intrinsic in hereditary titles. It is true that the U.S. Constitution forbids titles of nobility but it was a ban born of contempt for nepotistic titles and elite status they bestowed down the generations irregardless of the title holders worthiness for the honor. We see the criminality of this Old World social system all the time in the random Duke Quid or Princess Quo #FakeNews headlines of today but one can only imagine how peerage would have been bastardized and abused by the scallywags and scoundrels who built America. Best to lose the titles in the New World and let each man (and woman) earn their place in society by pursuing happiness and earning it, baby. Barron Trump is 13 years old so his race has just started and, though he has every advantage, he will have to prove himself and live with his name. What turn of phrase can the Ivory Tower Kike Dyke make from one, Hunter Biden, who at age 49 is more than half way through his charmed life? Is Hunter not a down and dirty example of what the framers of the US Constitution were trying to PREVENT when they aborted the concept of "American nobility" licentiously whoring their way to fame and fortune under the States protective shield?

Something has gone awry in our formally great Constitutional Republic and this impeachment scandal gives us a binary example for those willing to look. Our current social order says this:


This dialectic raises two important and related questions which, I believe, are going to get answered in the near future. 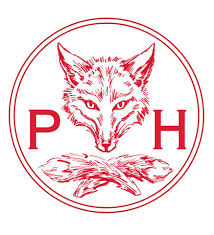 To see how this newfangled interpretation and practical application of the US Constitution plays out in our "communities" let's take a look at Sandy Lerner, the girl who co-founded Cisco Systems with her (now ex) husband and became a multimillionaire, venture capitalist, farmer, philanthropist and Anglophile. She's had a top tier education (including Trump U.) and pocketed serious money for creating an IP router and then getting herself fired from the company and selling all her founders stock. Then she came to Virginia (from California) and purchased a thousand acer farm in the absolute center of the Piedmont Fox Hounds countryside (banned Fox Hunting on her land) and started organic farming to produce the most expensive beef, pork and poultry in the world. She also started an anti-feminine cosmetics company, catering to low style skanks, which she later sold to Louis Vuitton and now donates some of those big bucks to womyn writers. She fancies herself a writer and has produced a book on "cat art" (no, I'm not joking) titled Caticons and an ambitious sequel to Jane Austen's "Pride and Prejudice" titled "Second Impressions" which is a labor of love devoted to Austen’s Regency. She's so passionate about the late Georgian era society that Austen chronicled and criticized (and that the US Constitution rejected) that she's poured millions of US dollars back into England to restore Chawton House to facilitate the study of early women's writing.


Social media is an information channel; it's like radio or TV... In Cisco, we made a lot of money on public protocol. I think the social media model replicates that protocol.
Sandra Lerner

Public Protocol is what they call it and social networks in our day are built on the infrastructure that Sandy Lerner created. But protocol is the written (and unwritten) rules which govern our behaviour in society AND within ourselves. If this Machine Protocol is creating multi millionaire Cat Ladies who fancy themselves a modern day George Washington and grows food for hedge fund managers while forbidding fox hunting on her land then let's rewrite the protocol. I don't want to live in a culture built around the second impressions of 18th Century England where titles are abjured in public protocol, because The Constitution dontcha know,  but shamelessly practiced by our technocratic managerial elite. 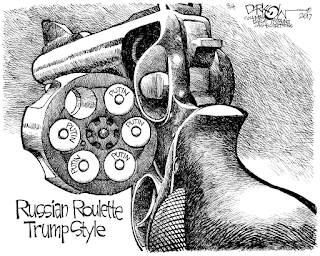 This travesty started on Sept. 24th 2019 when Nancy Pelosi unilaterally announced the opening of an impeachment inquiry to defend the US Constitution from Donald J. Trump. Columbus Day came and went and there was still no vote by the US House of "Representatives" as to weather the FWPOTUS should, in fact, have some kind of formal impeachment proceedings brought against him. Finally,  on the eve of Halloween and over a month after it began, the Democrats formally voted to do this thing and with a revolver firmly pressed against Americas temple - pulled the trigger. It's a dangerous game - especially since only one side wants to play. The Democrats are desperate and for them a violent national suicide is preferable to being ordered around by Donald J. Trump for another 4 years and then 8 more years by his successor. Their party is divided into the incompetent, corrupt boob wing on one side and the insane, cat lady socialist wing on the other - so their gonna lose and lose and lose. If THEY can't win... If THEY can't interpret the Constitution the way THEY want... if THEY can't write the laws and spend the public's money as THEY see fit... if THEY can't facilitate lucrative government contracts to family and friends or get THEIR spouse, siblings and children tied into private/public initiatives... then what's the use of having this constitution at all? The answer, for THEM, is that The Constitution (which they despise and have always despised) is a useless piece of paper that thwarts their will and should be scrapped.

So here you go America - enjoy the game. It's very exhilarating when Adam Schiff grabs the gun and jerks it to his head. Watching Jerry Nadler caress the trigger while the pistol slips in his sebaceous sweaty palm has me on the edge of my seat with gleeful anticipation. Nancy Pelosi's frantic click... click... clicking as she spins the cilindar at the podium is mesmerizing. But one of these days the chamber will not be empty and something truly ugly will get splattered across your TV screen.