Boy oh boy, times have changed. Thank God I'm not 19 years old. I feel horrible for my kids having to navigate the bullshit cultural environment these millennial have created (with the help of their parents). I feel sympathy for a judge like Aaron Persky who has to navigate the hypersensitive emotions and misguided sense of justice demanded by the snowflakes who inhabit his alma mater, Stanford University, and hand down decisions on cases that never should be brought before him. There is clearly something horribly wrong with our justice system and it's a cancer that has metastasized to infect every aspect of our laws and the legal system which happens to be the foundation of our national consensus and bedrock of the republic known as the United States of America. Without dramatic corrective action the sickness will likely devour its host and leave nothing but a rotting corps to be picked over by carrion who savor the juicy bits and then fly away.


"Turner also claimed that she was conscious and responsive throughout their interactions that evening, including when they kissed and he digitally penetrated her."


But by the early hours of Tuesday morning, more than 191,000 people had signed a Change.org petition to recall Persky, a possibility in California, where judges are elected.

"Judge Persky failed to see that the fact that Brock Turner is a white male star athlete at a prestigious university does not entitle him to leniency," the petition read. "He also failed to send the message that sexual assault is against the law regardless of social class, race, gender or other factors. Please help rectify this travesty to justice." 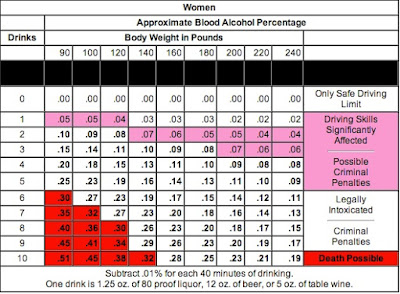 Ah yes, "other factors" - like being completely shitfaced drunk which is what you are when they find your "blood alcohol content to be at least three times the legal limit for driving" which is the nicest, most euphemistic way of saying the victims "blood alcohol content (BAC) levels at 1 a.m. would have been .242 to .249." That means that depending on the victims body weight she might have been in a state of near death drunkenness and was certainly in violation of California's Drunk in Public (Intoxication) Laws
Penal Code 647(f) PC  which should have landed HER in jail for 6 months. But drunkenness, a condition under which any trespass, error or accident be it driving an automobile, baby sitting a child, filling out your taxes, public speaking or pissing in the street is blamed squarely on the drunkard, appears to have no consequence under the law when it comes to sexual assault. The victim in this case was so drunk that she didn't even know she'd been sexually assaulted until she sobered up in the hospital where the a "nurse" could convince her to suffer the double indignity of undergoing  Sexual Assault Response Team (SART) examination.


Lee examined items in SART kits collected from both Doe and Turner, as well as Doe’s underwear, which police found lying on the ground next to Doe when they arrived at KA. Lee detected no semen in the underwear or in vaginal, cervical, rectal and oral swabs taken from Doe.

I imagine that the START exam was more humiliating than the actual "sexual assault" or finger rape that Bock Turner committed outside the KA frat house where a white male star athlete at a prestigious university doesn't think twice about doing anything. For those who don't know, Stanford is very selective and only admits the best of the best of the best into its warm embrace. With a 4.69 percent acceptance rate from a pool of 44 thousand applicants it is the most selective college in America meaning they vet their kids with a fine toothed comb and do not accept rapists or even potential rapists into the fold. Judge Persky, being an alum, knows this and knows that Brock Turner is not a rapist or anything close to a rapist, but feels compelled to stick him in jail for six months and label him a sex crime offender for life anyway. Why?

Epstein Unhinged: Empty Threats from the Hoover Institution Will Not Change Trump's Stance on Immigration 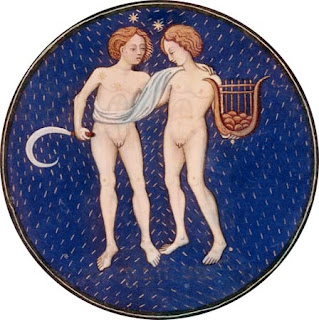 I don't know if you've read anything about it or seen the reporting on TV but Donald Trump pointed out the fact that the judge presiding over the frivolous, politically orchestrated and abused civil case brought against Trump University is a political partisan of Mexican heritage who's allowing the trial to drag on because he doesn't want Trump to win the presidency and build a Big, Beautiful Wall on the US/Mexico border. It's not that complicated but the argument is a heavy dose of chemotherapy to the legal institutions that are killing the country and destroying its constitutional order which makes lawyers of all political persuasions vomit all over themselves and anyone else dumb enough to get close to them. A good example is Richard Epstein, the celebrated constitutional scholar and Fellow at the venerated Hoover Institution which makes its home on the Stanford University campus, and what he wrote about the Judge Gonzalo Curiel controversy.


Before Trump began his ugly tirade against Judge Curiel, I was prepared to have an open mind about the merits of a law suit about which I knew, and continue to know, absolutely nothing.

This, dear reader, is the opening by one of the greatest legal minds in the world. Hence, the great Epstein will not discuss the case per se but something bigger and more fundamental to Trumps leadership.


The institutional implications in this case, however, go far beyond the particulars of this dispute, for if Trump’s warped views on judicial behavior are accepted, it becomes impossible to run a decent system of justice.

Impossible? But what could be impossible about Trumps criticism?


Speaking generally, it is an exceedingly important feature of a successful legal system that everyone understands that there are places where identity politics are welcome, and places in which they are utterly alien to the spirit of a particular institution. Donald Trump, as a private citizen, could decide to invite only nativists to his own Fourth of July party [gratuitous slander]. Other groups could decide to celebrate Cinco De Mayo in honor of Mexico’s victory over the French at the Battle of Puebla on May 5, 1862 [NOT what they're celebrating]. Others [like me] can celebrate Israel’s Independence Day, which this year fell on May 12, 2016. But all those forms of deep personal identification play no role in judicial decision-making.

Says who? Who, other than the lawyers and judges themselves erect and validate this firewall between the Gemini of "welcome" identity politics and its "alien" twin sometimes called racism? Is anyone other that the lawyerly tribe allowed to point out that this firewall doesn't exist in our contemporary system of justice? Epstein admits that keeping the personal and public is difficult but every public office holder has to "try" because... well because they do.


There is every reason to think that Judge Curiel has honorably hewed to this tradition of adjudication — and all too much public evidence to show that Donald Trump has done everything in his power to tear it down. We cannot run a country in which everyone gets a judge of his own race, gender or political persuasion.

It may be that Judge Curiel has been an impartial jurist in past cases but perhaps he is not being evenhanded when it comes to Trump U. - Epstein wouldn't know because he's willfully ignorant about the case. And while it's impossible to get a judge that shares your political views every time it is not unreasonable to point out political motivation driving a civil suit when you're in the middle of a political campaign. We can not run a country where judges pick and choose how they will adjudicate a case based on circumstance and opportunity where political pressure, be it from your alma mater, your lawyers association or your political party, colors or dictates your rulings.

This travesty of justice is what's happening today and it's why someone like 20 year old Brock Turner gets sentenced to 6 months in prison because the university he attended demanded a sentence form its alumni judge to save face and make the whole thing go away. It's why an idiotic civil case (Trump U) is getting nursed along by a pro-imigration judge and used as a political club to beat the anti-imigration candidate. It might be "legal", but it's not justice. Trump's poison might knock out the cancer and Epstein is already drawing up the impeachment papers to counteract the chemotherapy so it's going to be a though 6 months of painful treatment - by the time Brock Turner gets out of jail we should know if the patient will live or die. It's better than praying for the end of time.