September 16, 2019
This will probably make me sound like a sociopath but on the morning of September 12, 2001 I woke up just like any other day, put on my suit and walked through Central Park to my midtown office to begin a days work. It was quiet in the city and not many people were "on the job" so I called my boss on the phone and asked him, "what's up? Seems like no one's working today." There was a confused pause on the other end of the line and then a gentle suggestion that I just take the week off and go spend some time with my wife and kids. So that's where my head was at the day after the 9/11 terror attacks and the reason, as I understand it, is simple enough - I was in NYC for the 1993 World Trade Center bombing and 2/26 was just another day in the Big Apple. The City didn't stop! We didn't "let the terrorist win." I was taking in a matinee screening of James Cameron's "The Abyss" (appropriately enough as it turns out) and when I emerged from the darkened theater the city was blaring with the sounds of sirens and choppers overhead. Insane! The towelheads tried to blow up the World Trade Center and, as was explained in KOTCB Blind Sheek in the West, the original 1993 plan was to kill a quarter million people. The City did not stop that day but, unfortunately, neither did the terrorist plotters... or the US Government.

Two days after Abdul Basit Mahmoud Abdul Karim (AKA Ramzi Yousef) parked a rental truck filled with explosives in the WTC parking garage and blew it up our ATF boys laid siege to the Branch Davidians and their compound in Waco, TX. 51 days later the government burned up the compound along with all the people inside including a bunch of women and children. Two years to the day (4/19) after the Davidians were incinerated Timothy McVeigh blew up a federal office building in Oklahoma City and cited the Waco incident as a primary motivation. At the same time McVeigh was planning his attack on the Alfred P. Murrah Federal Building the Mastermind Ramzi Yousef was kick'n back in the Philippines formulating the Bojinka plot - a three phased terror attack with 9/11 foreshadowing.
Phase 1: Ice the Pope 1/15/95
Phase 2: Blow up 11 US Airplanes en route to America 1/21/95
Phase 3: Fly a small airplane loaded with explosives into the CIA HQ in Langley, VA.

The Bojinka operation was disrupted in early January 1995 by the Philippine Federal Police and they learned all about the master plan and contingency plans:

A report from the Philippines to the United States on January 20, 1995 stated, "What the subject has in his mind is that he will board any American commercial aircraft pretending to be an ordinary passenger. Then he will hijack said aircraft, control its cockpit and dive it at the CIA headquarters."

Another plot that was considered would have involved the hijacking of more airplanes. The World Trade Center (New York City, New York), The Pentagon (Arlington, Virginia), the United States Capitol (Washington, D.C.), the White House (Washington, D.C.), the Willis Tower (Chicago, Illinois), and the U.S Bank Tower (Los Angeles, California), would have been the likely targets.

This was in 1995 folks. Clinton's first term. I AM a conspiracy theorist but I'm NOT a 9/11 truther (if by 9/11 truther you mean someone who thinks that Dick Cheney blew up the World Trade Center and Pentagon to impose a Police State on America) but if you do go down that rabbit hole you will find the Walrus and the Carpenter:

"It seems a shame," the Walrus said,
"To play them such a trick,
After we've brought them out so far,
And made them trot so quick!"
The Carpenter said nothing but
"The butter's spread too thick!"

"It (Humpty Dumpty) might have been written a hundred times, easily, on that enormous face. Humpty Dumpty was sitting with his legs crossed, like a Turk, on the top of a high wall — such a narrow one that Alice quite wondered how he could keep his balance — and, as his eyes were steadily fixed in the opposite direction, and he didn’t take the least notice of her, she thought he must be a stuffed figure after all."


The Walrus and the Eggman are the same. In fact, "I am he as you are he as you are me and we are all together." And if all of this makes about as much sense to you as John Lennon's nonsense song or Ramzi Yousef's nonsense word for his terror plot then Covfefe and #KAG. You'll never get to the bottom of this rabbit hole...

Just a few observations:
John Bolton was a Deep State "lifer" who was against Trump and his peace plans from the start. These eggmen get pulled into the White House so that they might keep an eye on DJT and prevent him from doing anything too crazy. Their loyalty is to the institution of DC and the power it affords them to give orders, raise money and travel the world - and kill people. I was happy when he got hired and I'm happy that he got fired (or quite or whatever) because I don't think Ambassador Bolton was the answer to our problems.

The Government Radio 9/11 broadcast hardly mentioned the terror attacks. The journos talk about the NC special election where Trump swooped in 24 hours before the vote and stole a seat the Dems had lined up for a young war vet moderate and handed it to a bald guy named Dan Bishop. They see "Elizabeth Warren on the rise" and think voters want gun control. Finally, at the end of the program, they discuss a tweet thread by CNN's Garrett Graff taking passages from his book "The Only Plane in the Sky" which is an oral history of the 9/11 attacks. Word is that it's a very moving account of what transpired on the day of destruction.


The Intelligence Community still has a lot to answer for because they screwed the pooch on 9/11. You know who loved Graff's book? Mike Morrell, that's who. Yes, THAT Mike Morrell who, as it happens, was riding first class in The Only Plane in the Sky on that fateful day. "I am the Eggman."

Our most interesting and our most moving episode of @IntelMattersPod. In his new book, “The Only Plane in the Sky,” Garrett Graff @vermontgmg provides the most vivid portrait I’ve ever read of September 11, 2001. Must listen. Must read. https://t.co/oc0MTVyIbF
— Michael Morell (@MichaelJMorell) September 12, 2019

Did someone leave Mike Morrell and his team "out of the loop" on the report about the Bojinka plot? Does he enjoy being a Mockingbird journalist for the CBS all seeing eye? Does he think he can put Humpty Dumpty back together again? The answer to those questions is no, no and no.


"Beware the Jabberwock, my son!
The jaws that bite, the claws that catch!
Beware the Jubjub bird, and shun
The frumious Bandersnatch!"

The Walrus and the Eggmen will not save us.
A champion needs to take vorpal blade in hand and cut off the monsters 5 eyed head. 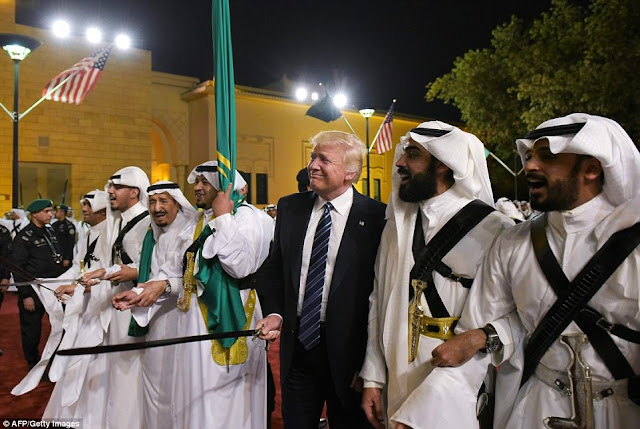