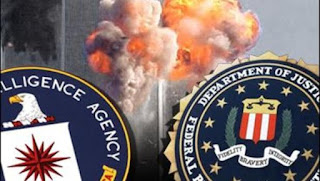 You'd think that a CIA lifer who screwed the pooch on 9/11 and then couldn't find the terror attacks mastermind for almost ten (10!!!!!) years would (well, kill himself actually) keep his head down and mouth shut on pretty much any subject other than fly fishing lures and wine. But today "non-partisan" spook Michael Morell gave America his clear eyed assessment of the presidential race with the hilarious headline "I Ran the C.I.A. Now I’m Endorsing Hillary Clinton." In the NYTimes of all places! The headline "I Ran the C.I.A" appearing in The Gray Lady imbuing the author with some kind of legitimacy gave me a mild brain aneurism but once I lay down for a half hour or so I was able to read the op-ed. The first paragraph almost sent me back to bed:


"During a 33-year career at the Central Intelligence Agency, I served presidents of both parties — three Republicans and three Democrats. I was at President George W. Bush’s side when we were attacked on Sept. 11; as deputy director of the agency, I was with President Obama when we killed Osama bin Laden in 2011."

W: Okay Mike, what do we know? What's the status?
Mike Morell: Mr. President, the World Trade Center is in ruins, the Pentagon is burning, another plane has crash landed in Pennsylvania and a number of planes are still unaccounted for but we've halted all air traffic...
W: Mike, stop, I mean who did this? who's behind it?
Mike Morell: I would bet every dollar I have that it’s al Qaeda.
W: al Qaeda?! You mean bin Laden? That towl-head living in an Afghanistan cave? You're telling me he did this? I thought...
Mike Morell: Please Mr. President, I'm just giving...
W: (Yelling) I thought you guys in the CIA had him under constant surveillance ever since the Cole incident. "He can't wipe his ass without us knowing about it" - isn't that what you're always telling me? And today, right now, you're saying it's an al Qaeda terror attack
Mike Morell: That's how I see it.
W: (starts to talk again, pauses, looks at Mike Morell for a long time then looks down) Andy, get my dad on the phone, I need to get to the bottom of this.
Andy Card: Do you want me to patch the call into you here?
W: No, I'll take it in my private room, alone.

But hey, everyone makes mistakes and the greatest terror attack on US soil (so far) is no reason to loose your job, on the contrary, at the C.I.A. you get promoted. And you'd think, being a spy organization and all, the agency would be pretty keen on finding this scrawny Jihadi cave dweller and "bringing him to justice" just to remove the egg from its 9/11 face, but you'd be wrong. These guys in Langley might be excused if Osama were hiding out in a North Korean palace or some Argentinian Nazi's plantation, but he was kick'n back in Pakistan (a US ally) in a walled mansion (by Paki standards) for the better part of 10 years. And the only way they could figure out how to kill him was to send in Special Opps in two choppers and, basically, carry out a military operation in a sovereign nation without their knowledge or agreement (and they called W. a cowboy diplomat).

The rest of it reads not so much like an endorsement of HRC but an unendorsement of Trump - which to my ears, coming from this C.I.A. aparachnick, is a ringing endorsement for the Elvis from Queens. The Agency has been deeply involved in US presidential politics for too long - Bush 41, Clampett and Obama all worked for the Agency and got the nod - W. was a proxy for his father. No longer. It's time to have a President the C.I.A. doesn't like very much - one who will hold them accountable for their screw-ups and fight for America.