Blind Sheek in the West 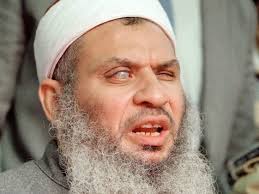 Today Omar Abdel-Rahman, “The Blind Sheikh,” died this morning in a South Carolina prison hospital where the US taxpayer had been treating his various illnesses at great expense. Back in the early 1990's Omar had been traveling around the USA visiting Mosques preaching the destruction of America and influencing young Muslims to engage in jihad against the infidel. At the same time he was inciting terror he was also seeking asylum in the United States because people back home were understandably trying to kill him. He did find asylum of a sort because a few of the sheikhs followers decided to try and blow up the World Trade Center in NYC in 1993 and though the explosion went off it did not topple the one tower into the other and kill the estimated 250,000 people hoped for but it was still enough to get the blind lunatic convicted as a co-conspirator. That's why he rotted away in a South Carolina prison.

I was living in Manhattan at the time and was hanging out at Washington Sq. Park on the day of the 1993 attack. Confusion and fear rolled up the island from ground zero as people watched emergency vehicles stream downtown and choppers fill the air. I've often wondered what life today would be like if "The Blind Sheikh" had pulled that one off and killed a quarter million people during Clintons first term by toppling the WTC towers. He'd be as big as OBL - actually he'd be even bigger - and I think the world would be much different. Timing is everything and time takes time as they say. But time was on the Blind Sheikh's side and while the "criminals" who attempted to kill a population equal in size to upstate Buffalo, NY where tracked down and convicted the terror plotting did not stop. Radical Islamists continued to walk right into the USA and execute their designs - They still do so TODAY!!! 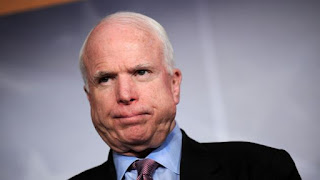 So when leaders meet in Munich to talk about defending the West and the globalist order they created out of the ruins (of Munich) I find myself thinking, "what were you doing in 1993?" Sen. John McCain address the threat to the Western world and the question of it's survival:


“In recent years, this question would invite accusations of hyperbole and alarmism; not this year,” McCain said. “If ever there were a time to treat this question with a deadly seriousness, it is now.”

Now?! Why now? The West has been under constant attack and thwarting unbelievable attacks for 2 decades - once in a while an attack succeeds and people flip out but they don't know the half of it. If McCain, Merkel and the Pope are the defenders of "the West" then the West is toast. These people (leaders) who are assumed institutional guardians of the West have been undermining the bedrock the entire civilization is built upon for years. If a ruling class refuses to protect itself from clear and ever present danger there will be a revolt from the broad population who live under direct threat of their mismanagement and, in a free country, a new leader will step forward to set things right. The correction and reworking of the established order will be messy and octogenarians will NOT like it but it must be done and it will be done.