For my money (and I do pay for it) the Sunday Morning programming on WNRN in Central VA is the best thing on radio. Starting at 7AM with "Bluegrass Sunday Morning" hosted by Rusty Cempre and ending with "Les Temps Perdue" playing "strangest songs of the 70s, 80s, and 90s" from Noon - 2PM the programing is fantastic and that goes double for "Country Feedback" hosted by Bob Mosolgo which serves as a kind of one hour transition from Old Time to New Wave starting at 11AM. It's not the quantity but the quality of Mosolgo's programming which sets it apart by defining the Alt-Rock-Country sound and last Sunday's show was no exception - especially his choice of a tune for closing out the show which blew my mind. To set this up it needs to be noted that WNRN is a "listener supported" radio station meaning that it relies on donations and fund drives like NPR and its ilk which, in Charlottesville, means your corporate ethos had better be a Blue tinted progressive recipe combining heaping portions of Social Justice, Hipster Cool and  #Resistance. So when the JD caps his playlist with Merle Haggard's 1981 dystopian joke, "Rainbow Stew," it's a Red Pill drop on a #NeverTrump stronghold.

It's not like Country Feedback didn't have a lot of Merle Haggard songs to choose from to stick in the mix because he wrote some real beauties in his lifetime but Rainbow Stew was the feedback they chose. A prophetic song, considering the year it was written, it envisions a time when worldwide war is over and humanity has learned to burn water and heat our homes with the sun which ushers in the new day of Hope when we'll be 'eatin' rainbow stew in a silver spoon" and drinking free beer. It actually happened circa 2008 (as close as we will ever get anyway) and America chewed on this multicolored fricassee for 8 long years and then, after savoring every flavor in the bowl and just before being served a second helping, half of We the People spat it out. 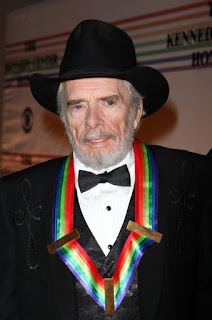 They what??? Yeah, they spit that rainbow right out of their mouths and onto the floor. That wasn't supposed to happen - I mean sure, maybe 10% of the people might not like it or maybe even 20% because there's no accounting for taste, but half! 50% of the American voters (which is really only 20% of the people) wouldn't eat paradise in a spoon and wash it down with free brew? The chefs, who've been working on this recipe since around the time Merle wrote this song, where not happy with the way these people reacted to their concoction. They blamed the customer because, think about it, half the people loved the stuff and couldn't wait for more but even more frustrating was the fact (a fact I tell you) that this stew was good - morally good - and the long arc of rainbow history ended directly on top of this pot of gold. How can anyone be spitting this stuff out? There must be something wrong with THEM. Perhaps they were brainwashed by the Russians or maybe it's their congenital hatred (racism, sexism, xenophobia, etc) that soured their pallet or maybe they're "uneducated" and, through no fault of their own, simply lack the refinement to appreciate Rainbow Stew, but whatever the reason they need to be reprogrammed, punished and made to understand the gravity of their mistake.

But let's take a step back and contemplate the possibility that The Hag wrote this little cockaigne to call bullshit on the folks cooking up this stew and alert his audience to the lie that serves as its base ingredient. It's a Big Rock Candy Mountain for the 21st century and exists nowhere but in the fevered dreams of Davos Men and their minions running various governments, NGOs and "world bodies" scattered around the globe. In other words, what if the rubes who refuse to eat any more of this Rainbow Stew are right and the recipe needs to change drastically or get tossed out all together to bring people together and start eating at the same table again? Where's the harm in that?

The harm is that there are a lot of people (half of them) that love Rainbow Stew and deeply resent the notion that it might be taken off the table. The love it and they're willing to force the other half of the country to eat it rather than change the formula or find a new item on the menu. Exhibit A:


This "comedy sketch" was broadcast the night before Bob Mosolgo's radio hour and I'm not saying that it's the reason he played Merle Haggard but it should be. I'm not apposed to good humor or making fun of the POTUS and I expect Knights of the Golden Circle, who all love Rainbow Stew, to jump all over any GOP president, but there's a level of hate and bitterness written into this skit that would have red lined most of it in a different time (by that I mean 8 years ago). It's inconceivable that SNL would create a skit with this level of vitriol directed at Obama in 2010 or any president and on that point it's not directed at Trump, who doesn't watch the show, but at his supporters. There is the angry, accusatorial script and the scathing ridicule of those people in Trump's orbit and the cockaigne dreamland of a world WITHOUT President Donald J. Trump but at the end we're left with the foul taste of reality swirling around in our mouth - Trump is, in fact, still our President after all. Merry Christmas! That's right, this piece of Anti-Christ slop was aired on the annual SNL Christmas show and it's a big heaping spoonful of Rainbow Stew because of it's content, it's tone and it's timing. It's what half the country spit-up in 2016 and there's no way to cram it back down their throat weather Trump is in the White House or not.