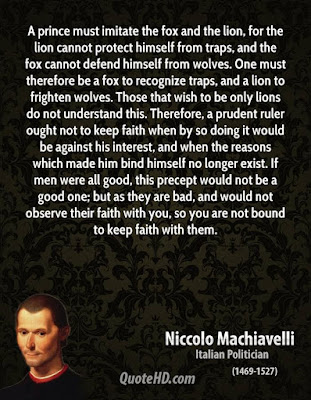 Last Sunday the AP dropped a bomb (of sorts) by somehow/someway unearthing a "confidential memo" Trump lawyers sent last year(!) to special councel Mueller claiming that fired FBI Director James Comey was "Machiavellian" and “unbounded by law and regulation.” They also claim that Comey is "dishonest" implying that he shouldn't be taken seriously as a potential witness in the ongoing (over a year now) investigation that Mueller is sheepherding. The KOTCB blog has gone over and over the Comey dishonesty and unbounded nature of the investigations he ordered and (presumedly) oversaw during the 2016 presidential campaign season. Is he dishonest? Yes, he is so deeply dishonest that he doesn't even know he's dishonest and NOTHING will ever change his mind or even open it to the possibility that he was in the wrong. So he got fired. Any FBI Director is (or aught to be) "unbounded" because the very nature of the job is to go after the absolute worst and most dangerous people in our society so laws and regulations that constrain the action of everyone else can be - must be - ignored or evaded to capture the bad guy who has been using those same laws and regulations to his/her advantage and, having mastered them, has risen to a level of depravity that puts said criminal on the FBI's radar. This complaint - that Comey was unbounded by law and regulation - seems inadequate to my ears because what I see is a man who adheres to laws and regulations far too rigorously to catch criminals and, in so doing, actually gives the villains licence to commit their crimes. Watching him on TV or reading his comments in print turns my stomach because he's so obviously NOT UP TO THE TASK of directing the most bad assed law enforcement agency in America. The guy is weak and "nice" and trying to do the right thing - he looks like he should be the comptroller at Citibank - and that is NOT what I want running the FBI. Which brings me to Renaissance Italy and the observation that since that time every political person of any stripe is Machiavellian and the problem with Comey is that he's not Machiavellian enough. I want the FBI Director to be a stone cold killer who will ruthlessly persecute the bad using every tool in his bag of tricks and some that haven't even been invented yet. Someone who frightens The Devil and pleases God in the administration of justice with a burning sword of righteousness.  People write books about the Machiavellian approach to buying a business suit but can't appreciate the value of this approach in catching the thief. As the AP points out in their closing paragraph:

"Though the inspector general’s office faulted Comey for some of his decisions, it did not find that his actions in the case were motivated by political bias."

Then what, pray tell, DID motivate Comey's actions? What the hell was he doing and why? Don't bother asking him - I've seen enough coverage of Comey to tell you that he has no idea why he did the things he did. His subordinates - the people he assigned to do the job (whatever that was) can't explain it either.

On Thursday - a few days after the AP story broke - FBI Deputy Assistant Director Peter Strzok was on The Hill making his case as to why he deserves to keep his new job in the FBI Human Resources Department. Some observers claim he smoked the Congressional Committee while others claim he was evil and unhinged - Thomas Wictor sees a deeper story. For me it was the first time I'd ever seen Strzok speak and I was simply amazed that this guy had worked his way up the chain to lead any kind of investigation about anything. How in God's name can this be the guy going up against Vlad Putin and the Russians? Peter Strzok would get eaten by The Bear like Leo D. in The Revenant and he also was supposed to go up against HRC to get to the truth of her email server - it's a joke, this worm isn't going to do anything to anybody - that's why he's now working in HR. But he was Comey's right hand guy and to understand that we turn to Harvard Business Review and their informative research on "Who Empathizes with Machiavellian or Narcissistic Leaders?" Focusing on the “dark triad” of narcissism, Machiavellianism and psychopathy the researchers found that "similar personalities — even negative ones — attract each other, and can facilitate effective working relationships."

So why might a leader-follower personality match help to buffer the negative impact of a leader’s dark traits on the quality of their work relationship? This might simply be because followers with personality traits similar to their leader can empathize and better understand their leader’s behavior. Instead of the arrogance, self-absorption, and self-loving of a narcissist being perceived negatively, followers who are similarly narcissistic might better relate to these characteristics and be more accepting of them, therefore having less of an impact on relationship quality and perceived leadership effectiveness. Likewise, the cunning and manipulating ways of a leader with a Machiavellian personality might be appreciated by their follower counterparts. This might result in collaborative efforts to succeed at their own joint goals.


Strzok might want to think about this when hiring new employees for the FBI but at this point I don't think his decisions, good or bad, will have much impact on the nation. There are other federal agencies who can take over their important work and bring criminals to justice so why bother taking the time to reform a den that's full of people like Peter Strzok? Just take away their power and responsibility and give it to some other group - let the FBI push paper around and wonder what happened to the former glory of their storied bureau. For instance ICE has 20,000 employees and a division called Homeland Security Investigations (HSI) which "investigates a range of issues that threaten the national security of the United States such as human rights violations, human smuggling, art theft, human trafficking, drug trafficking, arms trafficking, document and benefit fraud, the manufacturing and sale of counterfeit immigration and identity documents, transnational gangs, financial crimes including money laundering and bulk cash smuggling, trade-based money laundering (including trade finance and Kimberley Process investigations), computer crimes, including the production and transportation of child pornography via the Internet, import/export enforcement, trafficking of counterfeit pharmaceuticals and other merchandise, and international Cultural Property and Antiquities crimes." You know, the kind of thing the FBI used to investigate but doesn't anymore. ICE has a new Director named Ronald Vitiello and all you need to do is look at him to understand why the Democrats are now demanded that ICE get abolished.