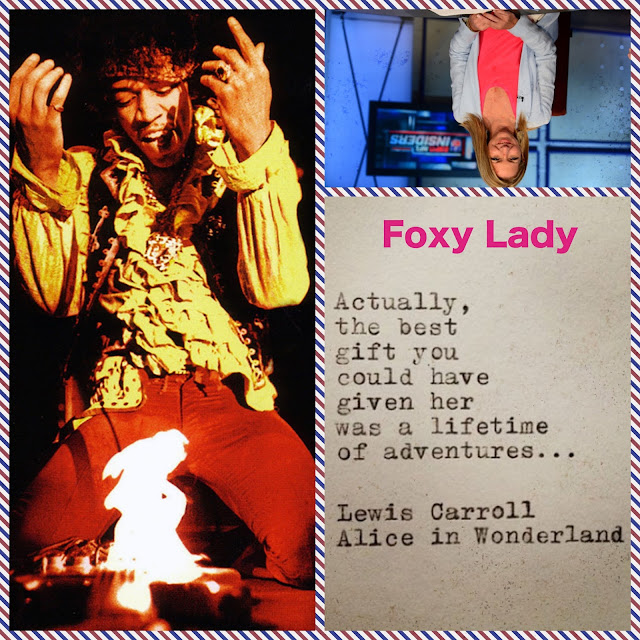 WARWICK: Who should that be? belike, unlook'd-for friends.

SOMERSET: They are at hand, and you shall quickly know.

KING EDWARD IV: Go, trumpet, to the walls, and sound a parle.

GLOUCESTER: See how the surly Warwick mans the wall!

WARWICK: O unbid spite! is sportful Edward come? Where slept our scouts, or how are they seduced, That we could hear no news of his repair?

KING EDWARD IV: Now, Warwick, wilt thou ope the city gates, Speak gentle words and humbly bend thy knee, Call Edward king and at his hands beg mercy? And he shall pardon thee these outrages.

WARWICK: Nay, rather, wilt thou draw thy forces hence, Confess who set thee up and pluck'd thee own, Call Warwick patron and be penitent? And thou shalt still remain the Duke of York. 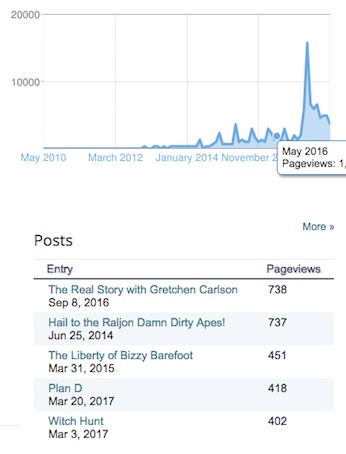 One of the interesting things about writing a blog is seeing who reads your stuff and what they read. For years, "Hail to the Raljon Damn Dirty Apes!" reigned supreme as the most viewed KOTCB post of all time - It wasn't even close. And for those of you laughing at a 737 page view total you can all go to hell because that's 734 more people seeing the post than I ever expected. But over the past few month "The Real Story with Gretchen Carlson" has been gaining page views at an astounding rate and over the weekend this thoughtful reflection on the demise of Fox News overtook my futuristic and nostalgic musings on my beloved Washington Redskins. How fitting, how perfectly timed and appropriate that my most popular football blog post should be overtaken on the weekend the National Football League decided to commit suicide and kneel before its executioner. Ah yes, The Iceman Cometh to destroy your self-deceptions or “pipe dreams" and face the truth. For the NFL the truth will not set you free - the truth will kill you, kill the teams, kill the networks, kill the advertisers and kill everything about the game including the plutocrats who own everything. Total annihilation is the goal and one might rightfully wonder why the Elvis from Queens wants to wipe out the NFL? For the answer I'd point you to an ESPN article by Ashley Fox from 2014 titled "Just say no to Donald Trump" where the journalist blackballs DJT from the owners box of the Buffalo Bills for all the usual reasons. Sure Trump wants to buy an NFL team but seriously...
That's all well and good, but there is dignity that goes with being an NFL owner, or at least there should be. There are only 31 of them (the Green Bay Packers are a publicly owned company). It is the most exclusive professional sports club in the world. Every owner is super rich. Every owner prints money. No fewer than 14 appeared on Forbes' most recent list of the world's billionaires. No. 57 on that list, Seattle Seahawks owner Paul Allen, is worth $16 billion. Trump weighed in at No. 406 with $4 billion.

Got that? Trump's not even in the top 100 billionaires!!! Who does he think he is talking about buying an NFL franchise? And even if he were capable of coming up with the cash that wouldn't be enough.
Who knows whether Trump is willing to pay in the neighborhood of $800 million for a franchise not located in a major media market? Who knows whether the Bills can fetch that high a price? The real question is whether Trump could secure the 24 out of 32 votes necessary to get elected into the club. Even for someone so accomplished at promoting himself, I don't see Trump winning that popularity contest.
Who knows and who cares weather Trump can buy a football team or even wants to buy a football team because even if he can and does there's no way the overlords who own and run the league will allow him to join the club because he can't win the "popularity contest." Well, payback's a bitch.

The NFL should have its non-profit status immediately revoked while at the same time ending the giant tax scam which makes teams so valuable
— Donald J. Trump (@realDonaldTrump) September 20, 2014 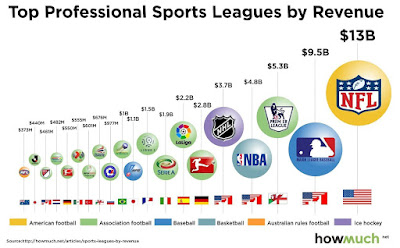 That rock was launched from the POTUS Twitter trebuchet last Thursday - before the Strange rally in Alabama when he called Kap So Black an SOB and said the NFL owners should fire anyone who doesn't stand for the playing of our (and their) National Anthem. BEFORE any of it the Donald had already laid siege to the NFL and now he's just executing the plan and that plan is to wake these motherfuckers up and start Making America Great Again. You know, you just know, that Trump had already spoken to Roger Godell and other NFL owners about this #TakeTheKnee "protest" and told them, politely, to bring it to an end but they didn't or wouldn't listen for whatever hair-brained reason because the NFL (and it's owners) believe that their league is bigger than the U.S.A. Check out Godell's dismissive response to the President of the United States of America.
"The NFL and our players are at our best when we help create a sense of unity in our country and our culture. There is no better example than the amazing response from our clubs and players to the terrible natural disasters we've experienced over the last month," Goodell said in the statement. "Divisive comments like these demonstrate an unfortunate lack of respect for the NFL, our great game and all of our players, and a failure to understand the overwhelming force for good our clubs and players represent in our communities."
This from the same guy who, more than anyone else, instigated and prosecuted the Crisis of the prolate spheroid - talk about an unfortunate lack of respect for the NFL!!! And what happens when you show a "lack of respect" for the NFL and shove the owners weakness and sedition right down their throat? Take a look:
That's America's Team on their knees people - brought low by POTUS and the hellfire he unleashed from the bully pulpit. Get used to it Jerry because until you grow a pair and get some spine your knees will be on the carpet and you're not going to be able to stroke your way out of this. President Trump has pointed the finger directly where it belongs and it's not pointing at Colin Kaepernick or even at Roger Godell but at the real problem - the owners.

Wouldn't you love to see one of these NFL owners, when somebody disrespects our flag, to say, 'Get that son of a bitch off the field right now. He is fired,' Trump said.

These are the guys we're talking about. If you want the political breakdown of these owners then Mother Jones has got you covered. But this is bigger than which team is "progressive" and which team is lead by a dark force like Dan Snyder. Remember that guy named Paul Allen from Foxy's 2014 article? Richest owner in the NFL and this is how he passes the buck.

Is that so? So if some National Socialist Seahawk decided to "protest" existing racial and other (?) divides in our country by goose stepping into a Nazi salute during the star spangled banner Paul Allen and the Seattle Seahawks organization would fully support said players free expression to bring these issues to the forefront (whatever the fuck the "forefront" is). Call me a skeptic but I don't think so - that dude would be yanked off the field and his contract would be terminated ASAP.  So what's it going to be Paul Allen? Your hero, Jimi Hendrix is calling to you from the grave - will you stand or  kneel?