A Motion to Proceed

July 25, 2017
I'm in the middle of getting some health insurance right now - $1K per month with a $7k deductible = $17K per year which I'll never use because I'm healthy and have always have been healthy. I've probably payed $500K+ in health insurance over my lifetime and I've never used any of it. None of my children have used it and all of that money has gone somewhere else to someone else. It's been that way ever since I started paying for health insurance which I never would have started doing if it didn't cost so much money to go to hospital (which I've never done) and I didn't want to loose every dime I had to St. Elsewhere. To point out that the government has made a mess of our health care system is obvious but that's just the history we have with "our employer." Perhaps Trump can make it less of a mess. 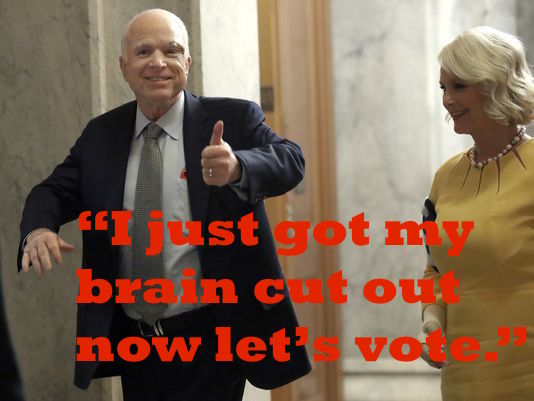 Maybe not. They worked on this thing for years to get the piece of crap we've been living with for 7 years (ObamaCare) and yes I mean they, both sides of the isle, put this thing together. Yes, just the Dems vote yea that fateful Christmas Eve night but the GOP was all on board and kept it alive year after year even after they took the House and then the Senate. Today the Senate voted by one tie breaking Pence to "Proceed With Health Care Debate" - are you kidding me? The debate goes on and on and on...

It's all a show. This health care law known as the Affordable Care Act has been a horrible piece of legislation for health and care but a great taxing vehicle hiding behind sanctimonious political preaching. These Republicans need to get it out of the Senate and to reconciliation with the House so they can pass something they call "repeal and replace" so that Tom Price from his HHS throne can start dismantling this monster. That is the horror keeping these Senators from voting for anything - the horror they created because when they wrote this "law" they never thought, in their wildest dreams, that someone like Tom Price could become the Secretary of Health and Human Services. They fear the power of the Administrative State that will not "administrate" the way they intend it to and they don't want to give that power to the executive branch.

Now it's going to happen. The GOP is going to figure out something to pass out of the Senate and then they'll hammer out a law with the House and Trump is going to sign it. Whatever he signs is going to keep the HHS Sec. with all his power intact and ObamaCare will get gutted like a Georgia pig. 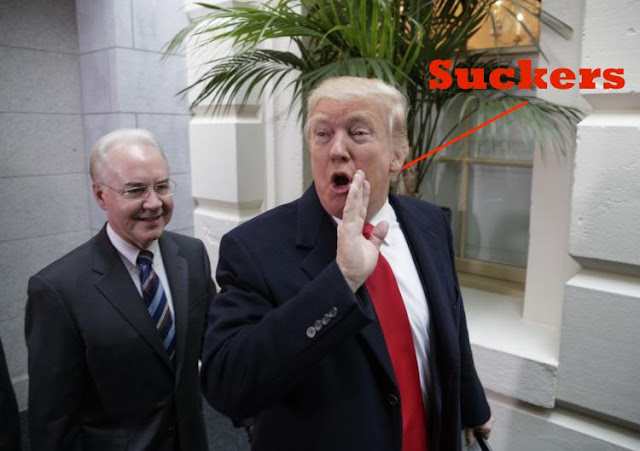