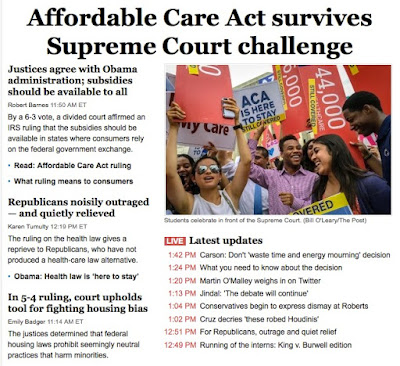 The Pittsburgh Post-Gazette's Bill Toland wrote a pretty good history of America's health care system and how it evolved throughout the 20th Century and though he left out some nuggets who the hell really cares. The point is, it's been a rolling clusterfuck pretty much from day one and the Affordable Care Act (Obamacare) doesn't change that reality in the slightest. Everyone calls it Obamacare as though, somehow, Obama was the designer and implementer (if you could even call it implemented, which you can't) of this monstrosity - but a better name for the ACA is Obamatax because taxing is what the bill/law has always been about. With taxes comes pain and slow economic growth but we'll all get through it and at the end of the day... we'll still have a health care crisis in America! Because health insurance does not equate to health care - making the world better for insurance companies is a noble goal and bilking dollars for the Federal treasury from an oblivious public is Washington DC's raison d'être but neither of those things are health care.

The fact of the matter is that politicians from both parties have been trying to foist the cost of health insurance off the backs of business and onto the backs of "their' citizens for decades. The reason is simple, if you're a multinational corporation employing a person in Germany that employee doesn't cost you any direct payments for health insurance, but if you do business in the USA that employee is EXPENSIVE. For many years it was worth picking up the extra cost per employee because the American workers were 1. worth the money and 2. corporations needed to do business in the US - it was a very important marketplace. #1 is no longer true and #2 is not as true as it used to be. That's not even taking into account health pension costs for retired employees. Once the financial collapse of 2008 occurred this private health insurance cost problem combined with the fact that the US treasury needed money - A LOT of money fast (more than could be raised in a marginal tax increase) made the passage of a comprehensive national healthcare law with associated (and unassociated) taxes inevitable.

The best health care plan, not surprisingly, was Nixon's comprehensive health insurance plan proposed to Congress in 1974. Of course, Nixon's plan did not raise taxes, kept the relationship between patient and doctor paramount, maintained the employer contribution and generally supported the free enterprise system while ensuring universal coverage. The Democrats wanted single payer or nothing so Ted Kennedy killed Nixon's plan in the Senate and another 20 years passed.

Fast forward to 1993 and the twofer the country got when they took on the Clampetts. HRC ran this nationalized health care task force right into a Democrat controlled congress - anybody remember that? Paul Starr does and if you can bear to read even the positive partisan recounting of events you'll understand why Democrats should just stay away from comprehensive anything and stick to picayune legislation and naming buildings after themselves. Bob Dole killed Hilerycare with only 43 GOP Senators on his team. How? It's easy, but I'll get to that in a minute...

That brings us to the Obama era and Obamacare which has been one frustrating mess from day 0 when the light worker flubbed his oath of office or was bamboozled by Justice Roberts or whatever. Yes, extraordinary actions (bribes) and parliamentary tricks where used to pass Obamacare before midnight on Christmas Eve 2009 and it's been a cat fight ever since - the entire history of which is too much to regurgitate but in light of today's Supreme Court ruling on King v Burwell (which basically just opens the spigots on Federal spending) a few points should be made:
Oh yeah, I'm going to name the yellow-bellied scum right now:

If the GOP had refused to vote on cloture and kept debate open for a few weeks until the Obamacare web site launched (or crashed to be more accurate) then Obamacare would have been toast. But Mitch McConnell saved Obama's ass (again) and the rest is a story about how horrible Ted Cruz is and how angry members of his own party are at him and blah, blah, blah.

Today SCOTUS did it again with their customary flair for unconventional jurisprudence and told America one last time, loud and clear - Obamacare stays! All the conservatives can do is pull quotes from Scalia’s Scathing Dissent (like they always do) and try to be satisfied that even though they got nothing of substance at least they have well worded indignation to mull over at bedtime. 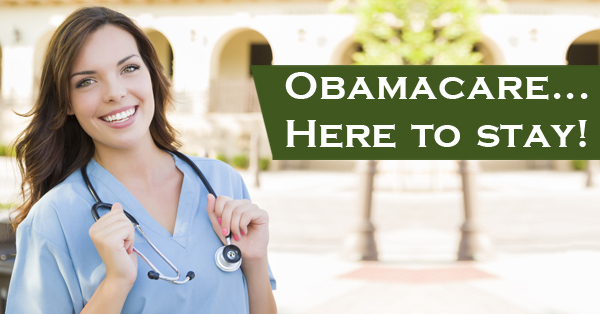