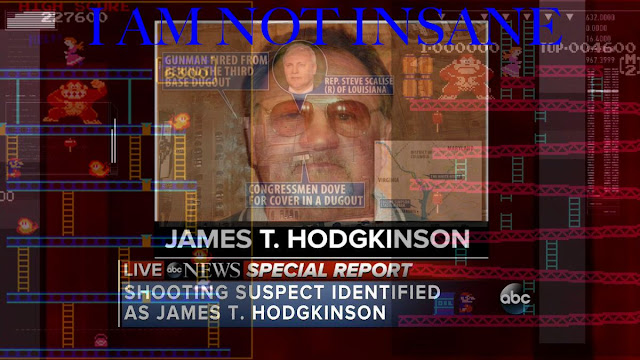 It's not baseball. It's not football. We've left the playing field altogether and this shit is finally getting real. I always wondered what it would take to wake these politicians and news media #fakenews scum from their slumber and it looks like Bernie Bro. James T. Hodgkinson finally blasted them out of bed. A shame that it took an premeditated political massacre (thwarted) to open their eyes, but their ignorant, self-satisfied sleeping chamber has been guarded for so long that gunshots were the only sound that could roust them. There has been a lot of commentary about the assassination attempt during GOP early morning baseball practice before the big congressional baseball game played annually for something like 100 years but there are a few points I'd like to make that I really haven't seen talked about (or talked about enough). 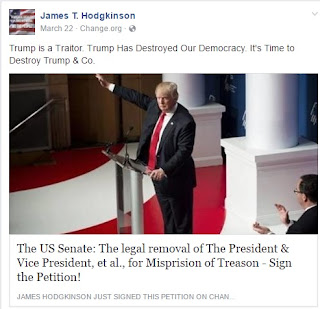 First: James T. Hodgkinson is not insane or some moonbat kook juiced up on anti-psychotic drugs. He wasn't seeing a shrink. He was just a normal guy with guy problems who cared about politics and read and watched popular culture news and entertainment that reflected his personal ideology and tastes. He was actually acting perfectly rationally if you honestly believe what they say on MSNBC and Comedy Central and there are many, many people who think exactly like he does. My Facebook feed is full of Hodgkinson's who rant about social justice, 1%ers, Russian collusion and fascist AmeriKKKa. These people are erudite, engaged and "normal" people who simply don't have the balls and will that James Hodgkinson does or they would be doing exactly what he did. None of his friends thought it strange that he'd pack up and leave Illinois to live in a van down by the Potomac river and tweet it out with the rest of them just like always.

Second: The Congressional Baseball Game has been played since 1909 and I have to admit that until yesterday I had no idea that this institution existed. I've followed politics pretty closely since my late teens and I've lived in and around Washington DC for most of my life but I never heard of this game, the charities it supports, the bi-partisan spirit or camaraderie (not to get all Russian on you) or anything ever before. No one I know talks about it. The news never reports on it. Pundits never use it as a prop to opine on the DC house of cards. What the hell? Why isn't this game celebrated and reported on far and wide as an example of what really goes on in Washington D.C. It shows me that #FakeNews is so fake that the word "fake" doesn't do it justice - These news reporters and pundits aren't just making stuff up, they're completely ignoring what's right in front of their face and people like James T Hodgkinson are victims of their lie.

Third: The modern Democrat party can't play baseball. They have to be playing football or there's really no reason for them to get on the field. They are compelled to play Donkey Kong instead which looks like insanity from the outside because they've effectively left the field - picked up their ball and gone home. But if you think about it - if Liberal Democrats aren't winning then there's no reason to even have a congress, capital or country. What's the purpose of even participating if you can't get your way? This is especially true if the team you've consistently beat for 80 years is evil and un-American, racist, sexist, intolerant homophobic, nature hating, science denying, crooks who, inexplicably, are now winning the game. Of course someone will to be willing to kill to prevent the destruction of the New Deal Blue Church Model of modern government. It makes sense if you really think about it and now that James T. Hodgkinson has opened the door I expect a lot of fellow travelers will follow.

Note: bad news for Democrats is that they won tonights baseball contest and that means they're on defense and losing.