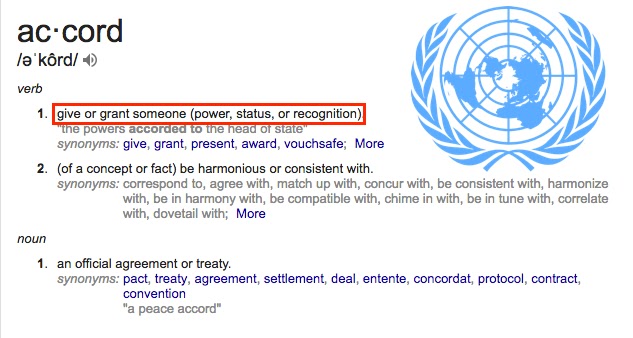 The week was supposed to end with hysteria over Trump's decision to pull the USA out of the Paris Climate Accord which is often referred to stateside as the Paris Climate Agreement but as everyone knows there is a subtle but profound difference between an Accord and an Agreement. That difference is what doomed the PCA from the start and what forced the previous administration to sign on the dotted line as a unilateral executive action instead of moving it through Congress where is would have died on the vine because no elected representative would have ever agreed to vote yes on the thing. It usurped the local control of the citizens and the people that represent them in duly elected governing bodies and handed it over to international, appointed (not elected), Eurocrats who populate these NGO's and act as middlemen between the USA and the developing world. Worse yet, it was all done in the name of climate change and though it's a hot button issue in many circles it simply doesn't fire the imagination of the common voter so it takes tremendous effort to force people to care about it enough to submit to its onerous dictates. Readers of the KOTCB blog know my take on global warming or climate change or ecological matters in general but putting aside all that (even putting aside the PCA) it must be acknowledged that the entire issue is argued over by four distinct groups of which I am not a member:

All of the current debate (if you can call it that) takes place amongst these 4 groups and unfortunately billions of tax dollars and mountains of red tape are at stake so the fight, as we saw last Thursday, is shrill and hyperbolic. But I would like to propose the existence of a 5th group in this debate that never gets any print or airtime, is allowed no citations in any scientific journals, does not participate in any Green organizations but in all honesty comprises the vast majority of the people in every country on earth - especially the USA. It is the group of which I am a proud member and I have been advocating its central premise for well over a decade.


5. Who Gives A Fly'n Fuck: These people just don't care about this climate change issue at all. They think it's stupid and the people who argue for or against are waisting everyone's time and money. True Believers and Opportunist might as well be speaking Klingon about the dangers Sauron poses to Middle Earth when they start in on the data and science that proves their apocalyptic prophesy and the skeptics and deniers are guilty of taunting adolescent fanboys about their stark misconceptions regarding the Star Trek universe or J. R. R. Tolkien's cosmology.

But how do you tell someone as dedicated and obsessed as a Trekkie or Tolkienist that you just don't care about their obsession? Here's how. It usually doesn't go well because you're well past their personal space and deep into their head at this point - saying you don't care makes them feel hurt and ashamed. These climate change fanatics (pro or con) can't see the forest for the trees because the luminiferous aether has fallen from the heavens and left them blind. 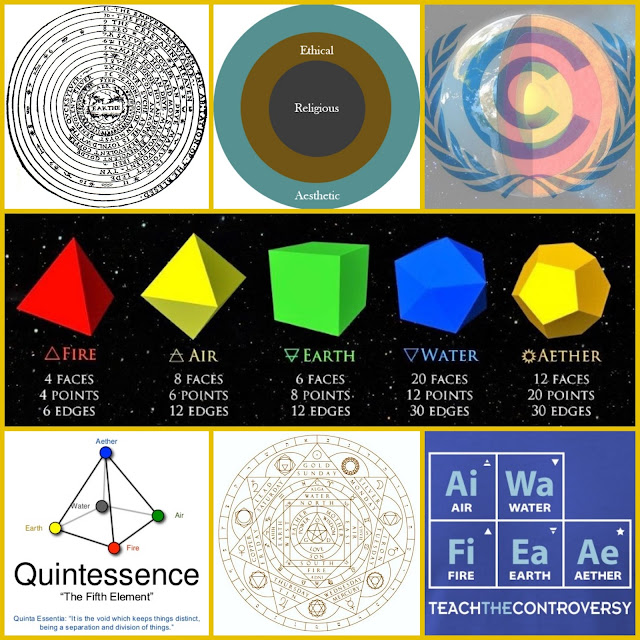 Yes, the Quintessence is not entirely gone, but most modern scientists simply ignore what was a key element in understanding the basic functioning of the material world for over two millennia. Aether dictated mans understanding of earths atmosphere, the planetary revolutions or music of the spheres and the greater cosmos including the transmission of light from the stars above. It was particularly important to the science of physics but its influence permeated every natural science and philosophical/religious conceptions of reality - It was an eternal element from which God made the universe. Were these pre-19th century alchemists stupid, ignorant or dishonest? No, they simply accepted the consensus of their tutors and passed that knowledge down to their pupils perpetuating a false scientific framework for the future to build upon (or maybe it wasn't false - maybe our new framework is the false one). We've come to learn, over time, that the earth is not the center of the cosmos, aether does not fill the heavenly void, the universe is not static and many other things that disprove or invalidate broadly accepted wisdom. Based on empirical evidence and the fact that many doomsday predictions preached by scientists with earnest concern or cynical calculation have not come to pass over the past 50 years I chose to put Climate Change on the shelf beside Aether as an interesting idea that can't be proved. As a practical matter temperature variation is irrelevant because mankind, the animals and the earth will simply adapt to the new physical environment - humans are actually very good at this. So why all the anger and hurt feelings from the world community when Trump said, "stop talking about this crap - I'm leaving" and ripped up the climate accord? 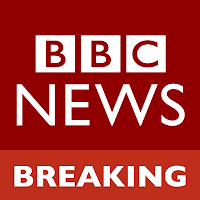 We interrupt this blog to bring you breaking news from London, England where three lads have just mowed down a group of pedestrians on London Bridge whilst driving down to the pubs where they hopped out of their truck and stabbed 50 of the Queens subjects using 12 inch kitchen knives.

Talk about a convenient truth, I was just about to write a long paragraph about avoidance and displacement as fundamental drivers behind the climate change movement when a different set of drivers jumped right onto the screen and made the point better than I ever could saying nothing more than 'this is for Allah' and letting their actions do the talking. This act of Islamic inspired terror wiped the climate change PCA narrative right off the front page and discombobulated all the TV news producers who had to book new guests for the weekend talk shows - in with the terror experts and out with the climate socialists. The stark juxtaposition of the furious anger so many expressed over the US withdrawal from a stupid international agreement and the cowed appeasement voiced by the same people in the face of a maniacal and indefensible terror attack calls to mind Kierkegaard's philosophical novel "Either/Or" and it's division of humanity into two categories - the aesthete and the ethicist. All men start out life as aesthetes in search of frivolous entertainment and thrills but some men transform into ethicists and assume the duties and obligations that civilization demands. The aesthete is as common as dirt and they live happily, if you can call it that, with the choices they've made and the shiny objects they've collected while navigating their personal maze. The ethicist is a rare creature comparatively, but there are ten to twenty millions of them in America where they are free to live the dutiful life and enjoy its rewards - basically they keep the place running and winning. But there are two other types - and amalgam if you will - that are rarely discussed in this dialectic but go a long way to explaining climate change angst. 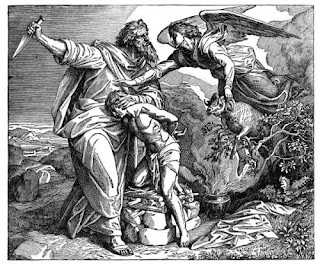 The cause of these vague and misdirected obsessions is centered in the God problem which  Soren K explored in "Fear and Trembling" which meditates on the sacrifice God commands Abraham to make of his son Isaac. The demands the Lord makes on his people are too serious for the aesthete and too irrational for the ethicist and require a determined will to realize. Sacrificing ones child is an impossible task and that makes it the perfect story to illuminate Kierkegaard's view that faith usurps reason (science) and obliterates social norms. As every parent knows, God does demand the sacrifice of a son and he will take him by war, disease, accident or homicide - maybe a suicidal Jihadist out on a Friday night. We try in every way to protect the child but this broken world will inevitably bound him and place his body on the alter under the sword leaving us with no option but to pray for God's mercy, love and forgiveness. May the Angel of the Lord protect us and prevent the needless sacrifice of our children on the alter of the United Nations, Paris Climate Accord or any other pile of wood.