April 22, 2015
Rotating on its axis at approximately 1041 MPH and orbiting the Sun at 69,360 MPH our Earth is moving fast. The Sun (and our  Solar system) is orbiting around the Galaxy at 446,400 MPH which adds to the overall speed of the equation. So is it any wonder that man is obsessed with getting off this ride?

Every year since 1970 the globe has marked Vladimir Lenin's birthday with Earth Day celebrations that champion his cause. Targeted at the middle class(peasant) this event is very popular with the modern global citizen - but why shouldn't it be? As Lenin said:


"No Bolshevik, no Communist, no intelligent socialist has ever entertained the idea of violence against the middle peasants. All socialists have always spoken of agreement with them and of their gradual and voluntary transition to socialism."

The Earth is quite old and did not always look the way it does today. The Triassic period sheds some light on our current predicaments and gives hope for the future. Yes, there were mass extinctions and violent geological upheavals on a scale that would turn today's Eco-Warrior into a quivering pile of plasma, but there was also the creation of new life unimagined before the turmoil. The major geological landmasses of Gondwana and Laurasia are with us today and remain very distinct even after eons of tectonic movement. Vlad Lenin was solidly Laurasian but Leninism was willing to work with Gondwanans towards its own ends. And the world kept turning. It's turning now. 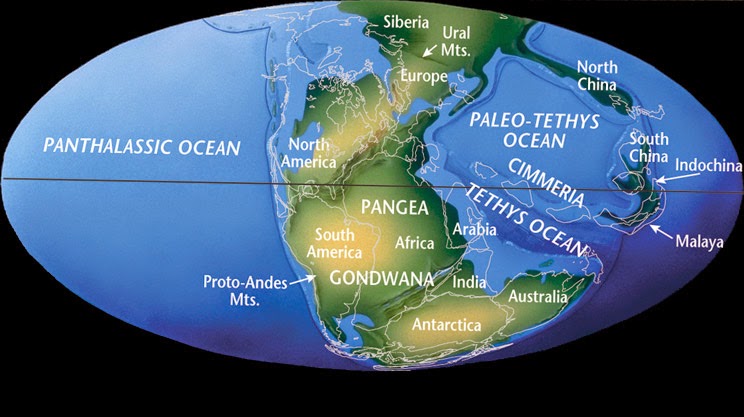 Just in time for Earth Day, the Idaho prog-rock band Built to Spill has released it's latest group of recordings under the title "Untethered Moon" (i.e. no Earth) and it is, as always, a magnificent contribution from Doug Martsch and friends. One track is of special significance for me on a day like Earth Day - it's just "Another Day."