Just as cosmologists don’t know what dark matter is. All we know is that there is something that doesn’t add up and very likely points to some profound error in our assumptions about reality. That’s what we should be concentrating on, rather than getting into elaborate and suggestive metaphors like “movies in the head.”

An example is NBC contributor Anand Giridharadas who was grilled by schizophrenic “Morning Joe” Scarborough on his Trump = Hitler false consciousness yesterday. It must have come as something of a surprise to Anand since Joe had been making the case that Trump = Hitler for the 6 months leading up to Nov. 8th but he should remember that for 6 months before that Joe had been all buddy-buddy with DJT while he was kicking sand in the face of the GOP primary contestants. So for a "lock-step Republican" like Joe Scarborough Trump was an iconoclastic truth teller last year at this time and remained a needed corrective to Republicans who just didn't get it until April/May 2016 when he transformed into Hitler (okay, not Hitler but Mussolini for sure) once he'd secured enough delegates to win the presidential nomination and Hitler he remained until November 9th at 2AM EST. And now??? What now Morning Joe crew? Mika? Willie? It's been three weeks since Trump won the presidential election - something you all claimed was impossible - so is he still Hitler?

Answer: No (he never was Hitler nor was he Mussolini - hell, he wasn't even Juan Perón). It was all a Love Trumps Hate lie pounded into Americas head on every network, in every newspaper and magazine and repeated across the many social networks by frightened citizens spreading the word as best they could.


This is a problem: how to get from the neural correlate—the fact that there’s neural activity when I experience something—to the thing itself, the experience? As Bertrand Russell almost facetiously put it, when one licks chocolate ice-cream nothing in the brain tastes like chocolate. Of course an experience also has correlates outside the brain: the sensory organs—eyes, ears, nose, skin, tastebuds—not to mention the object itself that we experience, light, soundwaves, that chocolate ice-cream, whatever. 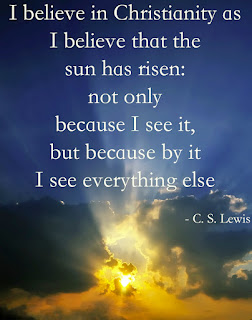 A real puzzle to explain what consciousness is - especially when the NYRofB rules out spirits and souls as having any part in it - trapped in the material world. You can't really tell fearful people that they aren't "rational" after telling these same people they should be very afraid for months - after you've been shaping their conscious life day after day with absurd claims of racism and sexism and xenophobia and homophobia and every other ismphobia you can think of. "William James put this very clearly when he asked, How can the room I am sitting in be simultaneously out there and, as it were, inside my head, my experience? We still have no answer to that question."

Unless, strange to say, "the room" doesn't exist independent of my consciousness which is what Donald Hoffman postulates as a conscious realist and his argument is pretty damn good that reality is not anything like what we perceive it to be using our 5 senses. The complexity of existence has been hidden, for good reason, from us and what we see, hear, taste, touch - even what we say is an evolutionary illusion created to keep us alive and reproducing. Our reality, our experience, our consciousness changes when we add other conscious agents (people) to our lives and that includes, for better or worse, the people on TV which is only sight and sound and an illusion within and illusion.


Hoffman: The formal theory of conscious agents I’ve been developing is computationally universal—in that sense, it’s a machine theory. And it’s because the theory is computationally universal that I can get all of cognitive science and neural networks back out of it. Nevertheless, for now I don’t think we are machines—in part because I distinguish between the mathematical representation and the thing being represented. As a conscious realist, I am postulating conscious experiences as ontological primitives, the most basic ingredients of the world. I’m claiming that experiences are the real coin of the realm. The experiences of everyday life—my real feeling of a headache, my real taste of chocolate—that really is the ultimate nature of reality.

How each person sees the world is unique but the impact on our conscious life of others perceptions can be very powerful. Important to realize the impact, positive and negative, that family, friends and co-workers have on your perceptions and living experience - and sometimes it's a good idea to look at the world in a completely different way than what you've grown accustom to. I love the bitter, exotic taste of dark chocolate and it's filled with anti-oxidants which I'm told are very good - I don't understand how I experience its flavor (no one does) but I'm happy that I have.