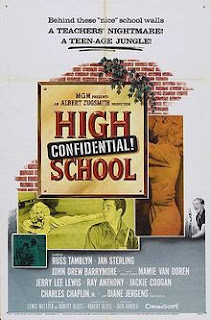 There is a natural temptation to judge Robert Creamer harshly what with the political violence and vote stealing he masterminds, but I want you to consider what life was like for a boy named Creamer in high school. With that name as your signature your political alignment is pretty much sealed from birth because your adolescent years are guaranteed to be a living nightmare. "Hey Creamer, where are your rubbers?" It would instill a vile hatred in anyone who had to suffer through it and the desire to lash out, to hurt the miserable jerks who creamed in their coffee and creamed their cheese and creamed in their pants every day for 4 years would be irresistible. Besides, this kind of political hatchet man is needed and they do some measure of good directing the misguided and whimsical dictates of Congress - in Creamer's case that would be his wife Rep. Jan Schakowsky (D) from Illinois's 9th congressional district. She's been there since 1998 and she'll probably be there a lot longer - her predecessor Sydney Yates was the longest-serving member ever of the United States House of Representatives from the state of Illinois. Jan, who is 72 years old would have been in high school when Sydney was working diligently in the House to pass the Switchblade Knife Act of 1958 which must have been an inspiration to a young schoolgirl of what good government could do - she certainly walks, talks and quacks like a GoGo Liberal. Check out the synopsis from Wikipoo:


During the late 1950s, after a series of lurid magazine articles and Hollywood films helped to sensationalize youth gangs and violence, Yates called for legislation to ban automatic-opening or switchblade knives, proclaiming that "Vicious fantasies of omnipotence, idolatry...barbaric and sadistic atrocities, and monstrous violations of accepted values spring from the cult of the weapon, and the switchblade knife is included in this. Minus switchblade knives and the distorted feeling of power they beget--power that is swaggering, reckless, and itching to express itself in violence--our delinquent adolescents would be shorn of one of their most potent means of incitement to crime." The ban on switchblade knives was eventually enacted into law as the Switchblade Knife Act of 1958. Rep. Yates and other congressmen supporting the Switchblade Knife Act believed that by stopping the importation and interstate sales of automatic knives (effectively halting sales of new switchblades), the law would reduce youth gang violence by blocking access to what had become a symbolic weapon. However, while switchblade imports, domestic production, and sales to lawful owners soon ended, later legislative research demonstrated that youth gang violence rates had in fact rapidly increased, as gang members began using firearms instead of knives.

Isn't GoGo great! Unintended consequences of small arms control and, needless to say (one would think), a direct violation of the 2nd Amendment of the US Constitution.


As an anti-violence measure, legislation against switchblade sales or use clearly failed in the United States, as youth street gangs increasingly turned from bats and knives to handguns, MAC-10s, and AK-47s to settle their disputes over territory as well as income from prostitution, extortion, and illicit drug sales.

Sydney Yates hung on until the very end, leaving Congress one year before his death at the age of 91. That means that the good citizens of the 9th were "represented" by a man in his 70's and 80's for two decades. And since Jan is just 72 years old we can assume that she won't leave office until the year 2034. Yates would approve:


Mr. Yates was one of the first congressmen to speak out against age discrimination, arguing in 1951 that mandatory retirement of workers was wrong and deprived older people of their right to lead a proud, productive and independent life.

This is the world that Robert Creamer cheats and steals for, serves prison time for, lives and dies for - Old fools shuffling around Capital Hill passing stupid legislation that Makes America Bad. A knife tucked away from view but ready to spring into action to act out his "vicious fantasies of omnipotence, idolatry...barbaric and sadistic atrocities, and monstrous violations of accepted values."