A pence for your thoughts 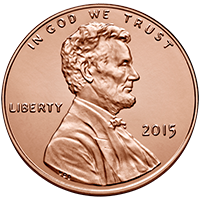 A little over a year ago I gave the rundown on the potential GOP field based on Roger Simon's observations in Politico (which were elephant dung) and, in retrospect, my take holds up - especially in light of last night's Iowa Caucus which for those who give a damn (I don't) was pretty important. Back in Jan. '15 my money was on Mike Pence to thread the Establishment/Tea Party needle and pull the Republicans together but, alas, come springtime Mike Pence got sandbagged in an orchestrated effort (not sure who was behind it) to take him out and it worked. JEB! formally announced his candidacy on June 15 and like a domino Trump announced his run on June 16 with what seems to me to have been a singular focus of denying the Bush dynasty another 4 to 8 year stay in the White House. Now we have an amazing GOP field of players leading the pack: